Intro
When MGA failed in his death prophecy vs. Athim, 3 of his followers left Ahmadiyya.  The list and reference is posted.  This is also confirmed in Kitab ul Barriya (1897).The list:
1. Munshi Muhammad Ismail (convener of the debate)
2. Mirza Muhammad Yusuf, Secretary of the Debate and
3. Mir Muhammad Saeed, brother-in-law of Mirza Ghulam Ahmad.

MIRZA AND MUNSHI GHULAM QADIR FASIH SIALKOTI
SEERATUL MAHDI PART-III PAGE 681
“”””(755) stated to me by Dr. Mir Muhammad Ismail Sahib that Munshi Ghulam Qadir Fasih Sialkoti paid allegiance to Hazrat sb soon after his claim of masih maoud. He shows great zeal and selflessness in the beginning. So Hazrat sb has mentioned him in his book IZALA AUHAM. He was a fast friend of hazrat Molvi Abdul Karim sb. He did not hobble at the time of Athem,s shock, nor he reeled on the issue of nikah of Muhammadi Begum. How did he hobble was strange. He did hobble when Hazrat sb went to see chola sahib at Dera Baba Nanak Batala and after that he intended to write book SAT BACHAN. At this stage Munshi Ghulam Qadir said what kind of Mashi is this that he is wasting his time in such non sense activities just to prove that Baba Nanak was a Muslim. This is not a deed to be done by a person calibre of masih so he quit and never returned here till his death. This humble author says Munshi sahib was an english speaking educated and learned man and was president in the Debate with Athem from our side. But unfortunately he got knocked down.”””” 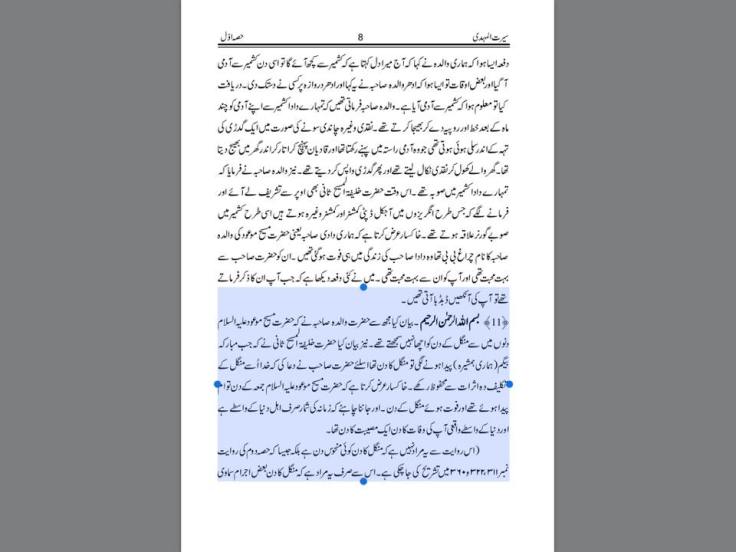