Most Ahmadis hated Nabeel, and avoided his invitations to debate, even Qasim Rashid

In the below, I have posted tweets wherein Qasim Rashid made some disparaging and rather rude remarks towards Nabeel… 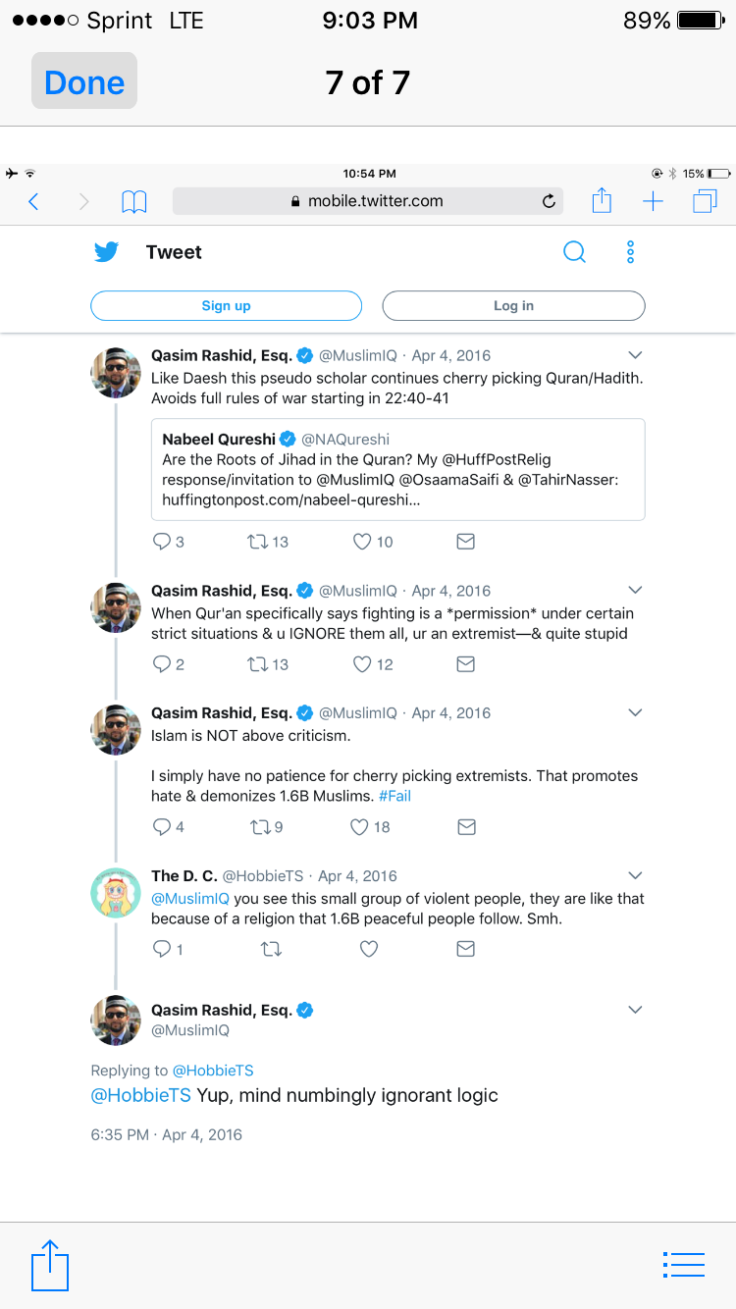 Other Ahmadis tweeting vs. Nabeel 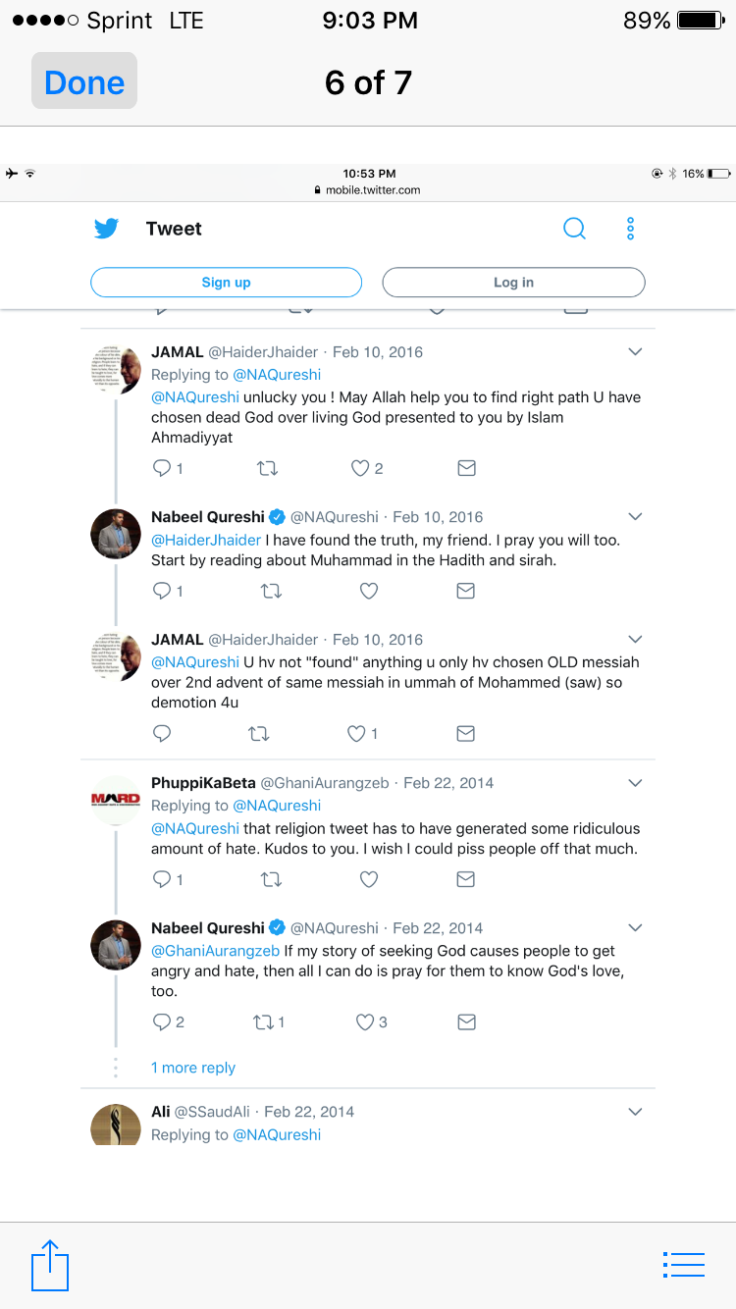 Many of us all know about Nabeel Qureshi, the former Ahmadi who converted to Christianity. Not many people are familiar with his Ahmadi-Muslim background. In his book called http://www.nabeelqureshi.com/answering-jihad

towards the end he writes:

When I was investigating Islam and Christianity, my position was rather simple: since Ahmadiyyat is a subgroup of Islam, I would investigate its evidence after investigating the evidence for Islam. If there were good reason to believe in Islam, then I would investigate its various denominations. However, if Islam proved to be historically problematic, then there would be no need to consider any of its denominations. As it turned out, the latter was my conclusion. On account of the evidence, I rejected the shahada, and in so doing I rejected Ahmadiyyat. That said, I had come across some troubling matters regarding Ahmadiyyat before rejecting Islam. While I was researching Islam and Christianity, a close childhood friend of mine rejected Ahmadiyyat for Sunni Islam. Intrigued, I asked him his reasons, and he shared many arguments with me that I thought, if true, would pose significant problems for Ahmadiyyat. For instance, he argued that Mirza Ghulam Ahmad had issued many false prophecies. An example he gave was that Ahmad had prophesied that he would live until the age of eighty, but he died about a decade before that. Another of his failed prophecies was that a certain woman would marry him; she never did marry Ahmad, and a great controversy resulted on account of the failed prophecy. My friend also suggested that Ahmad had defrauded hundreds of people; he pledged to write fifty books for them and took payment for all fifty up front, but ultimately only wrote five. He justified this by saying, essentially, “The difference between ‘fifty’ and ‘five’ is a zero, and since zero is nothing, I have delivered what I promised.” These were just three of dozens of reasons my friend left Ahmadiyyat for Sunni Islam. I knew of a handful of other people that left Ahmadiyyat for other reasons, including the accusation that Ahmadiyyat functioned as a cult, with strong central control and a tendency to excommunicate people even for minor transgressions, such as playing music at weddings. But, as before, I had decided to visit these matters more carefully only if I determined Islam was true, and that never happened.
______________________________________________________________________________________________
A new Ahmadi, Abid Mirza, makes a youtube video which contradicts Ahmadiyya theory and MGA

3 thoughts on “Most Ahmadis hated Nabeel, and avoided his invitations to debate, even Qasim Rashid”