The Wahabi’s of Saudi Arabia and their connection to Ahmadiyya

Intro
As we all know, factually, the British government funded Arabs to revolt against the Ottoman Empire.  This was a strategic move, this wasn’t knew, the Brits did this in India also, they put the Sikhs in power before they took over the Punjab.

In 1932, Saudi Arabia was created
After defeating the Ottoman Empire in WW-1, the Brits created a puppet state known as Saudi Arabia.

The sons of Ibn Saud
Abdulaziz ibn Abdul Rahman ibn Faisal ibn Turki ibn Abdullah ibn Muhammad Al Saud was made a ruler by the British government.  He seems to have sent his son to the Ahmadiyya mosque in 1935 to get training or something. 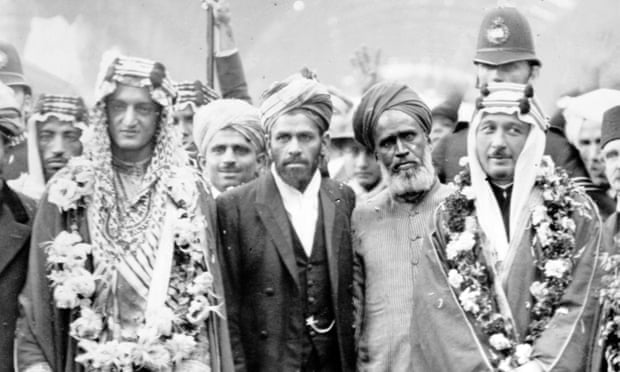