Intro
Fiona O’Leary had a huge beef with Ibrahim Noonan (@ImamNoonan) a few years ago in terms of Homeopathy and the Ahmadiyya fraud. She has had a run-in with the official Ahmadi-mullah, Ibrahim Noonan. Ibrahim Noonan has been ordered by his Khalifa to offend everyone, he is doing Jihad, he is using his Irish priviledge to specifically go after anyone who criticizes Ahmadiyya. 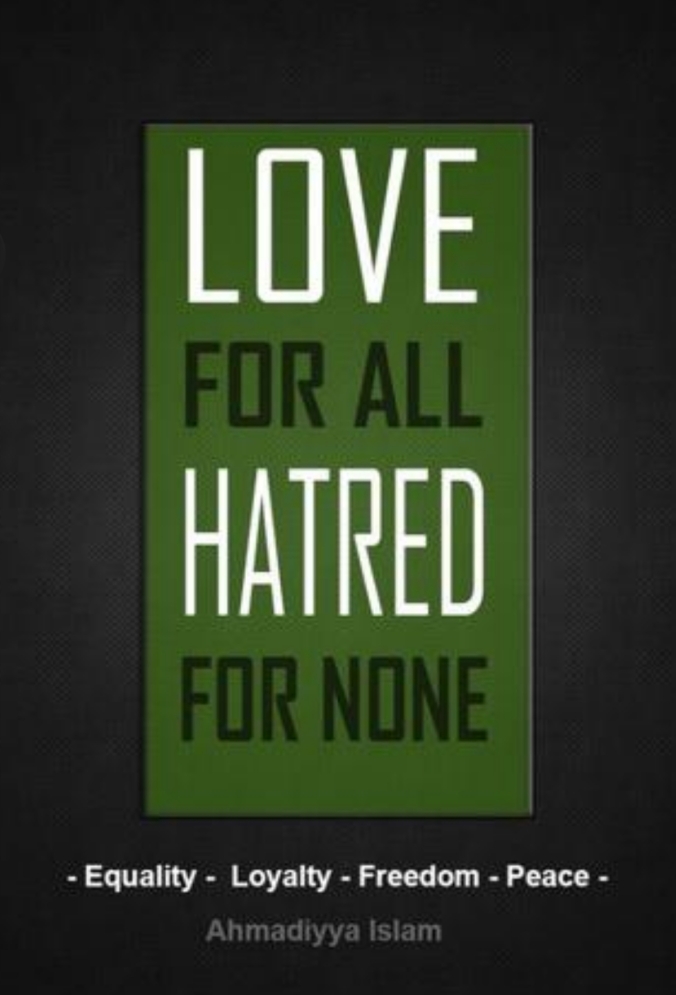 I wrote a blog about Ahmadi and their links to Scientology and the Quack ‘treatment’ Homeopathy, people can read about this here.

Not long after my blog was published I started to receive abuse on social media from male members of the Ahmadi movement.

The Ahmadi Imam in Ireland Mr. Noonan called on all Ahmadis to report me, see in screenshot below. 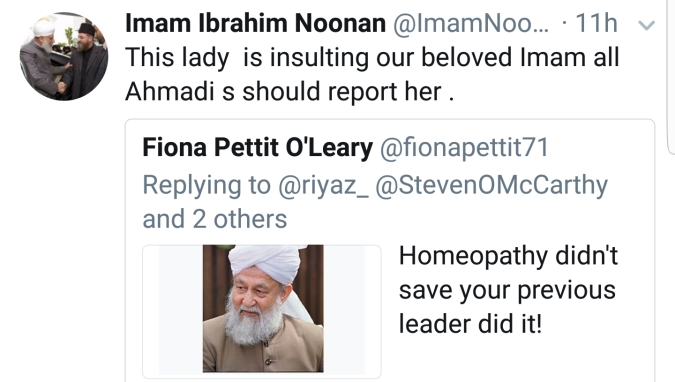 Noonan started a witch hunt on Twitter which then led to further harassment on my Youtube channel.

Noonan accuses me of bigotry and defamation because I highlight Ahmadis clear involvement with Scientology and Homeopathy.

Ahmadi Homeopaths are promising vulnerable people miracle cures, claiming they can treat and cure serious diseases and conditions with their sugar pills.

See in screenshots below. 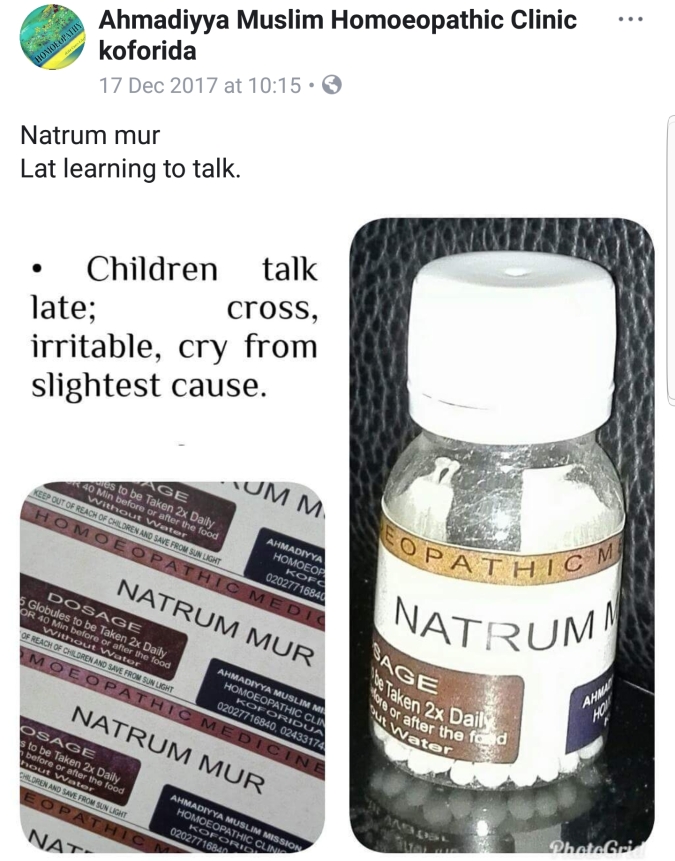 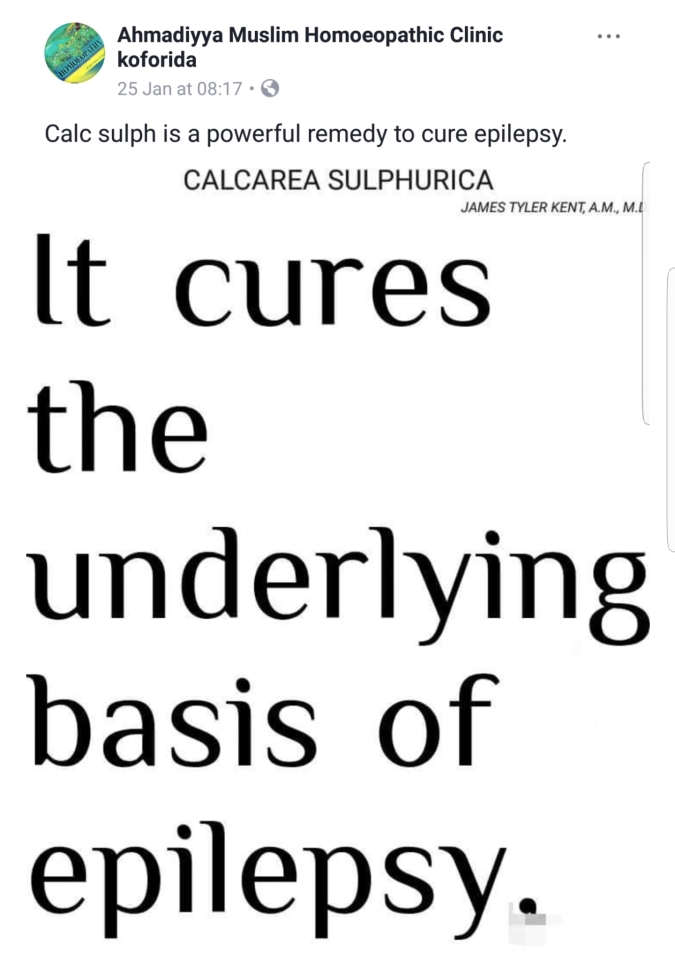 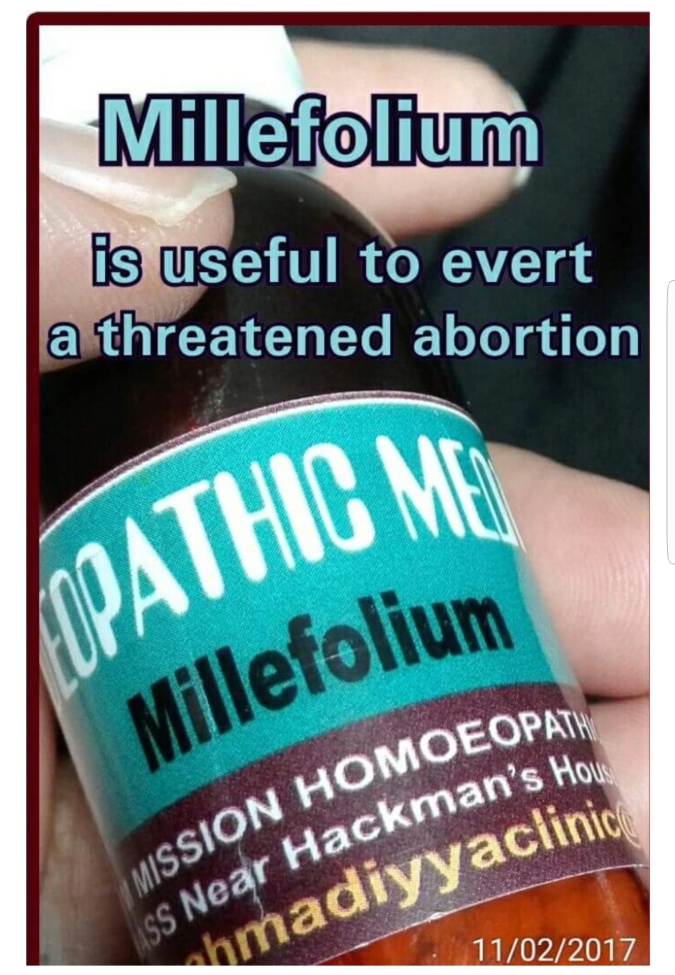 The previous Ahmadi leader was a Homeopath and spread so much misinformation and harm.

He even claimed that Homeopathy could save people from a Nuclear Fallout. 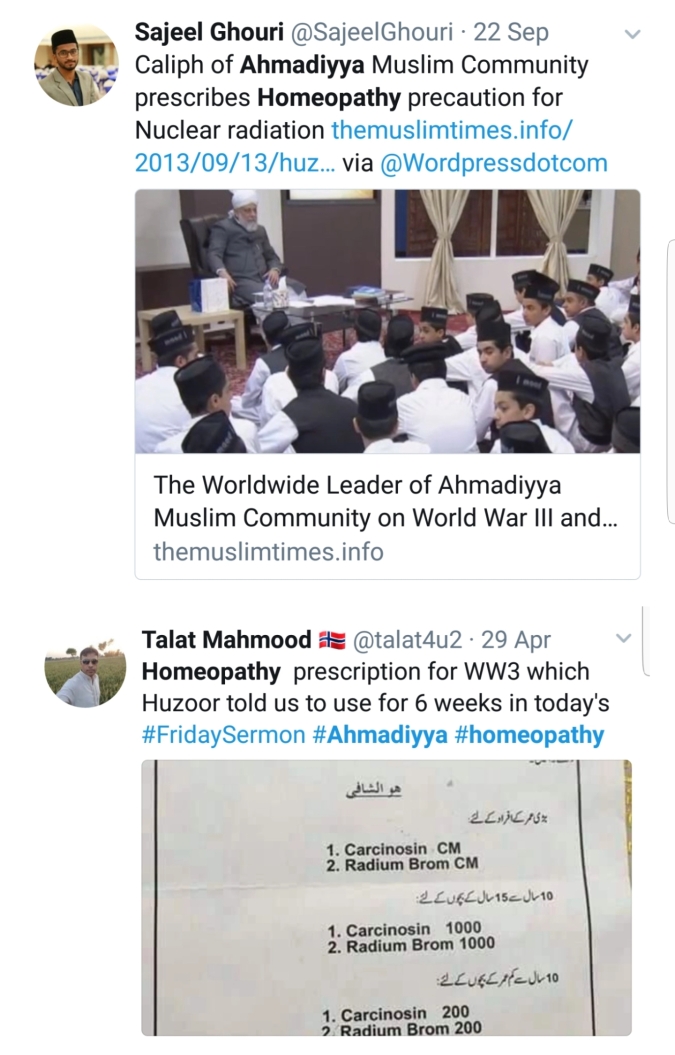 Vulnerable people, especially poor people are trusting Ahmadi and being duped by their snakeoil.

Ahmadi are now building a huge Homeopathic hospital in Pakistan, it is being constructed as we speak, learn more about this here.

I have been talking to a young man in the Ahmadi movement who shares my concerns about their quack treatments.

He says Ahmadis are not allowed to think for themselves and that they must obey their leader.

Ahmadis present leader also believes in this pseudoscience and would have given his support to this new quack hospital.

Homeopathy is a proven fraud.

The NHS and other departments of health are issuing warnings and clamping down on its advertising and sales.

Ahmadi are not concerned about these warnings and this information has been sent to them multiple times.

Some Ahmadi reps are even accusing me of having a hidden agenda, see below.

Ahmadi are offering this quackery worldwide including Ireland where I live.

Imam Noonan lives in Galway, he has been at the forefront of a hate campaign against me for some time now.

He has harassed me on Twitter, sometimes into the early hours of the morning.

He has reported me to the Police and continues to slander me.

I run a group called Autistic Rights Together, see what Noonan has shared about my group below.

Noonan shared a blog written by a well known quack and anti vaxxer.

This blog is anti LGBT, so I presume Noonan supports these hate filled views also.

Ahmadi have a motto ‘Love for all, Hatred for none’

Well I can confirm that they do not practise what they preach!

In fact they are quite sinister and I believe that this needs to be highlighted.

All the intimidation and abuse I have received has been from men from this movement.

Some comments include F**k Off, why dont you clean your filthy kitchen, comments about ridding Autism from my children and more.

It is the typical quack talk that I am sadly used to, however it seems to be organised and only happened after Noonan gave his orders, it is targeted harassement.

Then Ahmadi love to use the ‘Religious Card’

You are not able to discuss serious concerns or they will cry bigotry.

Imam Noonan is misleading people, he is endorsing pseudoscience and unproven ‘treatments’

The strange thing is, during our conversations on Twitter Noonan managed to keep something very well hidden.

If Noonan is so convinced and happy to endorse Homeopathy why did he not tell us about his wife?

Noonans wife Qanita is a Homeopath but he had not uttered a single word about this. 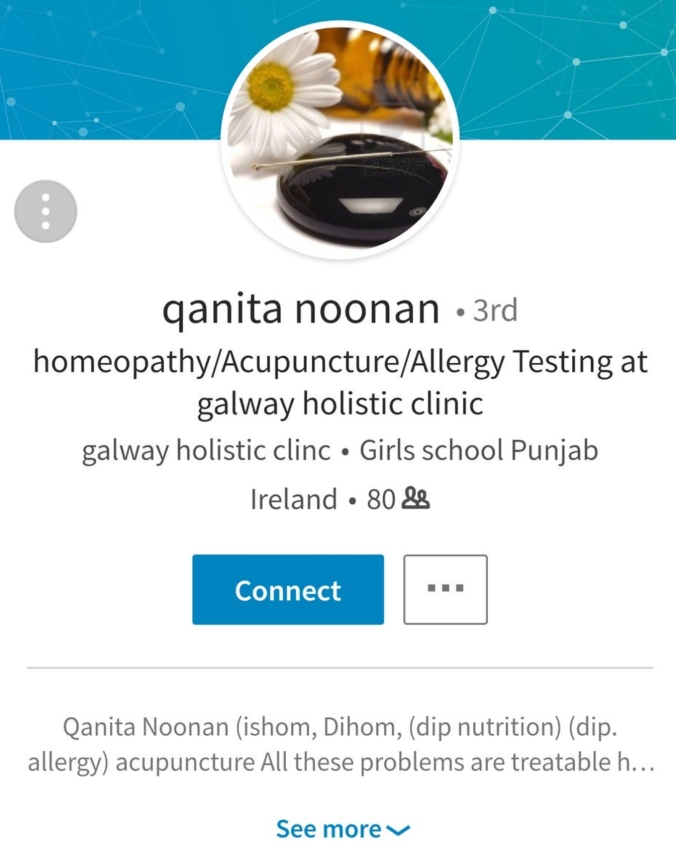 She has a quack shop in Galway and I called her undercover.

She was so very strange over the phone but told me she ‘treats’ Autistic children.

The name alone is digusting, it stands for Complete Elimination Of Autistic Spectrum Expression, like the final solution!

Imagine an Autistic child hearing this term, eliminating your expression and then subjecting them to this quackery.

Homeopaths charge between 60 and 100 euros for a visit.

Noonans wife wanted 60 euros to experiment on my child with her bogus sugar pills.

Noonan says his wife did not say she would ‘treat’ my Autistic child, listen to my call with Mrs. Noonan here.

Then I see Ahmadi reps saying they do not charge for Homeopathy, well they do!

Some Countries offer this quackery to the very poor, free of charge, many of these people are desperate and suffering from life threatening diseases.

They experiment on and use these poor people for research into their quack industry.

They extract money from those who can afford it and then exploit the poor!

Nobody wins, both rich and poor are being lied too.

Ahmadi are taking vulnerable people away from proper care and people die because of this.

I do not see the Pope peddling quack cures and if he did l would be addressing it also.

This has nothing to do with religion, I expose quacks and Ahmadi are guilty of peddling quack ‘treatments’

This HATE trail is not abating and now I have been told something really concerning.

A guy I know had an interview recently, there were some Muslims reps on the interview panel.

These individuals questioned this guy about me, asking him if he knew me.

It was men from a Dublin mosque. This is not normal, this is somebody at a job interview being questioned about me, a Mother who campaigns against quack treatments.

Please see screenshots of a handful of comments I have received from Ahmadi reps below. 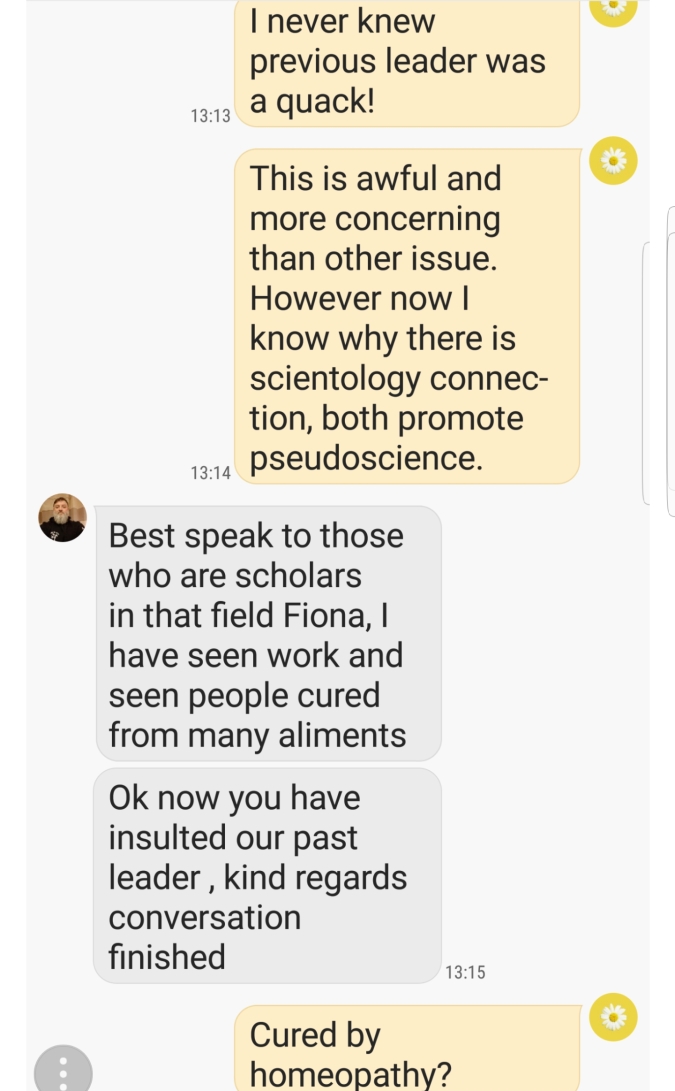 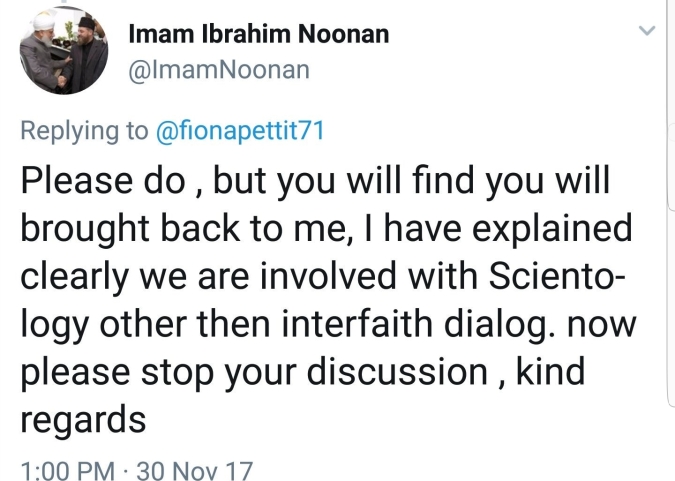 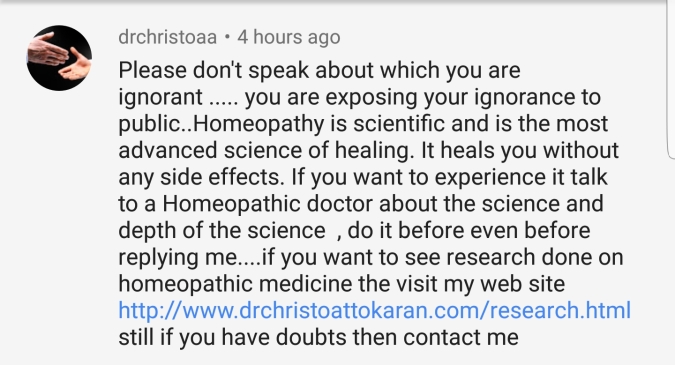 I will not be censored or set upon.

I am free to voice my concerns about pseudoscience whenever it raises its ugly head.

One of the speakers listed above is Rebeeb Mirza of Ahmadiyya, see details here.

Rebeeb can be seen with Scientology members at the Youth For Human Rights event in screenshot below. 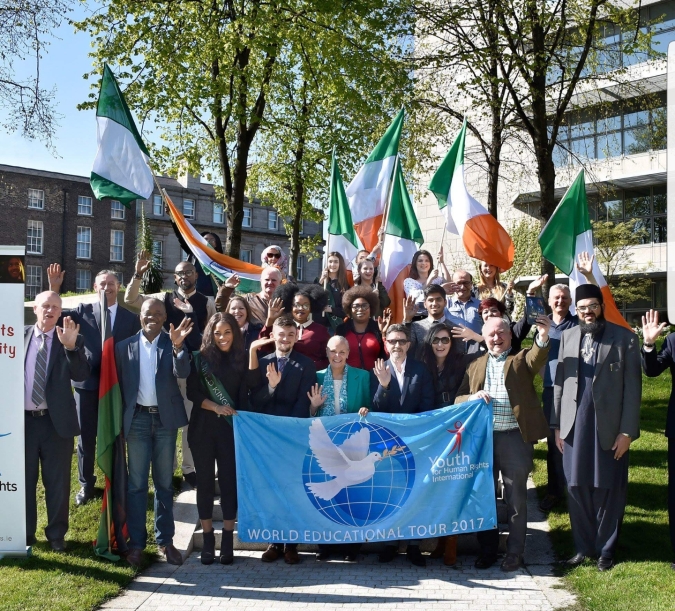 See Rebeeb hiding his face whilst leaving the grand opening of the new Scientology Centre at Firhouse Dublin below.

I have contacted Rebeeb and his colleague Mr. Noonan at Ahmadiyya Galway about this serious issue, Noonan says he does not support Scientology and is planning on making a statement in the future but must speak with his ‘leader’ first.

However I had rather a heated conversation with Mr. Noonan today where it seems he has spent a lot of time engaging with people who are handing him dirt and lies in an attempt to discredit me. Are these Scientologists he has encountered while conducting his inquiries into the cult? Time will tell.

Noonan says he was ringing around and says many people have given him information about me, apparently I am a troublemaker. In the course of our conversation Mr Noonan also mistakenly made a defamatory comment about me, saying that there is a restraining order against me.

No such restraining order exists.

Rebeeb has not made a statement to date regarding his involvement with this cult.

On further research I have found Ahmadiyya linked to Scientology in the UK and other Countries.

Read articles about this connection here and here.

See screenshots of comments made by Ahmadiyya community below.

Ahmadiyya homeopathy is an obvious fraud