Some excerpts from the classic book on Ahmadiyya: “Raees e Qadiyan”

Intro
The author of book is Molana Rafiq Dilawari and the name of the book is Raees e Qadiyan. It was published for the 2nd time in 1996. The first publication is not mentioned in this book.  He also writes that MGA’s father (in roughly 1835) was living hand to mouth in a state of poverty. Out of his weak financial position, MGA’s father had to work in nearby towns and in Kashmir. Later on, because of the business of Ahmadiyya, it was Mirza Qadiyani who changed the status of family from poverty to well being.  A friend of mine wrote the Summary and Explanation in the below.

The author of book Raees e Qadiyan states amazing facts about The family lineage of Mirza in the light of his own claims.

He writes “that in the beginning Mirza used to introduce himself as
Muballigh e Islam and used to write Mirza before his name, meaning thereby he belongs to Mughal family. In 1897 he published his book Kitabul Barriyah and at page 134 he mentioned his lineage as Mughal Barlas and that his elders entered into Punjab from Samarkand. But to the height of stupidity, at margin of page 135 of same book he wrote that on the basis of Ilham that I received, my great grand fathers were of Persian origin.

However Masih sb had a new somersault on this issue, when he published his Risala “AIK GHALTI KA IZALA” on 5th November 1901′ he wrote on page 16 of this book that “I am of Israelite and Fatimid origin” which means he was from the Lineage of Hazrat Ishaq a.s and Hazrat Ismail a.s simultaneously. Any way now Mirza sb became 4 in 1 i.e he was from Mughal , Persian, Israelite and Fatimid lineage. 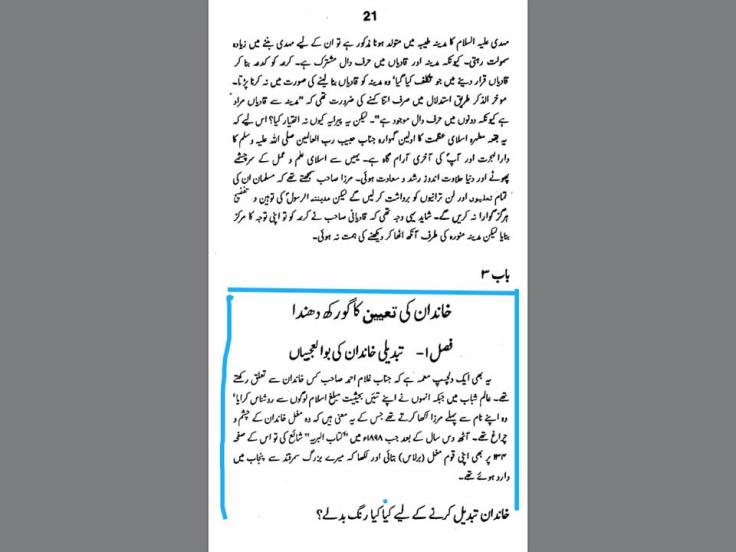 The author mentions how his father converted to Ahmadiyya 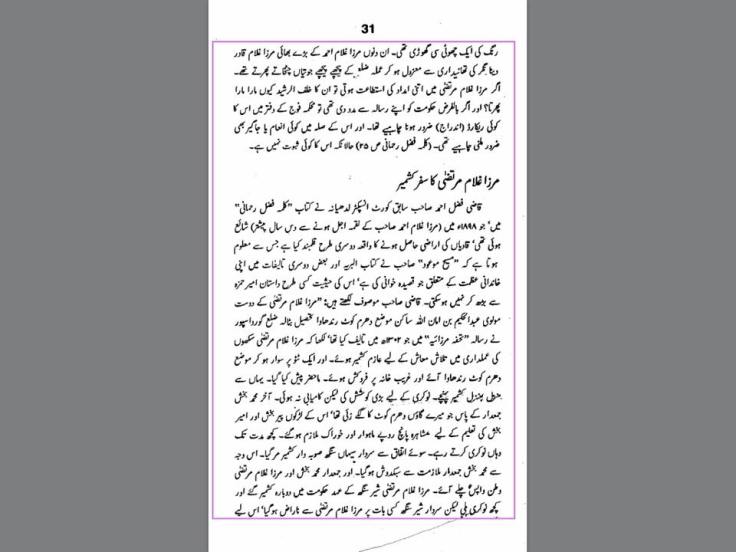 One thought on “Some excerpts from the classic book on Ahmadiyya: “Raees e Qadiyan””