Intro
This case was eventually settled out of court in 2020, however, it started in 2017. The lawsuit had to do with an Ahmadi-only community that violates housing discrimination laws in America. Ironically, in the lawsuit, Gemcraft Homes admitted to selling 22 homes specifically to Ahmadi only people, and thus they have admitted to housing discrimination. Robert Spencer has made a video also. Nevertheless, retirement communities of this nature are allowed all throughout the USA.

Most people don’t have a perfect understanding of Ahmadiyya, since NO ONE has 10 years to waste in researching Ahmadiyya. Since I am an ex-Ahmadi, I researched/research Ahmadiyya until they will be shut down. Nonetheless, the people of Joppa Town have no idea that Ahmadiyya INC has already created “Ahmadi-only” housing in Canada, through collusion with politicians in Canada, thus, we are sure now that Ahmadiyya is seeking to do the same now in America.

Check out these videos: https://www.youtube.com/results?search_query=Muslim+only+housing+in+Canada

Faheem Younus, who has helped the Ahmadiyya movement since he came to the USa since 1996, is the speaker on the Ahmadiyya behalf, he lies and tells tall tales all throughout his opportunity to speak. He starts off by crying how he was escaping religious persecution and came to America in 1996, he also says that it isnt his business to come and talk to people as such, he’s rather be home with his children, however, this is a lie, he is a President in the Ahmadiyya system and speaks on behalf of Ahmadiyya all the time. Further, he admits that he was the brainchild of this entire “building” project and how he had promised his uncle, who came to the USA in the 1960’s that he would build him a retirement community. Moreover, all of his comments are lies.

Real estate agent Gina Pimentel filed a complaint with the U.S. Department of Housing and Urban Development last month, claiming she couldn’t get information about the River Run units because Younus was “unlawfully privately marketing and selling only to Ahmadi Muslims.”

Ahmadi Imam Dibba, runs from a discussion on Ahmadiyya, contrary to his marketing statement, Coffee, Cake and True Islam

The Ahmadiyya Muslim community wanted a place for their elders (from all over the country) to retire in peace. After an exhaustive, nation-wide search, they decided to create a community (open to people of other religions) right here in District 7. Upon meeting some of their community members last year, I learned it was their firm, evidence-based belief, they were being discriminated against. So disappointed, I began advocating with them. Reaching out to a number of our representatives and only hearing back from one, who referred me to his lawyer.

Well, the results are in (“Harford ordered to release permits for houses in Joppatowne subdivision disputed as ‘Muslim community,’” June 23). The federal judge is quoted in this article saying, “the project had received ‘more scrutiny from the county than other projects as a result of the concern and pressure from some county residents because the prospective purchasers were Muslim.'” Fear of the unknown is understandable, but it is my great hope that as a community, here in Harford County, we can move past it. Instead, I hope we choose to be curious and kind.

As a Jewish person, I know what it is to be feared — even hated — for something that is simply a part of me and is of no danger to anyone. It’s a horrible thing I would wish upon no one. I am delighted to see the building of the Muslim-centered community proceeding. (I say “centered,” because they have stated all people meeting the age requirement would be welcome, but — as is the case with developments associated with many other faiths — it is primarily meant for Ahmadiyya Muslim elders.)

In addition to the humanitarian reason of simply being good, welcoming, community members (as any of us would wish for our own families), I would also remind my fellow District 7 residents of the financial ramifications. The federal judge was further quoted in this article noting that “the county will receive thousands of dollars, if not tens of thousands of dollars, in much needed valuable tax revenue, as well as additional law-abiding residents.”

I am thrilled that the development is moving forward and can’t wait to welcome the elders as my neighbors. 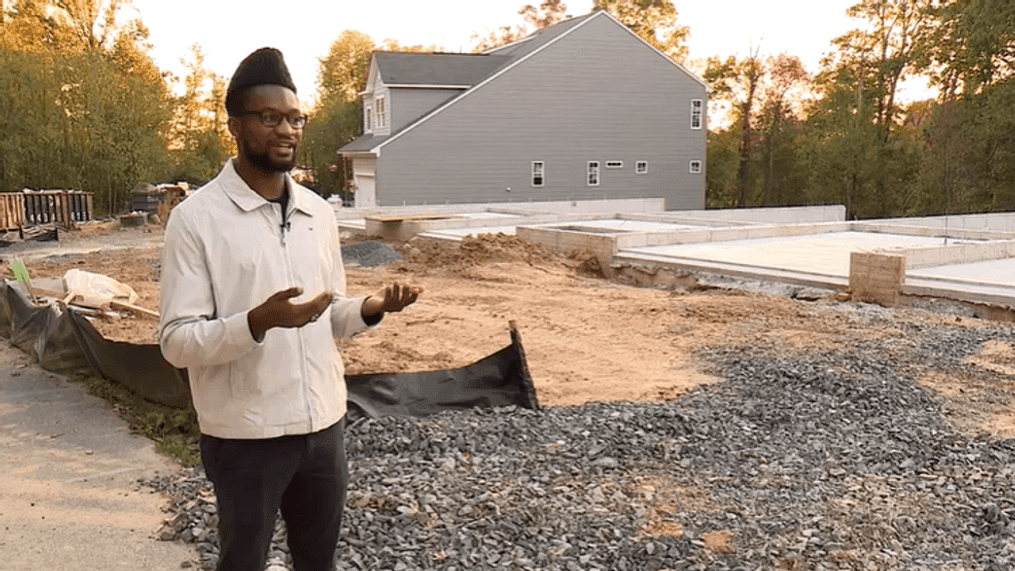 “Our elders are the ones who are interested in buying houses that are on sale,” Imam Abdullah Dibba told FOX45 in 2017.

JOPPATOWNE, Md. (WBFF) – Harford County government announced a settlement in a lawsuit over a proposed development in Joppatowne by the Ahmadiyya Muslim community.

The settlement means “the development may now move forward if the requirements of the Harford County Code are met,” according to a statement.

The development sparked protests and controversy, and the county was ultimately sued for anti-Muslim bias.

RELATED | Was a Joppatowne housing development put on hold because it attracted Muslim residents?

The settlement was funded by insurance proceeds, not taxpayer funds, noted the county.

The county’s out-of-pocket cost was a $300,000 insurance deductible to mount its legal defense.

Who is Mansoor Shams? The Fake Muslimmarine, who sells his life for Ahmadiyya

One thought on “Ahmadiyya vs. Joppatowne, Maryland, USA”