He said in 1967:
“I would like to inform Ahmadis all over the world that the next 25 years will be very crucial, for a spiritual revolution shall shake the world to its very foundations. I cannot say which nations will be fortunate enough to accept the message of Ahmadiyyat enbloc or in great force and whether those nations will be African, British or otherwise. But I do tell you that the day is not far off when certain countries or parts there-of will accept Ahmadiyyat and their governments will be run Ahmadis. The prophecies and visions of the Promised Messiah are quite clear on this point… It is not know through what furnace you will have to pass in order to bring about that electrifying change in the world throughout, but you shall be put on trial in a variety of ways before that day of fulfilment. So, you must be prepared for that momentous occasion heralding the advent of God’s kingdom on earth, in the manner foretold by the Holy Prophet and his accredited representative, the Promised Messiah.”

During his historic tour to Europe in 1967, Khalifatul Masih III warned Europe:
“The Promised Messiah also prophesied that a third world war of even bigger dimensions would follow the second. The two opposing Camps will clash with such suddenness that everyone will be caught unaware. Death and destruction will rain from the sky and fierce flames shall engulf the earth. The colossus of modern civilisation will tumble to the ground. Both the communist and the opposing blocks will perish in the process. Russia and its satellites on the one hand and the U.S and its allies on the other, shall be destroyed, their might broken, their civilisation ruined and their system shattered. The survivors shall stand aghast and amazed at the tragedy… The end of the third world war will be the beginning of the triumph of Islam. People will accept its truth in large numbers and will realise that Islam alone is the true religion and that the emancipation of Man is to be won through the message of Muhammad alone (on whom be peace).. But gentlemen, let us not forget that this prophecy, like all prophecies, is a warning and its fulfilment can be delayed or even averted provided man turns to his Lord, repents and mends his ways. He can yet avert divine wrath if he stops worshipping the false deities of wealth, power and prestige, establishes a genuine relationship with his Lord, refrains from all transgression, does his duty to God and man, and learn to work for the true human welfare.”
______________________________________________________________________________________________
1971
Scan work 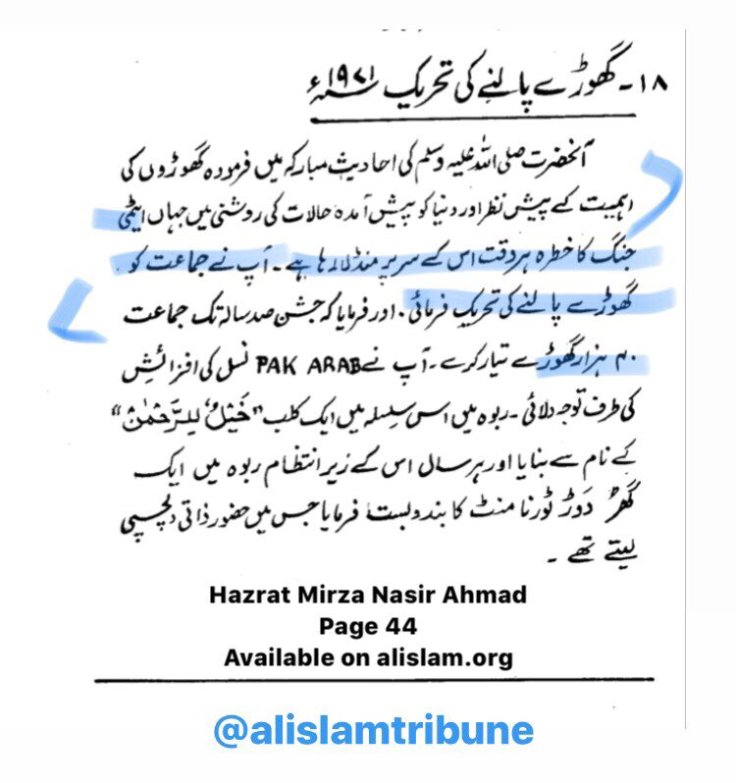 One thought on “Ahmadiyya and World War-3 predictions”