The history of Ahmadiyya in Australia

In 1985, Mirza Tahir Ahmad sent his employee Shakeel Ahmad Munir (1985-1991) to be the Amir and missionnary-in-charge. He is replaced in 1991 with Maulana Mahmood Ahmad, who seems to be Indonesian. Masood Ahmad Shahid and Qamar Dawood Khokar arrived in 1996 and begin working as murrabi’s. Maulana Mahmood Ahmad stayed until at least 2008.

Charles Francis Sievwright’s meeting with the Promised Messiah – Part I

The Ahmadiyya Movement alleges that Charles Francis Sievwright came to Qadian and met MGA. They claim that he changed his name to Muhammad Abdul Haqq. His arrival in Qadian is recorded in the third volume of Malfuzat under the title “Answers to the questions of an Australian new Muslim convert”. He was present in Qadian on 22 October 1903 and stayed for two days.

Ahmadiyya sources allege, that In 1906, while living in New Zealand, Charles Francis Sievwright accepted Ahmadiyyat. He later moved to the United States, where he passed away in Los Angeles.

In Tarikh Jamaat-e-Ahmadiyya Australia (1903-1965), on page 21, Hazrat Muhammad Abdul Haqq’s conversion to Islam and his visit to India, as a representative of the British and Indian Empire League, is mentioned. It is also written that he spent time in the province of North Queensland and wrote a novel that remained unpublished during his lifetime.

Memories of  Muhammad Abdul Haqq’s visit to Qadian and his meeting with the Promised Messiah are given in The Moslem Sunrise, October 1922:

The ROR of July-1914 presents Mr. A. Fraser Hill as an Ahmadi and even posted his letter to Mufti Muhammad Sadiq at Qadian. He seems to be living at the Seaview Hotel, Burnie, Tasmania, Australia. He has been given the name of Iskander bin Fairuz. He claims to have been introduced to Ahmadiyya via Professor Wragge. Mufti Muhammad Sadiq asserted that Wragge was an Ahmadi (which was a lie). Mr. A. Fraser Hill has a poem in this edition of the ROR too.

The ROR Of April-1915 alleges that a man (Mr. A. Fraser Hill) from Burnie, Tasmani, Australia has converted to Ahmadiyya, Mufti Muhammad Sadiq and Mr. Abdur Rahim are working in Qadian and corresponding with him. Mr. A. Fraser Hill is also mentioned in the ROR of Feb-1915, they allege that he received the Review of Religions.

The ROR of June-1915 alleges that Ahmadiyya has reached Australia.

In Oct of 1915, MGA was mentioned in “The Truth” magazine of Australia.

The ROR of January-1916 reports that the “Truth” newspaper published an essay about MGA, entitled, “Indian Messiah Ahmad” on Oct-3-1915. They seem to have compared MGA with the famous Tolstoi (Tolstoy). Hassan Moosa Khan has some of MGA’s prophecies published in the
“Truth”, some were the famous Dowie prophecy, and the Piggot prophecy.

The ROR of February-1916 alleges Hassan Moosa Khan Soofi is the only Ahmadi in the entire country.

The ROR of March-April-1916 reports that Hassan Moosa Khan Soofi is the only Ahmadi in the entire country and he is doing good work.

The ROR of June-1917 reports that Hosan Musa Khan is an honorary missionary and doing good work. The ROR has a typo, it wrote “Austria” instead of “Australia”.

The ROR of Aug-1917 reports that Maulvie Hasan Musa Khan has been joined in Australia by another Ahmadi, who will help him.

The Jan-1918 edition of the ROR reports that M.H. Musa Khan has established himself at “Little Gilbert St., Adelaide, South Australia. The ROR called him “our missionary” and even claims that he has converted people to Ahmadiyya. They also report that he has essay’s published in a Sydney paper, “The Truth”, wherein he argues that MGA predicted the defeat of the Ottoman Empire aka Turkey.

The Feb-1918 edition of the ROR reports M.H. Musa Khan is working as a correspondent of the Ahmadiyya Movement.

In the Aug-Sep-1918 edition of the ROR, Chaudhry Fateh Muhammad Sial wrote an article entitled, “Ahmad in Australian Papers”. Sayyal claims that there are 12 Ahmadi’s in Australia, of which 6 are white people (this is a lie). Sayyal names 2 other Ahmadi’s, Mr. Abdullah and Ali Bahudar Khan. The ROR then presents the article on MGA which was published in an Australian newspaper, “The Truth”, the article is entitled, “Ahmad, the Prophet”. They claim that MGA predicted the fall of the Tsar of Russia among other things. The death of Dowie is also presented as a sign of MGA. A book of the 2nd Khalifa was published by “The Telegram” newspaper, which is out of Brisbane, the book is, “Mighty Signs of the Living God” (written in 1917).

The Jan-Feb-1919 edition of the ROR reports that Hasan Musa Khan wrote a letter of condolence for the son of Sir Henry Galway. He was representing the Afghans of Australia and the Ahmadiyya Movement.

The ROR reports that Sufi Muhammad Hassan Musa Khan who is working as a missionary of sorts is working in Australia and has even started a newspaper, “The Moslem Sunshine”, this was also reported in the Moslem Sunrise. He is also in the ROR of March-April-May 1922. The Al Fazl of 2 October 1922 reports that Ahmadiyya has spread to Australia. 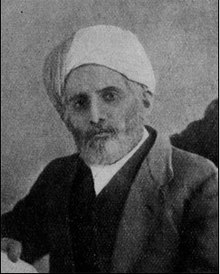 Hassan Musa Khan dies. Its unclear whether he is an ahmadi or not. He seems to have died and was buried by Sunni Muslims of Perth, Australia.

About a month ago I was transferred to Perth – WA.
Before going home I wanted to pay homage to two pillars of Australia Jammat – companions of the Messiah!
The two graves are a testament to the Messiah's truthfulness!

'Nay! They are leaving!' pic.twitter.com/DpHFmSPNb7

Ahmadiyya sources made a fake grave for Hassan Musa Khan in 2022 and allege that he died in 1945.

The Khalifa, Mirza Tahir Ahmad, seems to have visited Australia again. Shakil Ahmad Munir was still the Amir and missionary in-charge. The first Ahmadiyya place of worship is opened in July of 1989, its called, “Baitul Huda Mosque”, Sydney, Australia.

The history of Ahmadiyya in Australia is listed in the above book.

On 18 October 2013, the World Head of the Ahmadiyya Muslim Jamaat and Fifth Khalifa, Hazrat Mirza Masroor Ahmad officially opened the ‘Khilafat Centenary Hall’, built next to the Baitul Huda Mosque in Sydney.

Leisureland Fair was an amusement park which operated on this site from 1984 to 1992. It is now a housing estate with the only reference to it being a street named after it. The amusement park was situated on a large plot of land with a steam train which would take passengers from the carpark to the park itself. The park consisted of a large number of attractions including a custom built steel roller coaster, log flume, waterslides, mini golf, a function centre and various other rides. The only remaining part of Leisureland Fair is the former Function Centre, otherwise known as “The Castle”. This was renovated into a Community Centre and Place of Worship by the Ahmadiyya Movement. The Ahmadiyya Centre Melbourne was officially opened by Hadhrat Khalifatul Masih the 5th on his blessed Asia Pacific tour 2013. He led the Friday prayers and Friday sermon on the opening of this Centre on 11 October 2013.

Former Leisureland Fair (2010). When this operated from 1984 to 1992, a steam train would take passengers from the carpark to the park.

On 23 October 2013, the World Head of the Ahmadiyya Muslim Jamaat and Fifth Khalifa, Hazrat Mirza Masroor Ahmad delivered the keynote address at a Special Reception held to mark the forthcoming opening of the Masroor Mosque in Brisbane. Various non-Ahmadi dignitaries and guests, including Members of Parliament and Queensland’s Commissioner of Police, attended the event.

In December 2015, Prime Minister Malcolm Turnbull acknowledged the community’s contribution to Australia.[2] Ahmadiyya Muslim Association Australia national spokesman Aziz Omer said, “We are loyal to Australia and we want our kids to be loyal to Australia”, with association members delivering 500,000 Loyalty to Homeland leaflets. Australia Day celebrations at the mosque includes a flag-raising ceremony, the singing of the national anthem and a barbecue.[3]

By 2020, there also seems to be an Ahmadiyya Muslim Mosque in Victoria, also known as Bait-Ul-Salam, serves as a community center and is located in suburb Langwarrin.

Review of Religions, May and June of 1939, Professor Clement Lindley Wragge’s interview of MGA from 1908

2 thoughts on “The history of Ahmadiyya in Australia”