Intro
Baitul-Fikr is a room which is connected to MGA”s house and the Mubarak Masjid in a weird way(see at the 8:28 mark). The Masjid Mubarak is right next to it and was called Baitudh-Dhikr by MGA in the Barahin-i-Ahmadiyya Vol.4 (see pages 436-437, online english edition). Per Mujadid-e-Azim, Masjid Mubarak was built on the top floor of his house adjacent to the room where he did most of his writings. This room is now on the northern side of the Mubarak mosque and is called Bait-ul-Fikr (The House of Reflection). There was not enough space next to the room for a mosque so MGA had the street adjacent to his house that led to the Aqsa mosque bridged, and included the bridge as additional floored space within the Masjid Mubarak. The wood for bridging the street and roofing the mosque was obtained by cutting
some trees from his garden and the bricks for the walls were dug out of some old foundations. Bait-Ud Dua seems to be the opposite side. 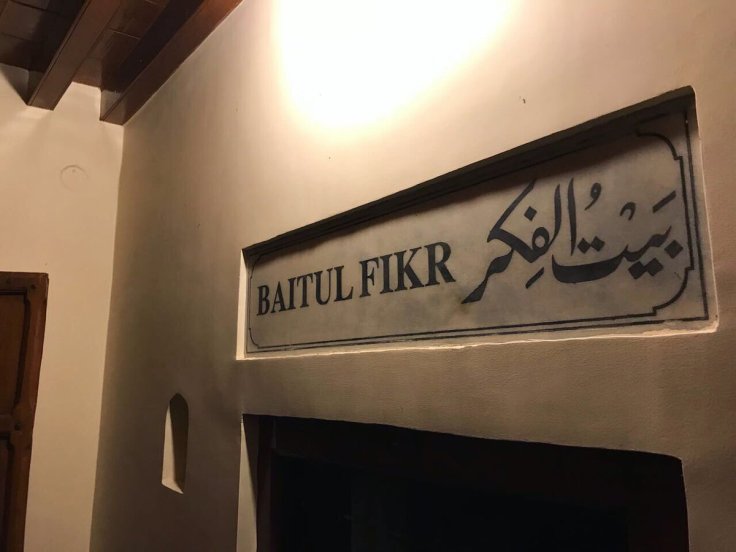 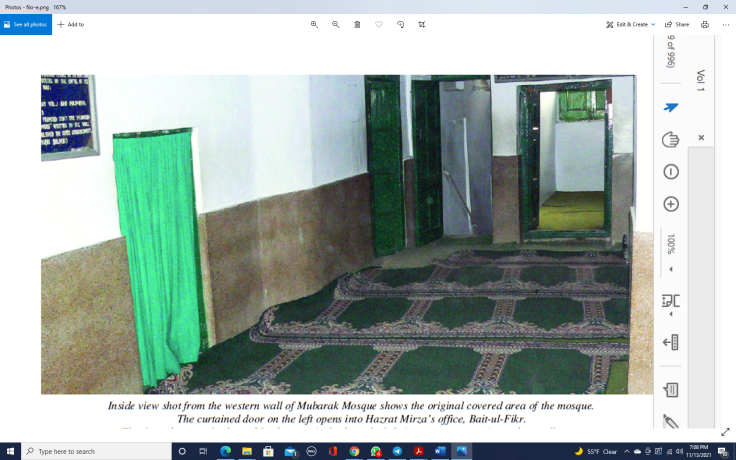 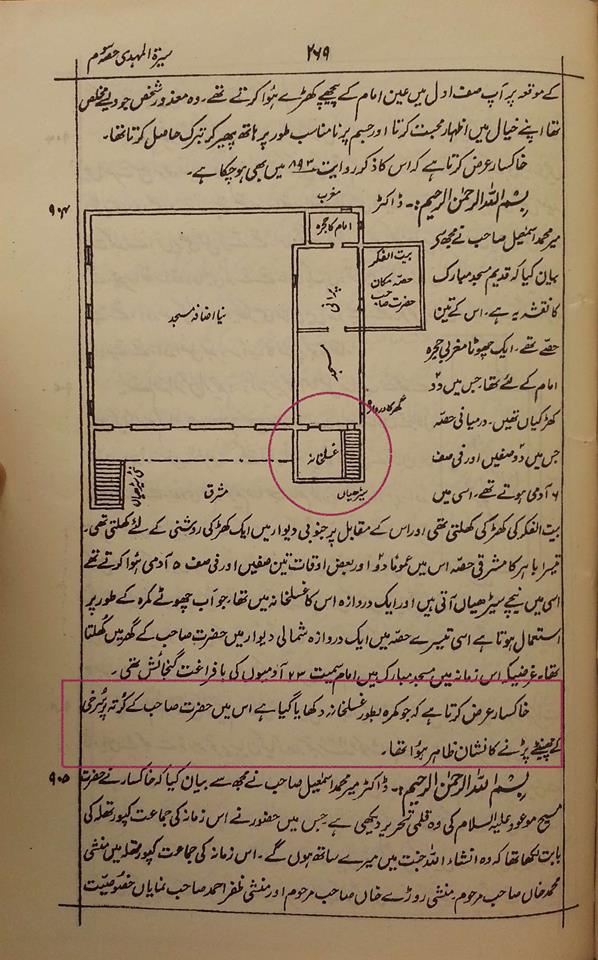 On September 16th-1899, a few revelations which would end up being published in Tiryaq ul Qulub were written on one of the wall’s.

Taking a brief look at the extension of Masjid Mubarak, it is disclosed that the first building remained in its original state for 24 years. Then, under the supervision of Mir Nasir Nawab in 1907, it was extended towards the southern side for the first time. It is demonstrated in the map below:

The second extension of Masjid Mubarak happened in the era of the Second Khilafat which came to its completion on 2 December 1944 with the conclusion of Salat led by Musleh-e-Maud, though work was still carried out in 1945 in order to give final details to the completion and construction. Due to this extension, the mosque doubled in size and space as compared with the building of 1907. This time, the duty of supervision was performed by  Mirza Bashir Ahmad while Syed Sardar Hussein Shah supervised the finer details of the construction. Countless devoted persons contributed to this virtuous cause, while the personal contribution of Musleh-e-Maud was reasonably large. The map of this extension according to an article of  Mirza Bashir Ahmad, published on pages 2 and 3 of 26 March 1945 Al Fazl, appears as follows:

Before MGA published Barahin-i-Ahmadiyya, he was claiming it was from God and a completed book

One thought on “What is Baitul-Fikr?”