Intro
In 2016, an Ahmadi boy was arrested and charged with arson. In this video, an Ahmadi tells about how money was stolen from the 50 million pounds that were allocated to the building of Baitul Futuh. He says het met Mirza Tahir Ahmad and told him that there was 6 million pounds of fraud. He says a man named Sheikh Rasheed stole lots of money. He even claimed that Ahmadi’s suffering in Malaysia will die and the Mirza family doesn’t care, they only want money. The architect was Chaudhary Rasheed, he has also built Ahmadiyya temples in Canada. On 4-28-22, a tweet was seen by @ahmadiinsaan, wherein he posted some scans which pertain to a testimony by Dr. Shabir A. Bhatti and from 2011. He was the chairman in the preliminary investigation committee. He seems to be an Ahmadi. This report alleged that Anjum Chaudhary misappropriated jamaat funds. 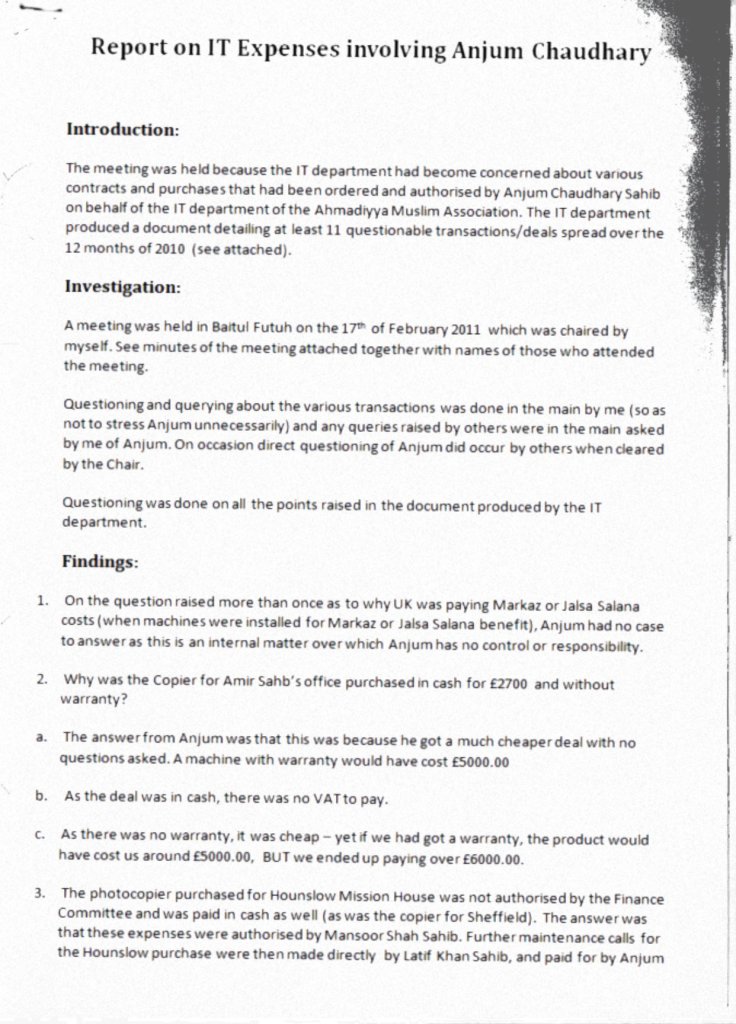 A teenage boy has been charged with arson after a huge blaze caused £6 million worth of damage at a south London mosque.

The 16-year-old, from Walton-on-Thames in Surrey, is accused of arson and arson with intent to endanger life following the blaze on Saturday, September 26 last year.

The fire caused £6,078,311 worth of damage after it broke out at a building adjacent to the Baitul Futuh in Morden just after midday.

Officers were called just before 12.20pm after reports of the fire on London Road.

The street was shut off for hours as firefighters tackled the blaze.

The teenager was arrested on the day after the fire but was not charged until Tuesday.

He has been bailed and is due to appear at Wimbledon Youth Court on January 18.

A second boy, also 16, was released with no further action.

Currently, there are around 10,000 Ahmadi refugees/ asylum seekers in Malaysia, Thailand, Nepal, Sri Lanka, Uganda, Liberia, Jordan and Turkey, among other countries

This is a Good read,about a decade ago an IT guy who is son of senior man working in the centre,claimed about £80k for a number of years & no-one bat an eyelid.This was one case caught because how carefree this guy was about his theft,plus he had insiders. #Ahmadiyya #Ahmadiyyat pic.twitter.com/dW3LW8wT0p