The history of #Ahmadiyya in #Jamaica

Intro
The history of #Ahmadiyya in #Jamaica seems to have started around 2010, by 2011, the Ahmadiyya Community had built their first and only temple, Mahdi Mosque in Old Harbour.
In 2015 Ahmadiyya Movement sent a delegation from Canada to hold marketing events in Jamaica. They also sent a young murrabi, Umair Khan, in fact, he explained the Ahmadiyya jalsa as an event wherein the women of the jamaat look like bollywood actresses and dress as such. (see it here on tik tok too). Umair Khan was working as the missionary-in-charge in 2015, not anymore.

There is only one Ahmadiyya employee aka missionary, his name is Tariq Azeem Sahib, President and Missionary-in-Charge, Jamaat-e-Ahmadiyya Jamaica. By 2022, we estimate that there are barely 1-5 Ahmadi’s in the entire country. They recently held a Jalsa (2022), wherein mostly guests were in attendance.

This temple was built in 2011. The Port Maria Islamic Center in Saint Mary and the Ahmadiyya Mahdi Mosque in Old Harbour. 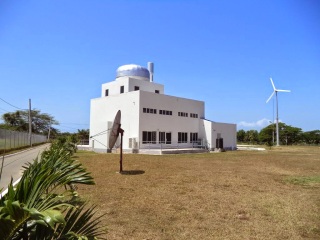 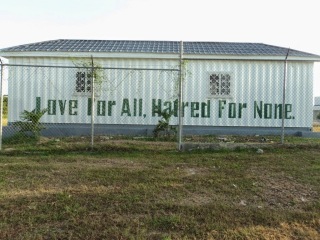 On 14 March 2020, Jamaat-e-Ahmadiyya Jamaica organised its first Regional Jalsa in Trelawny. Trelawny is one of the smallest parishes in Jamaica, consisting mostly of several small towns and villages.

By the grace of Allah, our Jamaat is well established in two towns in Trelawny, while a handful of members reside in nearby towns.

The panic due to Covid-19

The Jalsa was scheduled to be a three-hour event, including speeches and questions and answers. But three days before the Jalsa, the first Jamaican tested positive for Covid-19. This changed the mood of the country. Many who considered it a foreign issue now started to get worried and take precautions.

However, the government had not placed any major restrictions at this point and considering the Jalsa was being held in a rural area, we decided to go ahead with the Jalsa while taking extra precautions.

For the health and safety of all attendees, the length of the programme was reduced to two hours by shortening speeches and cutting out some segments.

The organisers placed the chairs at least three feet apart to maintain safe distance. Upon entry, hand sanitisers were provided to attendees. It was repeatedly announced that despite Islamic traditions, we would not be shaking hands. For distributing food, it was decided that guests would take food outside to the grounds to avoid any form of crowding inside.

The Regional Jalsa Salana of Trelawny Parish was chaired by Tariq Azeem Sahib, President and Missionary-in-Charge, Jamaat-e-Ahmadiyya Jamaica. The event started with recitation of the Holy Quran.

Following this, there was a faith-inspiring speech by Ibrahim Reid Sahib on “Why I became an Ahmadi Muslim?” The final speech of the day was delivered by local missionary, Abdullah Malcolm Sahib, on “The Messiah of the Age”. The speeches left a great impression on Ahmadis and non-Ahmadis alike as it was visible during the questions and answers.

At first, the guests asked a few questions and this was followed by two converts who sought permission to share their story of accepting Islam Ahmadiyyat. One elderly lady stated that it was the love she received from the Ahmadiyya Muslim Jamaat that drew her close to Islam. Another elderly person, a man in his late eighties, while narrating his story, said:

“Islam Ahmadiyyat is the best thing to ever happen to me”.

By the grace of Allah the Almighty, despite the panic caused by the pandemic, we had an attendance of 60 guests, including more than 20 non-Muslim guests. At the conclusion of the event, several guests appreciated the organisers and expressed their interest in learning about Islam. After the event, one local gentleman accepted Islam Ahmadiyyat, alhamdolillah.

One thought on “The history of #Ahmadiyya in #Jamaica”