Ahmadiyya leadership about the Date-of-Birth of Mirza Ghulam Ahmad 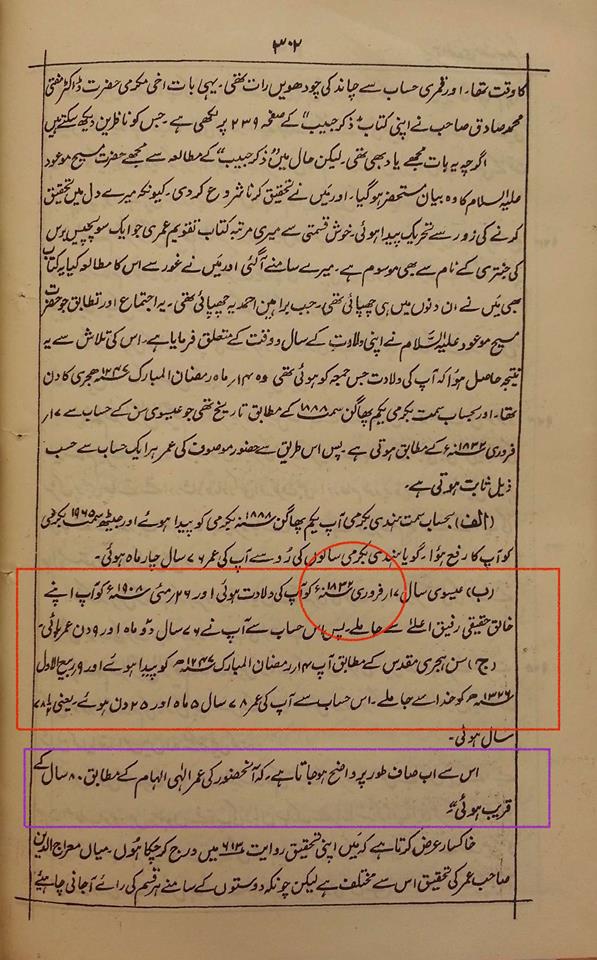 This is an important fact. In this book, MGA’s editors began changing MGA’s comments on his age. Ahmadis use a comment from this book to prove that MGA was much older in 1905.  https://ahmadiyyafactcheckblog.com/?s=vol.+5.

Ahmadi’s have cherry picked these quotes, we need to see the full quote to properly analyze.

Maulvi Sanaullah Amritsari who was a staunch opponent of MGA writes:

Maulvi Sanaullah probably wanted to prove that Ahmad (as) had reached 75 years of age and should die now according to his own prophecy. He writes in another place: