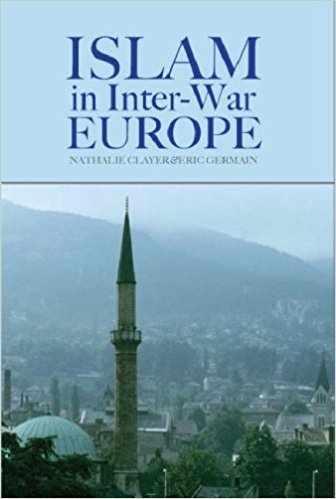 Intro
Ahmadiyya factions, both Lahori and Qadiani were given access to many countries around the world as they spread their nonsensical ideas about Islam. I have came across an important research book, it can be found here: https://www.amazon.com/Islam-Interwar-Europe-Nathalie-Clayer/dp/1850658781.

The complete research article by Eric Germain is available in two parts:

SECTION: HOW AN INDIAN MOVEMENT BECAME THE VOICE OF ISLAM IN EUROPE

The movement founded by Mirza Ghulam Abmad (c. 1836—1908) was registered by the Government of India in the 1901 Census as a “distinct Mohammedan sect”. Soon after the death of its founder, the Ahmadiyya community split in two antagonistic groups. The majority of its members joined the Qadian Party which proclaimed the prophethood of Mirza Ghulam Ahmad, whereas a minority group based in Lahore spoke of the “Promised Mahdi and Messiah” as a mujaddid (a renewer of his century as known in Sunni orthodoxy). In 1914 the latter group founded the Ahmadiyya Anjumau-i-Isha’at-i-Islam (Ahmadiyya Society for the Propagation of Islam, Urdu acronym AAII) under the leadership of Maulana Muhammad All (1874—1951). When Khwaja Kamaluddin decided to join the Lahore Party, the mission he had just founded in England became the spearhead of an Islamo-Christian dialogue/controversy that soon developed into a distinctive feature of this branch of the Ahmadiyya engaging Christian Churches in an assumed polemical argument.

Indian Muslims studying at British universities showed interest in the historical interaction between Europe and Islam. Such curiosity is illustrated by the translation made by the young barrister Haroon Khan Sherwani of the classic French book on the incursions of Saracens into France and Switzerland, a text published as a serial story in the Indian Muslim press. In launching a European Muslim mission, Khwaja Kamaluddin placed his action within a resolute historical perspective, claiming that “the fate of the Moors in Spain awaits us everywhere, and our annihilation is only a question of time.” He claimed that it was Christian missionary propaganda that made possible the atrocities currently suffered by Muslims in the Balkan wars, In order to “counteract the poison thus created’, Khwaja Kamaluddin called upon his Indian brethren to collect the means to allow the free circulation of his Islamic Review among Members of Parliament and within the Church as well as the numerous clubs and libraries of Great Britain. More than simple lobbying work, he expressed the ambition to undertake “the dissemination of Islam in Western lands” saying that “the trend of modern philosophy, ethics and socialism is towards Islam”. Such a self-confident attitude was shared by a growing number of intellectual, including one who lamented in a Lahore paper of 1907 that “in Muslim countries, governments as individuals have abandoned all idea of proselytism’’.

As a religious minority, Indian Muslims felt particularly threatened by the Christian missionary propaganda conducted since the beginning of the nineteenth century. Mission schools were ironically instrumental in forming the new Western educated elite that engaged itself in “counter-missionary” work. Such was the case of Khwaja Kamaluddin who, during his studies at the Forman Christian College of Lahore acquired a fairly good knowledge of the Bible. In England, the eloquent barrister was particularly willing to engage in Islamo-Christian debates. On several occasions he was requested to address Christian audiences about Islam and in July 1913 he traveled to Paris to speak at an Interfaith Congress convened by liberal Christians. After the war, the founder of the Woking Mission adopted an increasingly polemical discourse targeting evangelists like Samuel Zwemer who was accused of engineering “slanders against Islam” On the one hand, Lahori missionaries questioned the validity of the Christian scriptures by raising contradictions and variations in the accounts of the four Evangelists or mocking some doctrines like the Trinity or the virgin birth of Jesus. The defence of Islam, on the other hand, focused mainly on questions such as the authenticity of the Quranic revelation, holy war, slavery, polygamy and the position of women.

On Kamaluddin’s rhetorical talents, it is interesting to quote the opinion of William (Muhammad) Marmaduke Pickthall. The famous British convert stated that “he had a gift for summing up a train of arguments in striking form” and unlike much polemical writing it is not devoid of literary grace”. Khwaja Kamaluddin showed a true ability to reach an audience having little or no knowledge of Islam, a quality chat, according to Pickthall, was lacking in most Muslim missionary publications of the time. Even within the same movement, there was a noticeable difference between publications from Woking and the ones issued in Lahore. Commenting on a book by Maulana Muhammad Ali, the same Pickthall stressed that its argument and style were the ones fiqh (Islamic jurisprudence), which “differ from that of Christian polemics and can only he appreciated in the West by the few who have already made some study of Islâm”. Muslim missions in Europe brought a true added value to the worldwide effort of Islamic propaganda by publishing a popular kind of literature rather like those question/answer dialogues and compilations containing favourable references to Islam from famous Western writers.

The history of the Lahori and Qadiani Ahmadi’s by Dr. Gerdien Jonker, Ph.D–Research Scholar Germany

The history of #ahmadiyya in #italy

5 thoughts on “THE FIRST MUSLIM MISSIONS ON A EUROPEAN SCALE: AHMADI-LAHORI NETWORKS IN THE INTER-WAR PERIOD – Eric Germain [Pages 89-118] (2008)”