The Ahmadi-cleric, Maulvi Nooruddin wanted to kill all Ahmadis who ask that he step down as Khalifa

“””If you try too hard to make me abdicate, then remember that I have such ‘Khalid bin Waleed”s with me who will mete out the punishment of apostates to you.

Page 262: A person who demands that a Khalifa abdicate, whether an individual or a group, is wrong, mistaken, instigator of rebellion, and its punishment is to kill it/them.””” 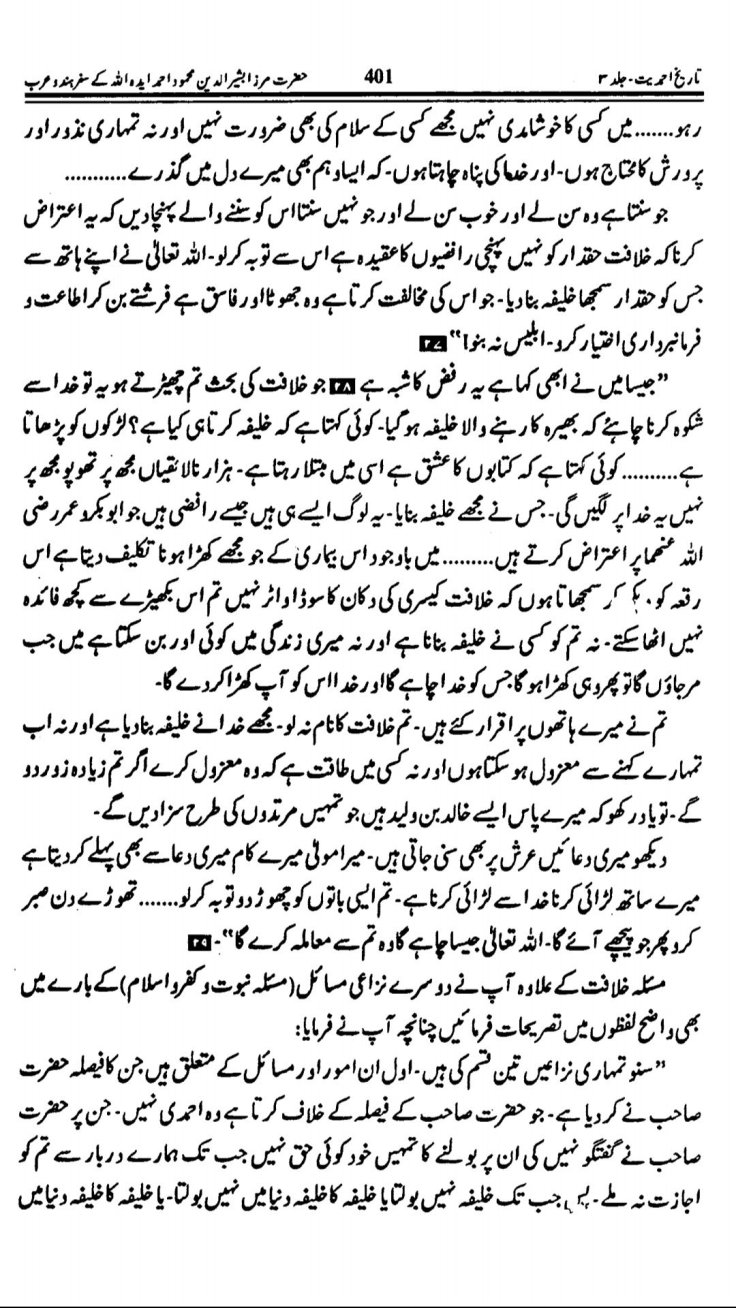 “”God made me the Khalifa. Now, neither can I be dismissed (from Caliphate) by your biddance nor has anyone the power to remove me. If you force me any further, bear in mind that I have at my disposal many Khalid ibn Walid’s who will punish you as (Khalid bin Walid had punished) the apostates.”

Tashhiz al-Azhan was a Magazine founded by Mahmud Ahmad in 1906, quotes and background info

3 thoughts on “The Ahmadi-cleric, Maulvi Nooruddin wanted to kill all Ahmadis who ask that he step down as Khalifa”