Intro
In this 3 minute tik tok, Johnathan Brown explains how his personal view is that Ahmadi’s are Muslim. He leaves out his scholarly view. This was taken from youtube, watch the full youtube video herein. 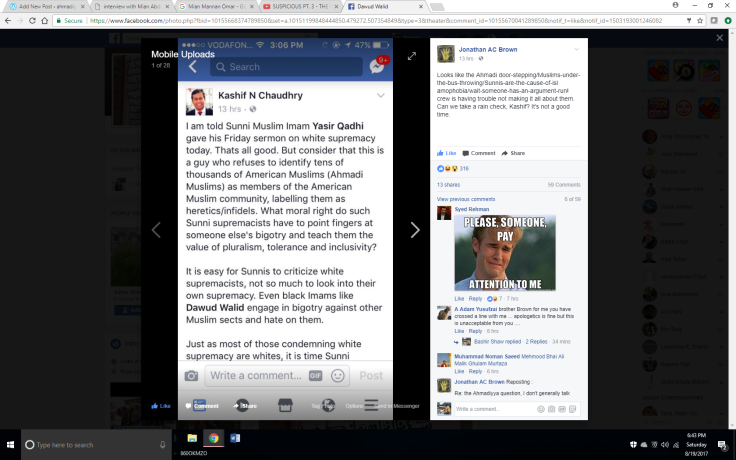 Re: the Ahmadiyya question, I don’t generally talk about this because I’m not a specialist and there is a whole South Asian political history dimension that I’m not part of. But there are three points I feel comfortable making:

1) the Ahmadi tradition needs to be taken for what its representatives say TODAY, not what Mirza Ghulam Ahmad wrote or said a century ago. Every tradition has the right to redefine itself, so scriptural gotcha games are not useful. To clarify, what I mean is: for example, if Mirza Ghulam Ahmad said ‘Anyone who denies my prophecy is not a Muslim,’ but Ahmadis today say this is not what we believe, then their words should be definitive.

2) Ahmadi representatives have to stop throwing other Muslims under the bus and using tragedies to promote their narrow agenda. I first saw this after the San Bernardino shooting, when an Ahmadi representative came on CNN to say that this sort of thing would not happen if more Muslims would only embrace [insert name of current Ahmadi caliph, I forgot]. I almost choked on my comfort chips, and even the anchor wasn’t having any of it.

3) Ahmadi representatives need to stop using current geo-political crises like ISIS and terrorism to try to bully Sunni and Shiah leaders into accepting Ahmadis within the fold of Islam. Whether or not Ahmadis are Muslims is a real discussion of theology and identity that needs to take place with integrity, not as part of a PR ploy. Ahmadi representatives have to stop invoking grossly inaccurate and damaging bullying tactics like saying that Sunni extremism is the cause of Islamophobia (ala Kashif Chaudhry) or that saying Ahmadis aren’t Muslims is terrorism (ala Qasim Rashid). 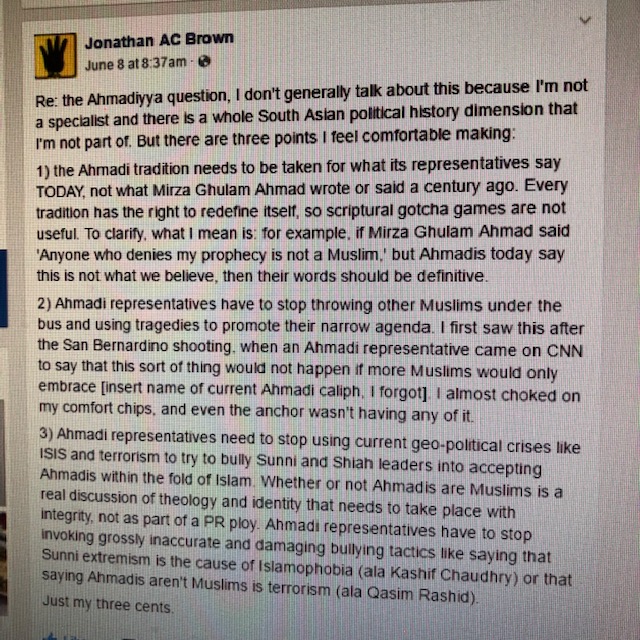 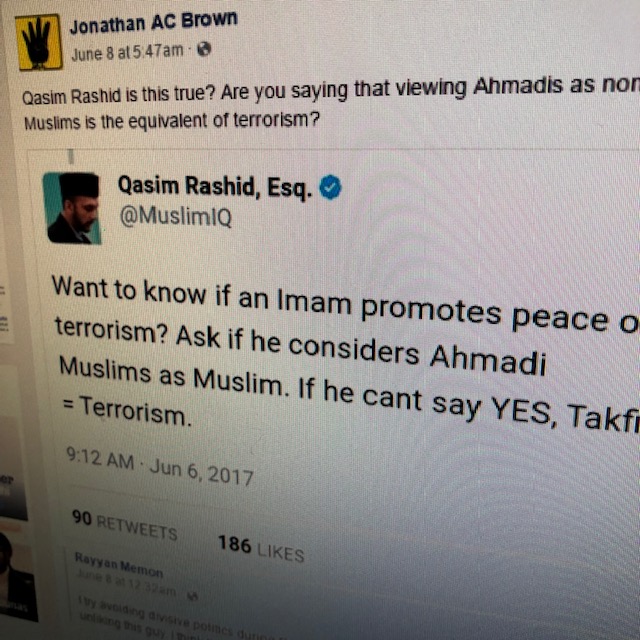