The history of #Ahmadiyya in #Newzealand

Intro
In 2021, we estimate that there are less than 100 Ahmadi’s in the entire country. There are  2 Ahmadiyya places of worship (see in the below). The Ahmadiyya Movement totally lies and claims that Professor Wragge converted to Ahmadiyya in the 1917 (see Zikr-e-Habib). Professor Wragge had met MGA in Lahore in 1908, just a few days before MGA died of cholera. We have 2 Ahmadi missionaries in the country, they are also listed in the below.

It was an honour welcoming Member of Parliament Hon. @BarbaraKuriger to my office. Matters of mutual interests & cooperation were discussed in great detail.

I pray that we continue in our struggle to strengthen social cohesion in #NZ. #DiscoverIslamNZ #Ahmadiyya #Islam pic.twitter.com/nool2ZErY3

Ahmadiyya sources claim that it established itself here under the guidance of Khalifa IV, Mirza Tahir Ahmad in March 1987.

The Ahmadiyya Muslim Jama’at New Zealand Inc. was established in March 1987 and the registration process completed as an incorporated society on 5 April 1988.

This is the first purpose built mosque by the Ahmadiyya Muslim Jamaat in New Zealand in which the Jamaat is celebrating its 25th anniversary in 2013. This mosque located in the Manurewa area of Auckland and has been inagurated by Mirza Masroor Ahmad on his Asia-Pacific tour 2013. 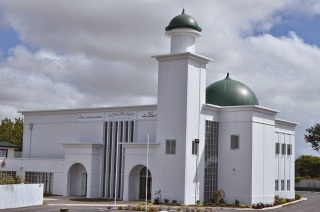 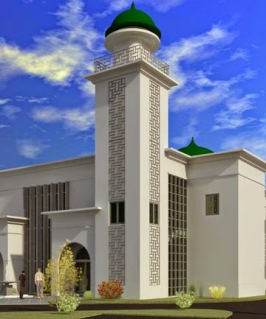 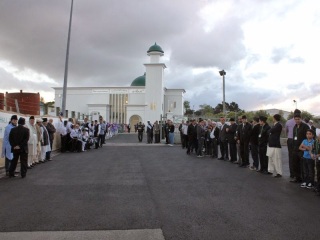 One thought on “The history of #Ahmadiyya in #Newzealand”