Mirza Ghulam Ahmad claimed that his coming to Earth was revealed in Surah Fatiha!!! Review of Religions, Feb 1924 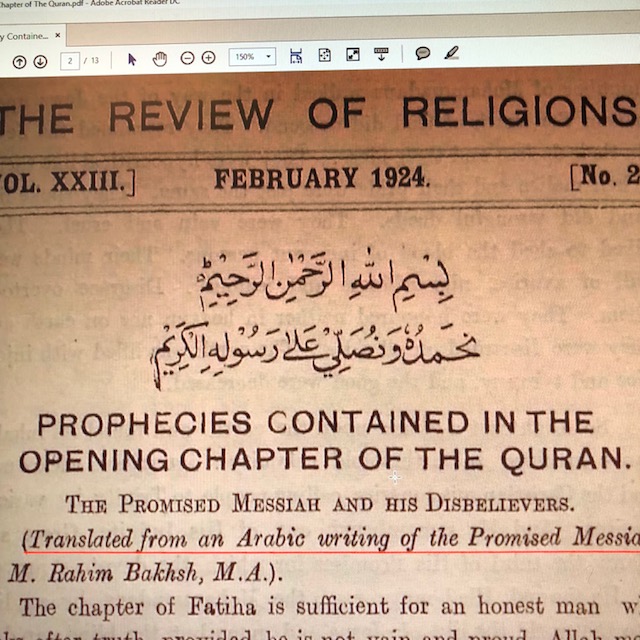 Intro
My team and I have written about the wild claims of MGA many times.  We have written how MGA was most likely planning on claiming to be a law-bearing prophet if he had lived to 1911.  Further, in the era of 1900 to possibly 1935, Ahmadi’s considered MGA to be equal to Muhammad (saw) (nauzobillah) and vice versa.  This article is a translation of some arabic writings of MGA, that seem to have been recovered in this era, and then translated by M. Rahim Baksh.  The Review of Religions, was edited by the Khalifa’s younger brother, Mirza Bashir Ahmad, who was the only college educated child of the mirza family by 1924.

The article
Prophecy Contained in The Opening Chapter of The Quran