The Haqiqat Pasand Party founded in 1956 by Chaudhry Ghulam Rasool 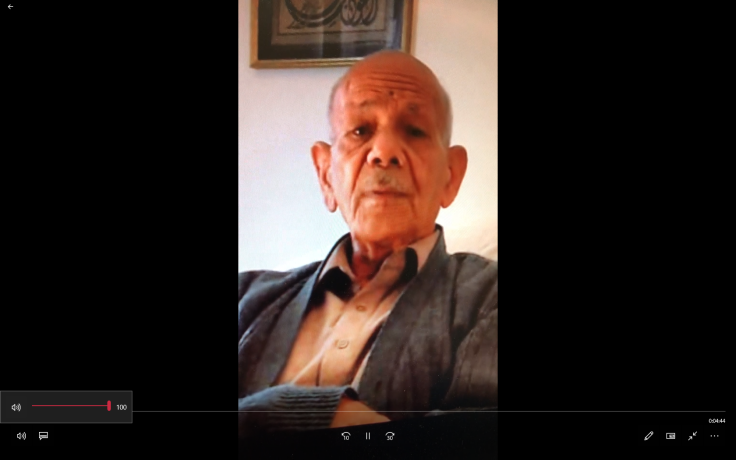 Founded in 1956 by Chaudhry Ghulam Rasool, this was an offshoot of the Qadianis that focused on publishing books about the character of Mirza Mahmud Ahmad and the ‘tyranny’ of the Khilafat.  They published a book called Tarikh-e-Mahmudiat. In this they collected eye-witness accounts of twenty-eight Qadiani men and women who left Qadianism because of Mirza Mahmud’s immorality. All the narrations in the book are given on oath before Allah that they are not lies. Evidences therein prove that Mirza Mahmud was a very immoral person. Although Mirza Mahmud was alive those days when the book was published he dared not disprove any of those acts of his, to the extent that when they were repeated in subsequent writings none of his progeny challenged them.

Chaudhry Ghulam Rasool sahib of village # 35 near Sargodha had only 10th grade/ high school education when he questioned Qadiani Khalifa 2 Mirza Mehmud Ahmad. He had to leave comfort of family, support of relatives and security of jamaat in Rabwah. He faced extreme economic hardships. It is amazing how he survived. It only proves Allah SWT is great protector to those who stand for right cause in His service. Besides getting degrees of higher level in formal education (mentioned in first post in this thread) he authored numerous books. Some of them are:

And many more as text books etc.

His next project is on Dictionary of Holy Quran in Urdu.

Professor Ghulam Rasool sahib has two sons. Older one recently earned his Ph.D in parasitology from University of Calgary, Canada. Younger one is doing his MS in Computer Science here in USA. Similarly, his daughters are physicians in Pakistan and USA.

Professor Chaudhary Ghulam Rasool sahib, M.A. (Arabic), M.A. (Islamic Studies), L.L.B. of Chak #35, Sargodha, Pakistan was the first person to question QK2. The HPP movements started with a single sentence, in a personal letter, that Professor C.G. Rasool sahib wrote to QK2 in reply to his (QK2) Friday sermon and in defense of Maulana Noor Ud Din sahib. Later Professor sahib got so much on the nerves of QK2 that even in last speech of his life on Annual Jalsa, in 1956 (available on Qadiani Jamaat official website ‘Khilafat-e-Haqa-Islamia’) QK2 mentioned Professor sahib name 3 times. Professor sahib is also mentioned in ‘Tarikh-I-Ahmadiyyat’ (History of Qadiani Jamaat), volume 19, authored by their historian Doost Muhammad Shahid.

The Haqiqat Pasand Party was also mentioned in 1965 by Ahmadi authors
https://www.alislam.org/library/book/truth-prevails/chapter-vi/

Although the Qadiani organisation had always been very authoritarian since the Organisations in 1914, the post-independence atmosphere in Pakistan was one in which the old deference to authority was being replaced by a confident class that wanted answers. This movement was coinciding with a global revolution in thinking – something that led to Vatican II. With the paralysis of Mirza Mahmud Ahmad as a result of an assassin’s attack, the Qadiani organisation never understood the need for re-calibration, thus developing many cult-like tendencies.

Link to an old letter from a Qadiani scholar to one of the Party’s leaders: Letter from Abul Ata

In October 2010, Chaudhry Ghulam Rasool declared that he was a part of ‘mainstream Islam’ and that he did not believe that it was necessary for a Muslim to accept any of the claims of Mirza Ghulam Ahmad. Since his offshoot was from the Qadiani branch, this is essentially repudiation of the Ahmadiyya.