In 1935, the Qadiani Khalifa said that #Qadianis are khassi

Intro
It seems that in January of 1935, via the Al-Fazl, the Khalifa told the world that most #Qadianis are castrated as they serve the Mirza family. He meant this in a way of indentured servitude to the Mirza family. The 1930’s were a rough time for the Ahmadiyya Khalifa Mirza Basheer-uddin Mahmud Ahmad. In the summer of 1935, the Khalifa was in court for some serious allegations. Just a year earlier (1934), the Khalifa had a huge beef with the famous Allama Iqbal and other Muslim leaders in the Punjab. The Ahmadiyya beef with the Ahrar was at its height in this era also. An earthquake in Quetta happened also, wherein many Ahmadi’s died. In 1935, a week earlier, the Ahmadiyya Khalifa even lashed out at Jamia students and even called them pigs. In September of 1935, the Khalifa got married again. The famous book, “His Holiness”—X-rayed by the Phoenix was published. 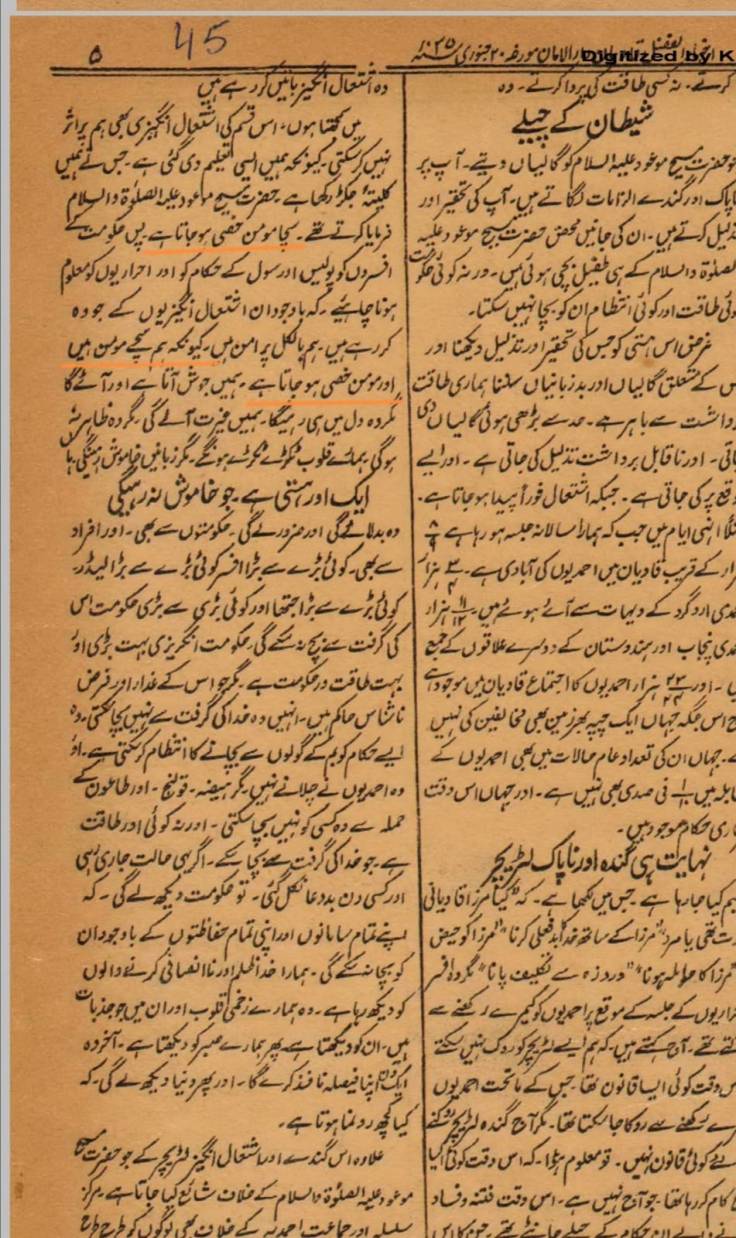 In 1935, the Ahmadiyya Khalifa lashed out at Jamia students and even called them pigs

Ahmadiyya and its violent past, the early 1930’s

2 thoughts on “In 1935, the Qadiani Khalifa said that #Qadianis are khassi”