Ahmadis keep faking Asylum and clashing with Christians in Thailand

Intro
Pakistani-Christians continue to speak out against Ahmadiyyya and their fake asylum business. In this essay and video, Pastor James Luke speaks out against the Qadiani-Ahmadi’s. His video seems to have been since taken down. There are other videos of him at an Ahmadiyya place or worship and openly speaking out about Ahmadiyya. He tells Ahmadi’s to go back to Pakistan and he points out that Ahmadi’s aren’t even Muslims, so why are they getting asylum over Pakistani-Christians (we infer). Watch the tik tok clips herein. Watch my youtube video on this herein. Listen here on the Christian Asylum Seeker channel, 2 Pakistani Christians explain the fraud of Ahmadiyya.

The speaker tells us about Pakistani-Christians and how some of them have fled to Thailand and are awaiting refugee status, so that they can then move to the USA and Canada. There seem to be refugee camps in Thailand. Ahmadis have also joined the party. Thailand seems to be a haven for any Pakistani, who is trying to leave Pakistan for America/Canada. Many Ahmadis are accused of fake–converting to Christianity, as the interviewer tells us in this video.

4-5 years ago, I worked with an Ahmadi, who was born a Sunni-Muslim and converted to Ahmadiyya and was so desperate to leave Pakistan, that he bought a visit-visa to Thailand and took his whole family, once at Thailand, they refused to return to Pakistan, and joined refugee camps, wherein many Christians are also living. This Ahmadi was then sent to the USA and received a full furnished apartment and a job in an Ahmadi company.

In Malaysia, the Ahmadiyya Movement is running the same scam.

In terms of Thailand, Pakistani Christian’s have responded to the Ahmadiyya Movement with these videos on the christian asylum seeker youtube channel. George Naz is the guy getting interviewed. In 2021, Ahmadi women in Malaysia are getting raped.

In terms of Germany, the Ahmadiyya Movement is also running an asylum scam, Samina Khan has exposed them thoroughly.

This video has been removed.

Rev. James Luke is the Lutheran Church – Canada Intercultural Minister for the Greater Toronto Area. He leads our Udru worship services and preaches in the Masih ki Awaz Radio Program.  As well, he serves Living Faith Lutheran Church in Orangeville. Pastor Luke and his wife Rehanna came to Canada in 1992, following a successful career of 27 years as an Aeronautical Engineer in the Pakistan Air Force. Pastor Luke’s lifelong passion has been to help the poor, which he did in Pakistan and has continued in Canada where he helps people in need and, in particular, providing assistance to newly arrived immigrants. Pastor Luke can be heard on Sunday mornings from 8:00 – 9:00 am on AM770 when he preaches in the Masih ki Awaz (Voice of Christ) program. 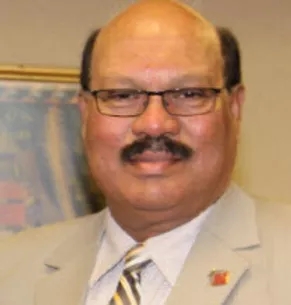 The Mirza family loves the persecution, they call it free press

Kashif’s Twitter Meltdown. American Journalist Cynthia D. Ritchie harassed and called “ISI Whore” after she refuses to let Ahmadiyya hijack her Reputation as a respected Journalist and retweet the fake prosecution stories of the Ahamdiyya sect!