When did MGA’s marriage with his second wife Nusrat Jehan take place? What year?

However, in Seerat Nusrat Jehan, they claim that the marriage happened in 1883 and secretly,
Seerat Nusrat Jehan was written by Irfani, who also wrote Hyat e Nasir.  Its the famous Shaikh Yaqub Ali Irfani.
Date of marriage

The scan of Seerat Nusrat Jehan 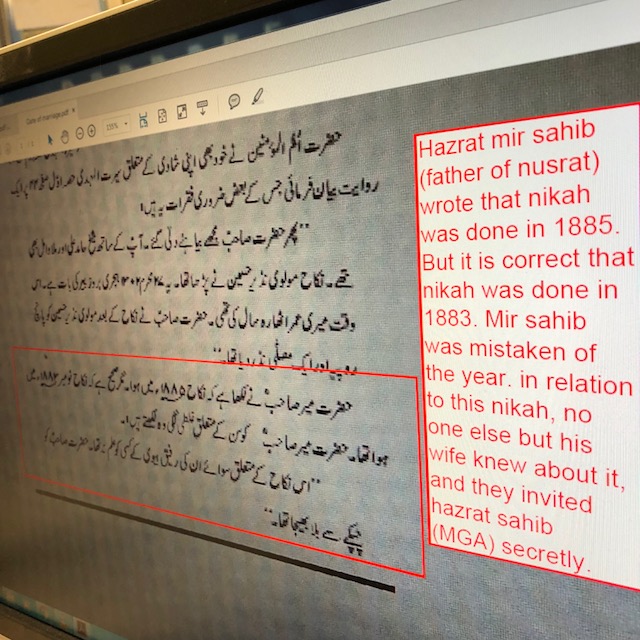 Hyat-e-Nasir states that the marriage happened in 1885
Hyat e Nasir and on page 8, says that nikah was performed in 1885. So that is the reason, Irfani who is on the qadiani side, correcting the record by saying that, “mir sahib said that it was 1885 but the correct date is 1883. It is from  official seerat of nusrat jahan writen by Mahmood ahmad Irfani. so it is official.

14 thoughts on “When did MGA’s marriage with his second wife Nusrat Jehan take place? What year?”