Who is Shaikh Yacub Ali Irfani?

Intro
Shaikh Yacub Ali Irfani, also spelled as Sheikh Yakoob Ali Irfanee (And also known as Shaikh Yaqub Ali Torab) was an Ahmadi who worked as a major confidant and was on MGA’s team of writers/editors/imams. He seems to have been a student/assistant of Noorudin while he was in Jammu as early as 1886. He went on to be the main editor of Al-Hakam and then wrote many early biographies on Ahmadiyya. By 1917, he was working as an assistant secretary of the Sadr Anjuman at Qadian (See ROR of Jan-1918). He also wrote a biography on the wife of MGA, Nusrat Jehan Begum. The year of his death is unknown. 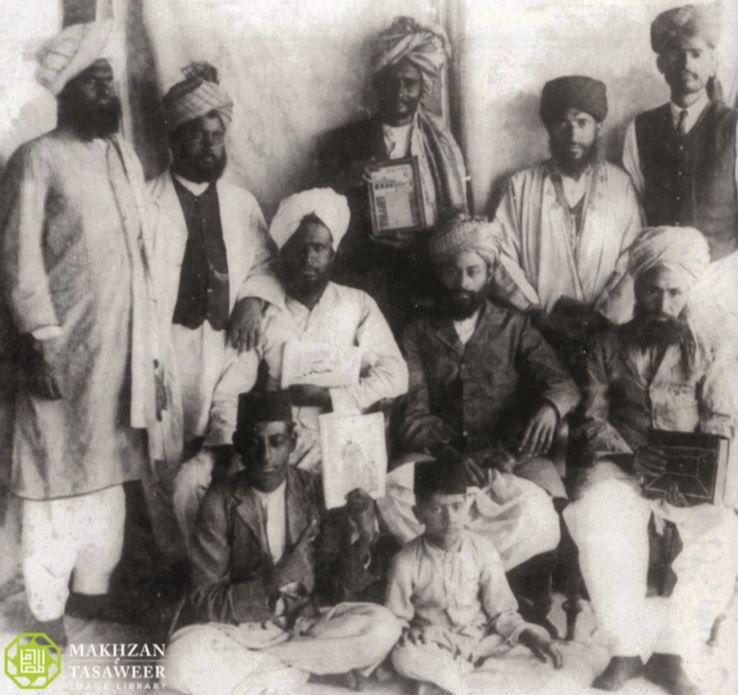 He accompanies the Khalifa on his tour through Egypt, Israel and the UK. See here also.

He writes a biography on the father in law of MGA, Mir Nasir Nawab, this is wherein MGA blurts out to the effect that he has cholera. After this was published, it was a shocker, Ahmadiya leadership ordered a 2nd edition be published and they erased the relevant sentences.

In 1927, Yaqub Ali Irfani, a prominent & devout companion of the Promised Messiah a.s, performed the pilgrimage of Hajj. During his stay in Makkah, he also had the opportunity to meet with Sultan Ibn Saud, who was the king of Hijaz.

Ahmadiyya sources admit that the King knew that Irfani was a Qadiani-Ahmadi and still allowed him to perform the Hajj.

The Ahmadiyya Annual Jalsa in Qadian of 1929

"A Conversation with Ibn Saud"

In 1927, Yaqub Ali Irfani ra, a prominent & devout companion of the Promised Messiah a.s, performed the pilgrimage of Hajj. During his stay in Makkah, he also had the opportunity to meet with Sultan Ibn Saud, who was the king of Hijaz. pic.twitter.com/rEQrELPRdN

Mirza Ghulam Ahmad lied about his relationship with his newspaper, Al-Hakam

When did MGA’s marriage with his second wife Nusrat Jehan take place? What year?

The Ahmadiyya Annual Jalsa in Qadian of 1929

The history of #Ahmadiyya in Egypt

16 thoughts on “Who is Shaikh Yacub Ali Irfani?”