Seeratul Mahdi narration 12 from the older edition: Mirza Qadiani did his business next to his bed (see underlined part). 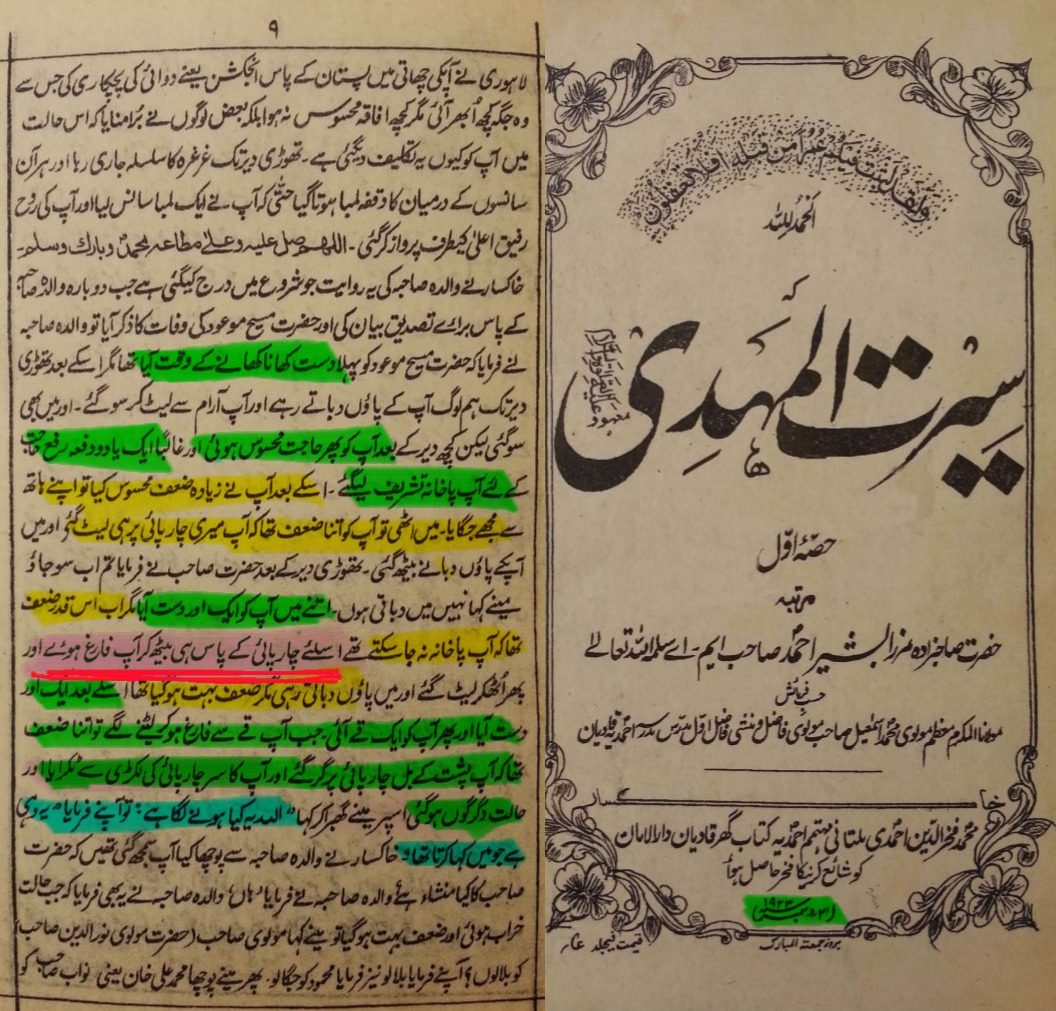 In the newer print they tried to clean up (no pun intended) this story and they claimed ‘arrangements were made’ next to his bed.

When the original stated he just went about his business next to his bed because he couldn’t read the toilet.

In 1923, Dr. Mirza Yaqub Beg reported that Mirza Ghulam Ahmad was forced to sit on a toilet, just minutes before MGA died

The 1923 edition of Seeratul Mahdi

The death of Mirza Ghulam Ahmad from Ahmadi sources