Intro
Ahmadis are desperately altering texts, conducting academic dishonesty, presenting false translations, and openly lying and never admitting to facts and never answering the pertinent questions in any topic. Watch my video explanation here (on periscope) and here on youtube. Some Muslim scholars in the past, like Ibn Abbas and a few others were of the opinion that Esa (As) was caused to die by Allah in 3:55 and 5:117 and then physically lifted to heaven (Ghamidi believes this also). #Ahmadis know this, however, they have purposely twisted this data and put it forward as as argument for the idea that Esa (as) died. However, they purposely leave out the fact that #Ahmadis believe that Esa (As) died 90 years after the incident of crucifixtion as described in 4:157–159, 3:55 and 5:117, and thus totally against the belief of Ibn Abbas and Imam Malik. Further, this quotation is from a Shia collection of hadith, and thus another case of Ahmadiyya cherry picking. #ahmadis also use a Shia hadith book as they argue about the eclipses.

Imam Malik believed that Eisa (As) died at age 33 and was physically lifted to heaven, this was the death of sleep. This is what Imam Malik meant.

At some point in MGA’s career, he seems to have quoted Imam Malik (probably 1891), Muhammad Ali used the same quote later on. Nonetheless the quote is posted in the below: 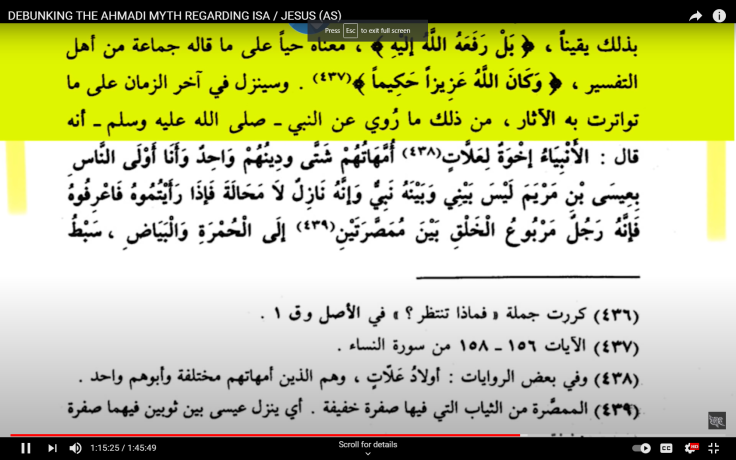 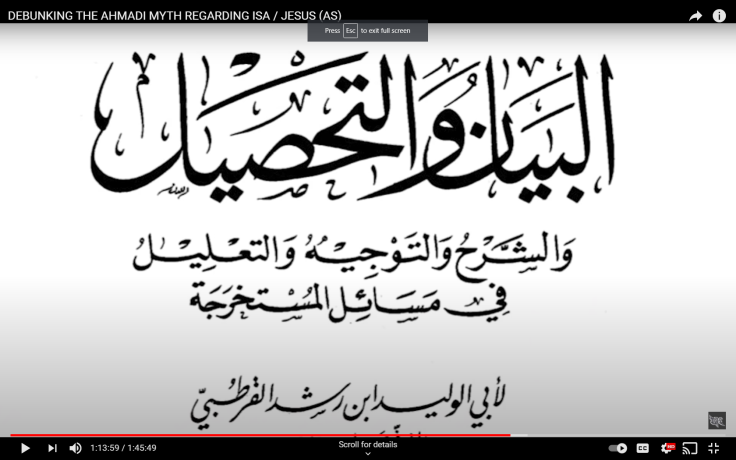 Imam Malik never wrote about Esa (As), the Mahdi, or anything of this nature.  He wrote his famous hadith collection, and nothing was mentioned on any of these topics.  We have no idea where Ahmadis got this book from, its a total mystery. Bihar al-Anwar (Arabic: بِحَار ٱلْأَنْوَار‎, meaning “Seas of Lights”) is a comprehensive collection of traditions (ahadith) compiled by Shia scholar Mohammad-Baqer Majlesi (d. 1110/1698), known as Allama Majlisi. It is a hadith collection as the secondary source used beside the four books. Bihar al-Anwar which a compendium of Hadiths, historical subjects and commentaries on many Qur’anic verses, completed between 1106 AH (1694 AD) and 1110 AH (1698 AD).[1]

“Christ and the Crucifixtion” by Todd Lawson

In 1880, before the publishing of the Barahin i Ahmadiyya series, Mirza Ghulam Ahmad already knew that he was the second coming of Esa (as)

In 1884, before his wildest claims, MGA defined Inni-Mutawafeeka, wa Raffa as I shall give you full reward and shall raise you towards Me

Salaaboo in 20:71 proves the Substitution theory for Esa (As)