Mirza Ghulam Ahmad vs. Molana Muhammad Hussain Batalvi and Muslims leaders in British-India in August of 1891

Intro
MGA avoided public debates, in fact, he only competed in 5 total debates in his 30- year career (1878–1908), and they were all written debates.  MGA stuttered and was thus incapable of articulating in any language.  In July 1891, MGA had a scheduled debate with Molana Muhammad Hussain Batalvi at Ludhiana and ran away from there on 31 July.

Summary of the scans in the below
( from Ishaat us sunnah Volume-14 , publication Year 1891, pages 2 onwards)

He then planned to try his luck at Dehli. He reached Dehli in October, 1891, where he published an Ishtihar challenging Molvi Syed Nazir Hussain for a debate he also put the name of Molvi Abdul Haq in his Ishtihar. MGA thought Molvi Nazir and Abdul Haq, due to their old age, would not come to face him and Molana Batalvi would also be far away from Dehli so he would get a “walk over.”

a.)Special permission of Deputy Commissioner should be issued in his name.
b.)A European officer should be ever present in the gathering.
c.) Debators should write with their hands and read over to public no munshi or Scribe is permitted.

But when Muhammad Hussain Batalvi reached Dehli, MGA went to Molana Abdul Haq and said your name was mentioned in the debate erroneously . He said I do not want to debate with you. Molvi Abdul Haq said he is ready to withdraw if you publish an ishtihar to this effect. So MGA issued an Ishtihar on 6th of October saying that he do not want to debate with Molvi Abdul haq because he had met him and found him a monk like person. He do not like to interact with govt officials hence he would debate only with Nazir Hussain who may keep Muhammad Hussain Batalvi with him for assistance during debate.

This trick, however failed when Molvi Abdul Haq replied in a published Ishtihar that he can arrange anything and invited Mirza sb to come to the Town Hall on 11th October for this debate otherwise he would be termed as liar. Mean time Muhammad Hussain Batalvi published Ishtihar inviting MGA to have debate with him if he loses then MGA may debate with Molvi Nazir Hussain. He requested him to come to the Chandni Mahal on 11th Oct, 1891 at 9.AM. The ishtihar further states that all terms and conditions laid by you are acceptable and we do not lay any terms and condition from our side. All arrangements have been finalized with the expenditures of hand sum amount.

On 5th October, Molvi Nazir Hussain wrote to MGA to come to his house and talk to him directly to remove his apprehensions, still MGA refused and said there should be a European officer in the debate. After that 14 letters were sent to MGA for debate from Ulema of Dehli inviting MGA, but he refused them all.

One of them was Molvi Abdul Majeed who invited MGA and offered a reward money of Rs 1000/-in case MGA prove his claims.  Molvi Rahim Bakhsh invited MGA, Molvi Mujaddid Ali Khan too invited MGA for debate on 10th Oct at Masjid Fatehpuri , Molvi Abdul Hamid invited MGA to come to the roof top of his house and he would be at his roof top, there would be Bazar between two and no risk of life would be there, but MGA did not agree and dared not to come out of his heavily guarded house.

MGA failure to debate at Chandni Mahal brought great humiliations to him. So he thought of washing of this defamation. He brought another Ishtihar dated 17 Oct 1891 wherein he used abusive language against Molvi Nazir Hussain and challenged to declare him liar in his claims and in his arguments under oath in open before general public. Molvi Nazir Hussain went to Jamia Masjid Dehli with general public and sent message to Mirza sb that he is ready to give such statement under oath now come to us in Jamia Masjid and state your claims and arguments before us.

After prayer Molvi Abdul Majid, Nawab Saeeduddin Khan and Syed Bashir Hussain Inspector Police went to MGA and asked him to give them in writing that he would repent if Molvi Nazir Hussain rejects his claims and arguments on oath. MGA got puzzled on this demand and remained silent. However, his deputy Mullahs stood up and said we would repent after one month subject to the condition that Molvi Nazir Hussain would not fall ill or suffer from fever and headache during this period.

Subsequently, few questions were asked from Mirza sb through the City Superintendent Sahab Bahdur, as under:

City Superintendent: why Do you not cut short your arguments and agree to give a written statement.

MGA and his team:- we want to talk on the life and death issue of Jesus Pbuh and nothing else.
Molvi Abdul Majid :-We want to settle this issue including all of your claims. Do you have a proof to your claim of Messiah ship.

MGA and his team : same answer.

City Superintendent:– Addressing to Mirza sb, Are you Messiah? If yes what is the proof? Suppose Jesus has died then why should you be considered a Messiah give us a proof?

Khwaja Muhammad Yusuf from MGA side: addressing to Molvi Sahib , Hazrat if someone wants to be muslim why do do you not allow him to be?

Molvi sb: Yes if he repents he is our brother!
Khwaja sb: I can bring his written repentance just now. He would write it down that whatever he wrote against Quraan and Hadis is rejected and he is a muslim.

MGA wrote repentance but in the same language as that of he published in his Ishtihar of 12 October.

Molvi sb. He should write that he seeks repentance from Allah for whatever anti Islam he wrote in Tozihula maram, Fathe Islam and Izala auham.

After few more meaningless exchanges between the parties, the City Superintendent Sahab Bahadur announces to end the proceeding and MGA and his deputy mullahs returned under police escort. 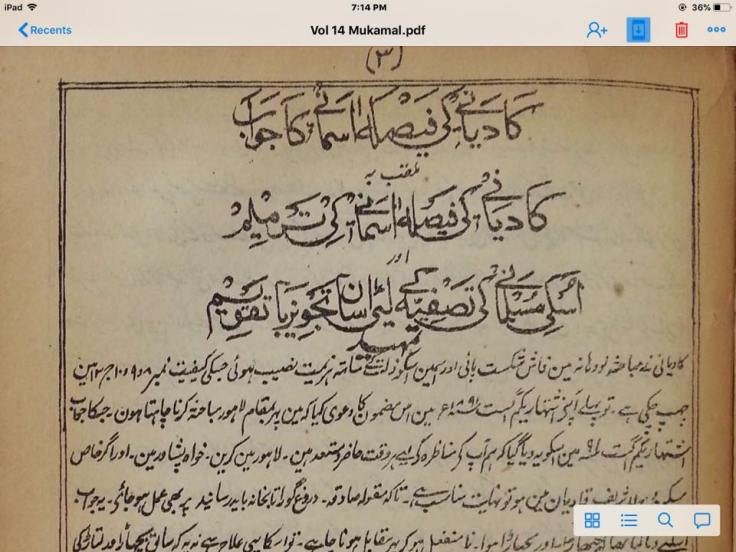 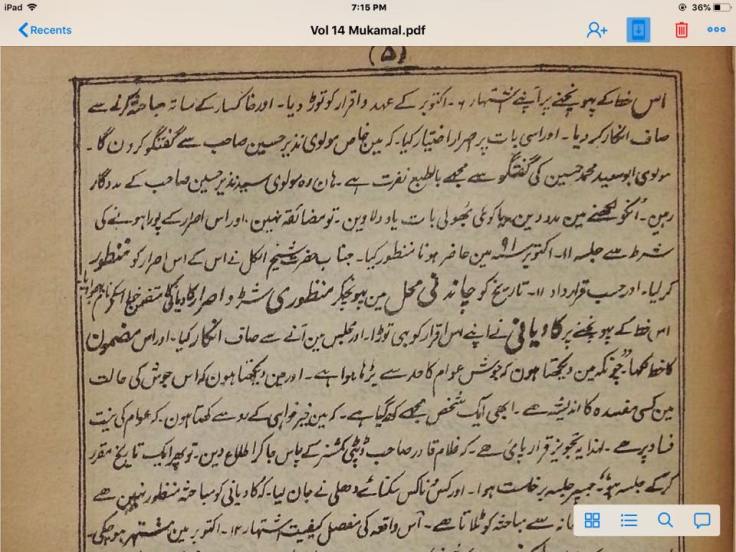 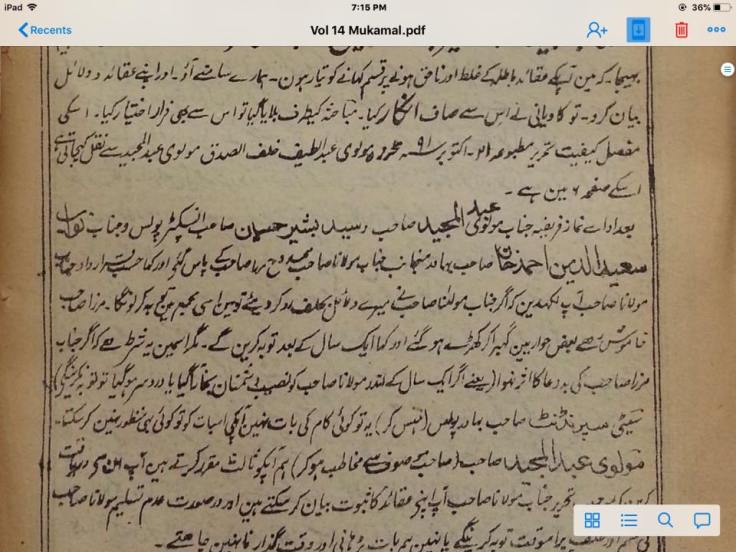 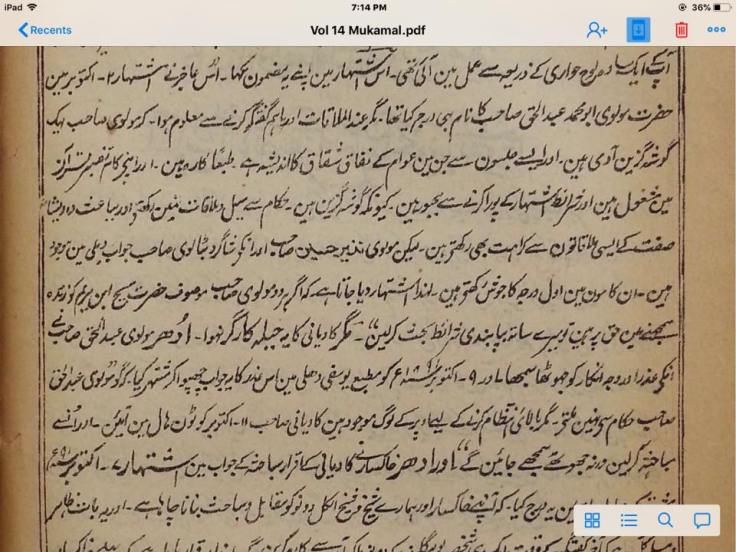 38 thoughts on “Mirza Ghulam Ahmad vs. Molana Muhammad Hussain Batalvi and Muslims leaders in British-India in August of 1891”