Intro
Miss Rufo was an Italian dancer at the Cecil Hotel in Lahore. K2 took her to Qadian. When this was discovered, he came up with the novel excuse that he had taken her to Qadian so that she may teach English to the ladies in his household. What a lame excuse! 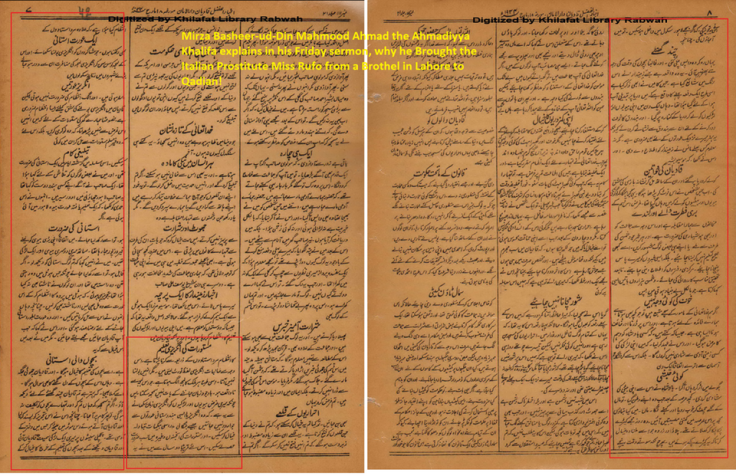 In addition to explaining why he had brought the Italian Prostitute Miss Rufo to his House in Qadian, Mirza Basheer-ud-Din Mahmood Ahmad explains in the later part of the same of his speech on March 18 1934, why he was seen sexually viloating several women near a River.

Mirza Basheer-ud-Din Mahmood Ahmad explains that one day he took his multiple wives and daughters to a river in order to enjoy the fresh air there.

So again Mirza Basheer-ud-Din Mahmood Ahmad has a shamless excuse why he was reportedly seen violating women. One has to wonder what transpired when no one was around to witness such shameless behaviour.