Intro
We have collected lots of data on the men and woman who have massaged him and why. It turns out, these were his bathroom attendants. You see, MGA had broken his right-arm very early in life, most likely pre-1857, since MGA was the only male in his entire family who didn’t help the British fight off his fellow country men, most likely because MGA’s couldnt lift a rifle with his right arm so despite being 17-24 years old, he was useless. Nevertheless, MGA ate and drank with his left hand exclusively, however, he couldnt properly clean his own excretions, thus a bathroom attendant was always on duty for MGA. These bathroom attendants also gave MGA massages, sometimes they were men and sometimes they were women, they were mostly poverty stricken people who lived on the roadways and gypsys and etc, those types of people were happily ready to be employed in all such household cleaning jobs. MGA’s top 3 toilet attendants were Shaikh Hamid Ali, Pir Sirajul-Haqq Nu‘mani and Muhammad Abdullah Sanauri.

He ( mirza Qadyani ) replied that ” one will neither get any punishment nor good deeds for prayer ( sallat ) . Five times prayer must not be left ………….” 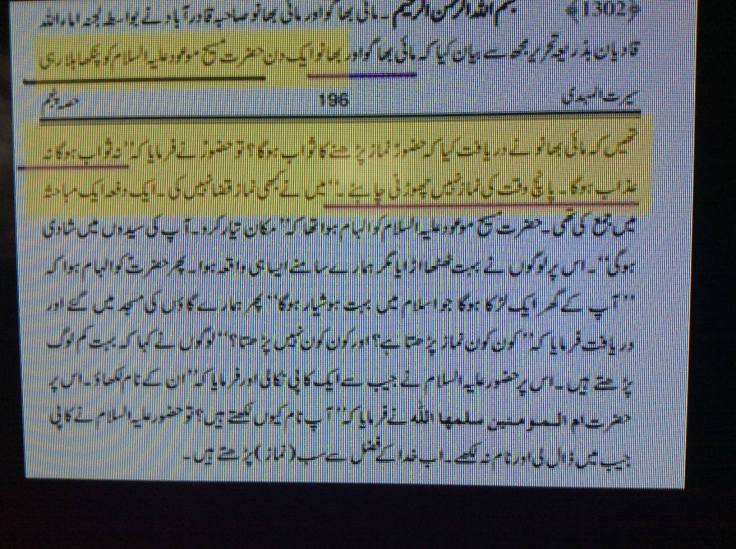 1- Women use to guard mirza qadyani at night

“My late wife…..went to Hazrat Promised Messiah at the age of 15 in Dar-ul-Iman (Mirza’s private room) …the sire very much liked her service of massage his legs”

(780). Dr Mir Muhammad Ismail narrated that Ummul Momineen (Nusrat Jahan begum) once told that hazrat sahab had an old women servant namely Bhano. One winter night when it was chilling cold she started massaging the legs of hazrat sb. Since she was massaging the legs of hazrat sb without removing quilt so she could not have any idea as to what she was massaging, was wooden side piece of bed. After a while hazrat sb said to bhano. It is very cold tonight bhano? Bhano replied in punjabi “HAN JI TADE E TE TUHADIYAN LATTAN LAKRI WANGOON HOYAN HOYAN AIN.” MEANING:- Yes sir that is why your legs have become stiff as wood.

Zikray Habib page 34 book By Qadyani Companion Mufti Muhammad Sadiq. A small Toilet was changed into room in Gurdaspur for mirza Qadyani after cleaning and adding tiles. Mirza Qadyani then use to sit alone locked inside that room for 2/3 hours . 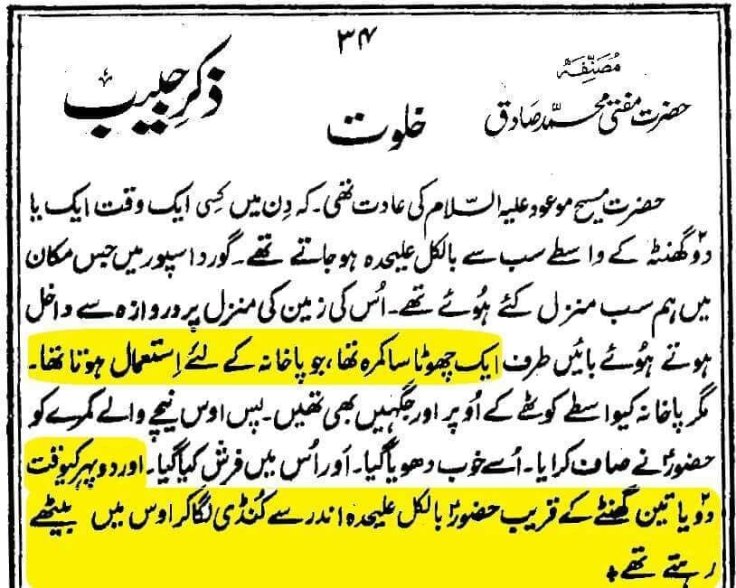 Who is M. Abdullah Sanauri (1864-1927)? The famous toilet attendant of Mirza Ghulam Ahmad

Ahmadis would send their daughters to Qadian, to serve Mirza Ghulam Ahmad at night