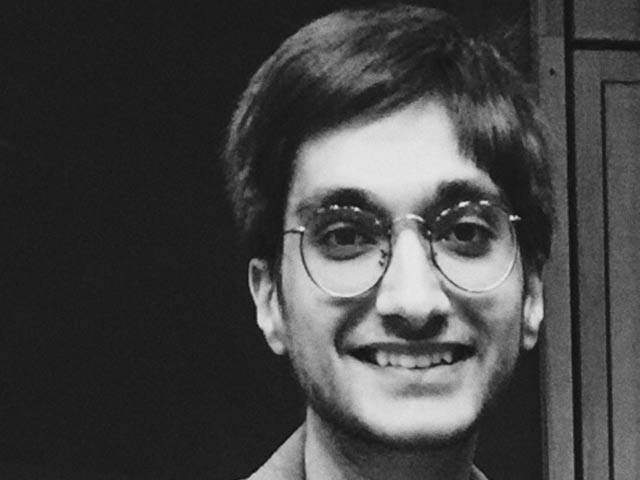 The writer is based in Princeton, New Jersey. He tweets @mziaadnan

I can only come up with the forewarning that this is not a reactionary outburst, nor in support or defence of the merits of military governments in place of genuine democracy, if we can ever come to that. Yes, former president Ziaul Haq is my grandfather, and if this article appears to you as one-sided, and no doubt it certainly will, perhaps, we should first question our overzealous political anchors and their self-crowned analyst guests, who repeatedly present the same side of the coin.

26 years after the C-130 crash, I decided to pick up Benazir Bhutto’s much-lauded 1988 memoir, Daughter of the East. Initially apprehensive given that Benazir begins with her father’s execution, I had prepared myself for the barrage of criticism that would be directed towards General Zia. Three chapters in, however, I found myself laughing at the baseless accusations that Bhutto levels against Zia and his family.

Regarding the former president’s funeral, Benazir claims that in order to increase participation, the government paid for the accommodation of citizens in Islamabad. In reference to Shahnawaz Bhutto’s funeral, Benazir describes the feeling of tremendous sadness that swept over Sindh, and how millions turned up to mourn ‘martyr Bhutto’s’ son. The videos of the 1988 state funeral are online, and while Shahnawaz’s untimely and mysterious death (which his niece Fatima claims was Benazir’s doing) may have attracted many supporters, there is no comparison to the two to three million individuals who descended upon Faisal Masjid from all across Pakistan. The Mohtarma’s memoir is replete with the downplaying of the facts which reveal the support Zia had from Pakistanis.

Then there is the absolutely absurd claim that General Zia planned to flee to Saudi Arabia after Benazir’s return in 1986. She writes, “Zia allegedly left with his family, three airline containers of furniture, and a gold-plated Rolls Royce gifted to the president from an Arab head of state.” I’d certainly like to know where the car is, because we, Zia’s family, definitely don’t have it; perhaps it, along with the ‘furniture’, has made its way to Surrey, or better yet, the underground garage of a certain someone’s Park Lane apartment.

In order to understand the extent of the damage that Bhutto, both father and daughter, caused to Pakistan, one has to dig deeper. Yet, our media is inclined toward the superficial, remaining on the surface during attempts to dissect the characters of General Zia and Bhutto — a moustached general who came to power through martial law doesn’t look as good to them as an idealistic prime minister with a feudal background swaying the masses with his romantic notions of roti, kapra and makaan.

If power doesn’t change hands, and only changes faces, which Fatima Bhutto once said in a Karan Thapar interview, then Benazir, behind her dupatta and coiffed hair, was about as much a dictator as General Zia. A January 1995 Amnesty International report titled Pakistan: The Pattern Persists outlines the human rights promises made by the PPP, and how the government instead facilitated the spread of torture and rape by the “widespread practice of incommunicado detention, sometimes in places not officially designated as prisons.” There was also Operation Clean-up or Blue Fox, which under Bhutto’s initiation turned Karachi into a hotbed for sectarian violence that continues to this day.

On the much-decried issue of General Zia’s censorship, let’s not forget Junoon’s song Ehtesaab, parodying fat cat bureaucrats and politicians as well as the infamous poly pony stables at PM House, which was banned from being aired on PTV under Benazir’s premiership. Najam Sethi said it best in the 1996 exposé, Princess and the Playboy, when he told viewers that Bhutto forgot to be an elected leader and instead became a queen. The irony lies in her repeated reference to herself as Cory Aquino, and General Zia in the same category as Ferdinand, the Shah and other tyrants. In hindsight, it seems that she was less Aquino and more Imelda.

More recently, however, under the government of former president Zia’s biggest mistake, the media has launched a campaign of defaming his character under the guise of political satire. The July 31 episode of Express News’s Media Azaad Hai parodied Ziaul Haq in extremely bad taste: if the media is truly as ‘azaad’ as it says it is, then perhaps it should also poke fun at the former prime minister’s late father in primetime.

We never fled the country, never got whisked away by a sympathetic Middle Eastern despot. President Zia did not run any political party like a family business either. He did not pass on the mantle of power to his son, or spouse, or sibling in a system akin to monarchy. It is today’s politicians who think they can loot and plunder Pakistan’s exchequer, manipulate the mandate from the people, and then cry foul in remembrance of the dictators that sent them into the wilderness of exile (Kensington, Jeddah, Dubai). This is ‘democracy’ in Pakistan, and General Zia is its most convenient target.