Intro
Not much is known about the early life of Muhammad Zia ul Haq from Jalandhar. Muhammad Zia-ul-Haq was born in a Punjabi Arain family in Jalandhar, Punjab Province of British India,on 12 August 1924 as the second child of Muhammad Akbar, who worked in the administrative corps of the Army GHQ of India Command of British Armed Forces in Delhi and Simla, prior to the independence of India from British colonial rule in 1947. He seems to have attended the Qadiani-Ahmadi Jalsa-Salana in December of 1941 and got into the bait of the Khalifa. This seems to have expedited his chances of gaining employment in the British military (See the al-Fazl of January 20th, 1942. Zia’s wife was an Ahmadi too (her father was most likely Dr. Lal Din). Most of her personal doctors were also Ahmadi.

He completed his initial education in Simla and then attended St. Stephen’s College of the University of Delhi for his BA degree in History, from which he graduated with distinction in 1943. He was admitted to the Royal Indian Military Academy at Dehradun, graduating in May 1945 among the last group of officers to be commissioned before the independence of India. During his collegiate years, he was noted as an extraordinary talent. He married Shafiq Jahan in 1950, (she was his cousin)(See Shaheed ul Islam M Zia ul Huq, page 28). Begum Shafiq Zia died on 6 January 1996. Zia is survived by his sons, Muhammad Ijaz-ul-Haq, (born 1953), who went into politics and became a cabinet minister in the government of Nawaz Sharif, and Anwar-ul-Haq (born 1960) and his daughters, Zain (born 1972), a special needs child, Rubina Saleem, who is married to a Pakistani banker and has been living in the United States since 1980, and Quratulain Zia who currently lives in London, and is married to Pakistani doctor, Adnan Majid.
_____________________________________________________________________________________________The Ahmadiyya connection and his father?

His father can be spotted in these pics from the 1930’s:

It seems that Zia Ul Haq from Jalandhar attended the 1941 Qadiani-Ahmadi annual Jalsa in Qadian. He also signed the bait form, the Al-Fazl report, see in the below.

They were celebrating the birthday of Prophet Muhammad. Zia’s father recited the Quran before the function, in 2 places, as Maulvi Akbar Ali.

The scan is from the Al-Fazl of 31 march 1951. Zia and his father are listed as regular subscribers to the Qadiani magazine Al-Fazl. Zia also visits the Al-Fazl mosque in London with his colleague Brigadier Ijaz Ahmad Khan.

After winning the nobel prize, with other scientists, Zia-ul-Haq wooed him to come back to Pakistan and possibly help Pakistan fight off the Soviet occupation of Afghanistan and to . Dr. Salaam didn’t fly on commercial aircraft, instead, he flew on the Presidents aircraft (see pages 96-97, Singh). Salam arrived at the Karachi airport on 12-15-1979 (See Al-Nahl of 1997, page 112), only his Pakistani wife was with him, his British wife was not. On 12-16-79 he visited his sister in Multan. He then flew to Sargodha (in the afternoon)(which is barely 20 miles from Rabwah), he was received at the Pakistani Air Force base in Sarghoda, he was received by Mirza Tahir Ahmad and Mirza Khurshid Ahmad. They then drove to Rabwah under police escort. Dr. Salam attended the Ahmadiyya Jalsa in Rabwah in December of 1979 under govt. escort. On 12-18-1979, he flew from Rabwah to Islamabad via military helicopter. He was received by military and civilian government leaders and was allowed to spend the day and night at “Sindh house”. He met Zia ul Haq on that day also(See Al-Nahl of 1997, pages 112-113). Zia ul Haq then allowed Dr. Salam to read his prayers separately and called him a better Muslim than himself. On 12-19-1979, Sala visited PINSTECH, Major General Shafiq was also there.  On 12-20-1979, Zia gave Salam the country’s highest civilian honour, Nishan-e-Imtiaz, some Ahmadi’s were also there and vouched for all of this info in the Al-Nahl. On 12-21-1979, Salam flew to Peshawar and was again met by all the top military and civilian leaders of that area. Lt. general Fazal Haq was also there. Again they traveled via Military aircraft. In the afternoon, they flew to Lahore. Lt.General Sawar Khan hosted Salam and gave an amazing dinner at the Governor’s house, many Ahmadi’s were there also. On 12-23-1979, Salam gave a speech at the Punjab University of Lahore. A private dinner was arranged wherein mostly Ahmadi’s ate with Dr. Salam. On 12-24-1979, Dr. Salam left via military helicopter for Jhang, many Ahmadi’s were with him. He slept in a government rest house. On 12-25-1979, Salam left Jhang for Sargodha, via military helicopter, he then drove to Rabwah to attend the Jalsa, which lasted until 12-27-1979. On 12-28-1979, Salam was driven by Ahmadi youth to Lahore. On 12-29-1979, Salam headed out for Karachi. On 12-30-1979, he visited Sindh University. Lt. General Abassi hosted dinner of Salam that night, he was the governor of Sindh at that time. On 1-2-1980, Salam returned to England. After that, he got a visa for India (which is really hard) and visited his old teacher in India. Then again in 1987, Zia invited Dr. Salam as an official guest of the Government of Pakistan. When Zia died in 1988, Dr. Salam rejoiced.

Statistics showing Systematic Over-representation of Ahmadis in the bureaucracy of Pakistan by Charles H. Kennedy

Even in 1987, there were 328 Ahmadi officers in the Pakistani military

Who is Brigadier Ijaz Ahmad Khan?

Rana Naeem Ahmad was an Ahmadi and a double murderer in 1984, then celebrated by his Khalifa

Ahmadi’s get exploited by the Mirza family after asylum to the West (Germany, Canada, the Uk and the USA)

Mirza Nasir Ahmad, Mirza Tahir Ahmad and Mirza Masroor Ahmad are all missing on May 29th, 1974

Hadees-e-Arzoo Mandi: An autobiography by Lt. Gen. Mahmud-ul-Hassan, A review by the grandson of Mahmood ul Hassan,Shaukat Ali Jawaid).

He also got recognition as a noted poet; published 6 poetry books.

He served his nation for many decades as an #AhmadiMuslim. 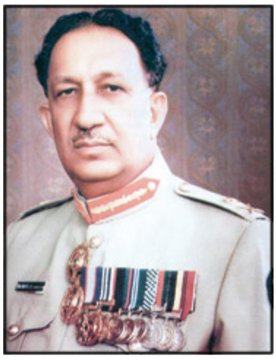 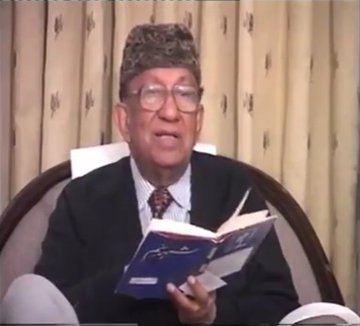 52 people are talking about this

57 thoughts on “Did General Muhammad Zia ul Haq join Ahmadiyya in the 1940’s?”