Intro
I’ve written on this many times. Akber Chaudhry and Ak Shaikh made a really good video wherein they exposed the Mirza family. They explained how the Mirza family uses people as they change names of directors and etc. as they fulfill their legal obligations in terms of business practices. There is a detailed video which explains how and why most super-rich people stored money overseas in Panama. We have found that Abdul Baqi is a major player in this game that the Mirza family is playing. Many elites of the world stored their monies in Panama, just because of the tax free benefits, however, this is totally illegal. The Mirza family had been colluding with the elites of the world since at least 1940, Zafrullah Khan was their agent who was loved by the colonial powers and thus propelled to a position that would benefit the Mirza family. Even in the USA, Kareem Ahmad was heralded as the “Muslim-mega-donor” as he donated heavily to President Obama’s 2012 election, later on, he was indicted on man-slaughter. The Mirza family always had a representative in the Pakistani government, in fact, the grandson of MGA, Mirza Muzzafar Ahmad was the financial/economic minister in Pakistan in the 1960‘s. In Africa, they were given money by the British government to setup schools and build mosques and thus attract under-educated Africans and brainwash them to be loyal to the British government, a professor, who wrote academically about this called Ahmadiyya as a maritime implantation into Africa. Nowadays, Ahmadiyya officials can be fond rubbing shoulders behind the scenes with many congressmen as they continue to follow the orders of the Mirza family and grease as many politicians as possible. Furthermore, Qasim Rashid, the Ahmadiyya spokesman for the USA is running for political office in Virginia, this is how the Mirza family operates.

How to spot fraud at non-profit corporations?
As we all know, the Catholic Church has been raping boys and stealing money for over 1000 years. How do we spot financial fraud however?

The Ahmadiyya representative to the government in the UK
Tariq Ahmad, Baron Ahmad of Wimbledon is a British businessman and a Conservative life peer.[1] Born in Lambeth,[2] he was educated at Rutlish School, Merton Park, southwest London. He was appointed Minister of State for the Commonwealth and United Nations at the Foreign and Commonwealth Office on 13 June 2017.[3][4] 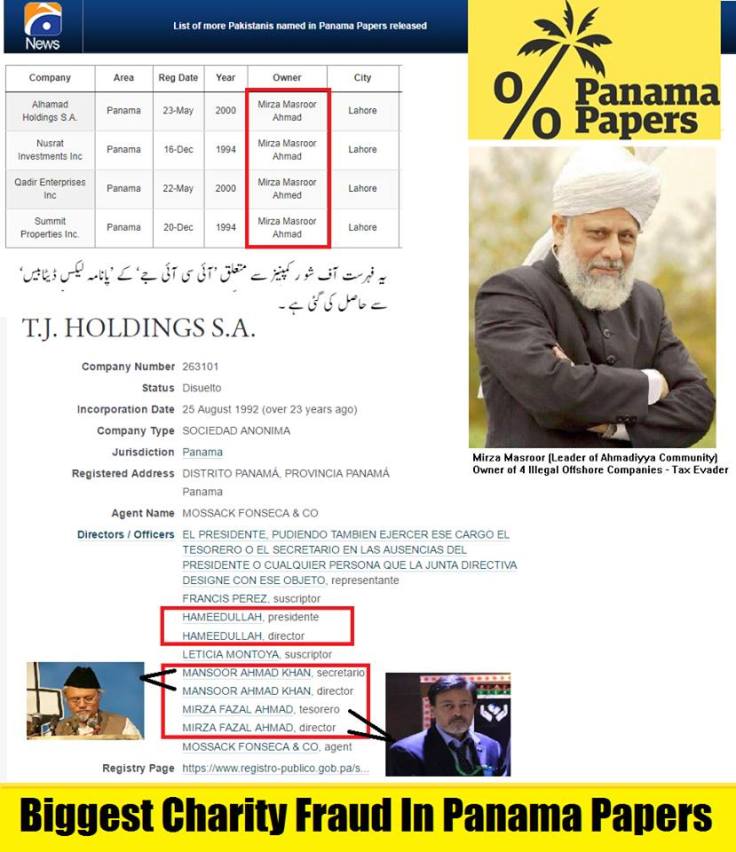