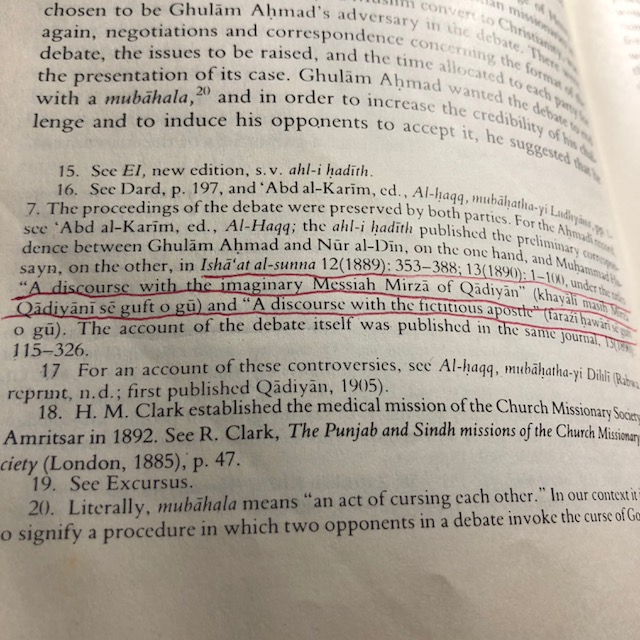 In “Life of Ahmad” by Dard, Dard quotes (247-248) a letter between MGA and Batalvi wherein Batalvi claims to have already read Izala Auham.

Nusrat Jehan Begum and other women didn’t get into to MGA’s bait in 1889 and after–were they illiterate?