Mirza Bashir Ahmad son of Ghulam Qadiani, at page No. 732 Vol-3 of his book Seeratul Mahdi narrates this as under:-

“(801) Molvi Muhammad Ibrahim Bakapuri stated to me in writing that once he said to hazrat Masih e Moud (Mirza) that Allah has praised the mother of Essa a.s. with the title of SIDDIQAH, but huzur (mirza) said that, here the word, siddiqah has been used for negating the divinity of Essa a.s.. It has been used just like we in our punjabi language use the phrase “BHARJAI KANIYE SALAM AKHNA WAN” meaning O you the one-eyed wife of my brother, I say Salam to you. So the actual purpose of this sort of salam is actually not to convey salam but to remind her that she is one-eyed.” 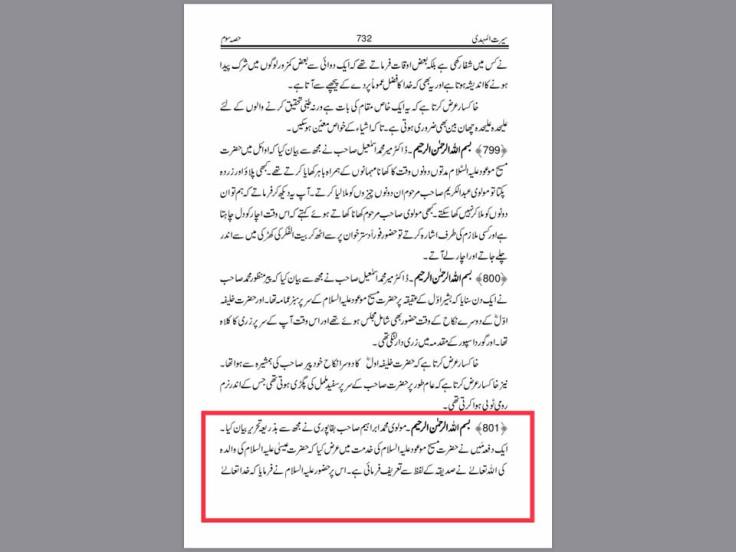 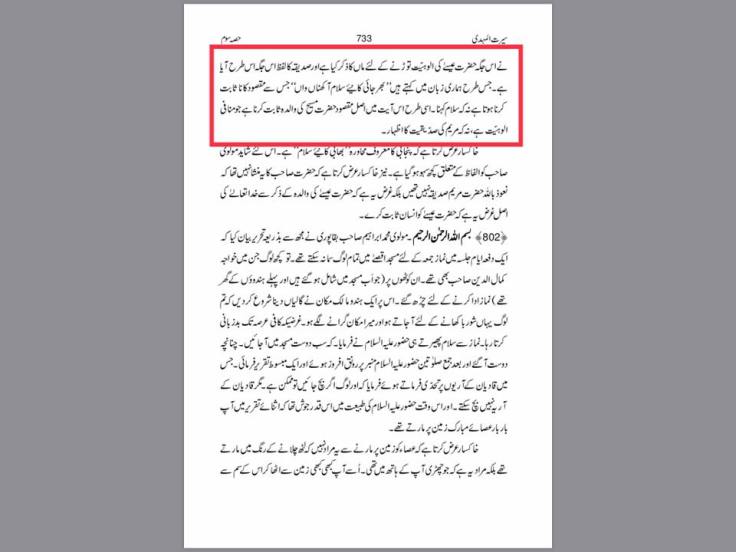 “(2) Islam, unlike Christianity, does not teach us that God was born of a woman – and was fed by sucking blood from the womb of his mother for nine months – the blood which had the qualities of prostitutes like the daughters of Saba, Tamar, and Rabah.” (Anjam-e-Athum, P. 41)

“that their (afghani) women meet and talk freely to their betrothed, some of their tribes (afghani) do not make distinction between being engaged and being in the Nikah. (mga is clever how he use the words, here he is saying  that even if one is engaged they would carry on as a married couple) women meet their fiancé openly and talk freely. Hazrat Maryam Sadiqa to go out with her fiance Yousaf freely, is the firm testimony on this Israeli tradition. Women of certain coastal tribes (afghani) cross the boundaries with their fiances to the extent that they get pregnant before the Nikah, they do not get frowned upon, and they push aside the issue laughing and joking about it. Just like Jews, they, being betrothed see it a kind of nikah, during which the is set too.”

“”5th point is their customs, which are similar to Jews, as their tribes don’t make a difference between regular relationship and marriage. Ladies meet their fiance quite often. Hazrat Mariam used to meet with her fiance Yousaf (Yusuf)(Joseph) before marriage, this is quote sufficient evidence of jewish customs. But these customs are too much between women of tribes of Sarhad, some of these women even get pregnant before nikah (marriage), and its not considered bad, people used to get-away with it and laugh, because like jews they believe “this-arrangement” to be like a nikah, because before it they fix a dowry for it…” 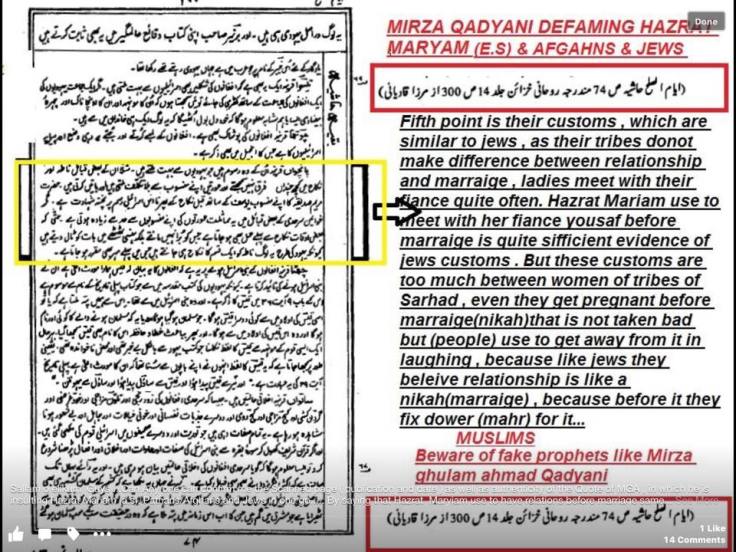 Mirza Ghulam Ahmad claimed that 66:12 of the Quran was revealed about himself via when he got pregnant in 1884

Mirza Ghulam Ahmad claimed that 21:92 of the Quran made him Mary and pregnant

Disrespecting Eisa (as) and Maryam