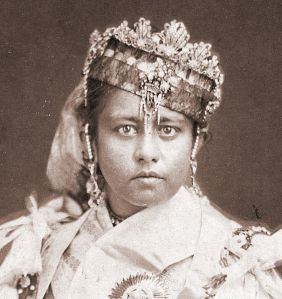 Intro
Ahmadiyya leadership has the terrible habit of covering up the misgivings of MGA. They try to present MGA as someone who was loved by all Muslims in India until 1891, however, that is not true at all, Muslims in India were fed up by MGA by 1885. In fact, it was only Muhammad Hussain Batalvi who continued to support MGA. In this specific case, I will present some evidence which shows that Sultan Shah Jahan, Begum of Bhopal, who’s picture is given in the above, was the major contributor in terms of the publishing of the first 4 volumes of the Braheen-e-Ahmadiyya. She seems to have never directly commented on MGA, however, her husband thought that the Braheen-e-Ahmadiyya was offensive and worthless, and thus tore it up and sent to back to Qadian in that condition, which enraged MGA.

By late 1884, MGA was considered a Kafir by most Ahl-e-hadith
https://ahmadiyyafactcheckblog.com/2017/12/09/mirza-ghulam-ahmad-was-considered-a-kafir-in-1884-before-his-wild-claims/

MGA claims that the downfall of Nawab Siddiq Hasan Khan is God’s wrath
MGA wrote later on, after the fact, as far as 1907, that this was divine intervention working.

She also donated to the building of the first mosque in the Uk, –the Woking mosque
Shahjahan Begum made sizeable donations towards the building of a mosque at Woking, Surrey in the UK. She also contributed generously towards the founding of the Muhammadan Anglo-Oriental College at Aligarh, which developed into the Aligarh Muslim University. She also subsidised the cost of a railway to be constructed between Hoshangabad and Bhopal.

Ahmadi’s took over the Woking in 1913
Khwaja Kamaluddin took over control of this small mosque in 1913. After the split of 1914, it fell into the Lahori-Ahmadi’s hands. The Lahori-Ahmadi’s managed it until the mid 1960’s, when Bashir Ahmad Misri (Who was the imam of that mosque) helped to get it out of their hands, which he succeeded in doing.

“””The reaction to Braheen was not uniform even among the Ahl-e-Hadith. Nawab Sidiq
Hasan Khan, for instance, angrily returned copies of Ahmad’s books sent to him with a
note saying that he was afraid that such controversial works will draw the anger of the
British authorities. Responding to Khan in an ishtihar (i.e., poster), Ahmad exhibited
a much more sophisticated and nuanced understanding of the relationship between
the British government and Christian missionaries in India than was common among
Muslim leaders of the time.”””