Intro
MGA hated his cousin so much so that he openly called his widowed wife as a prostitute (kanachi) even after his cousin died (1902). This woman who would be considered MGA’s elder sister (in village environment). This woman that he is calling a prostitute would eventually became the great grandmother of Asifa Begum. Who was married to Mirza Tahir ahmad in 1957. Listen to Zia Rasool from the Aaqa ka Ghulam youtube channel explaining this entire scenario (at the 4:00 minute mark).

She famously died in 1992 and Mirza Tahir Ahmad lived out his remaining 11 years. She died of pancreatic cancer on April 3rd, 1992. She was roughly 8 years younger than Mirza Tahir Ahmad, and thus born in 1938. She was barely 54 when she died.

It seems that in 1935, when the first edition of Tadhkirah was collected, this specific reference was found in MGA’s secret diary and authenticated by Mirza Bashir Ahmad and his team. This remained in the next 3 editions of Urdu Tadhkirah (1965, 1969, and 2004). However, as we look at the newest edition, the 2006 downloadable Urdu edition, the entire quote is missing, it was totally erased by Mirza Masroor Ahmad’s team (See the scans in the below). The urdu word for prostitute is Kanchni. 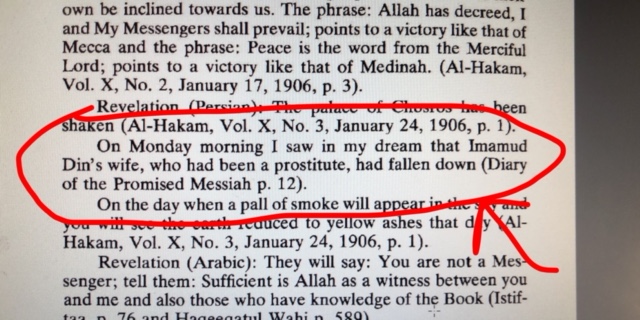 “On Monday morning I saw in my dream that Imamud Din’s wife, who had been a prostitute, had fallen down.” (Diary of the Promised Messiah p. 12). Quoted in Tadhkirah, 2004 edition.

Tadhkirah, 2004 edition, MGA called his cousins wife as a Prostitute–SCAN 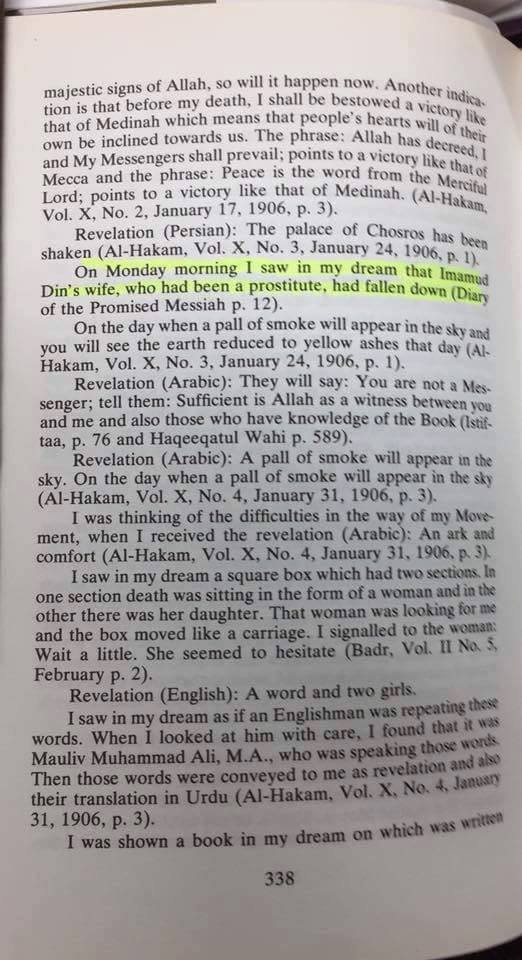 Download it here: The life of Mirza Tahir Ahmad

The grandson of Mirza Aziz Ahmad has died

Who is Mirza Aziz Ahmad? The eldest grandson of MGA, the son of Mirza Sultan Ahmad