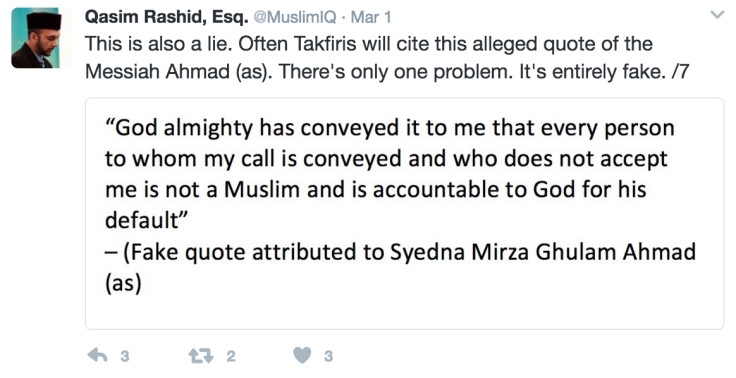 Intro
Mirza Ghulam Ahmad waited to do Takfir. He didn’t start in 1891. Interestingly enough, in 1899, MGA was ordered to never do Takfir on any opponent by the British Govt., (See Dard, pg.  662).  MGA claimed prophethood in 1901, however, he didnt issue any order on Takfir. Further, his book Tiryaq ul Qulub was published in 1902, and it indicated that MGA and his ghost writers didnt consider any Muslims as Kafirs, simply for rejecting MGA. However, this exact portion was written in 1899, and that was before MGA claimed prophethood.

Mahmud Ahmad quoted MGA’s letter to Dr. Khan and wrote a controversial pamphlet, entitled, “A Muslim is who he who accepts ALL the sent-ones of Allah”(see page 33). In this essay, Mahmud Ahmad openly did Takfir on all Muslims. Noorudin edited the essay heavily, and was openly concerned with the notions of Mahmud Ahmad.

The Al-fazl quoted MGA’s letter of 1906 wherein he did Takfir in his private letter to Dr. Khan. 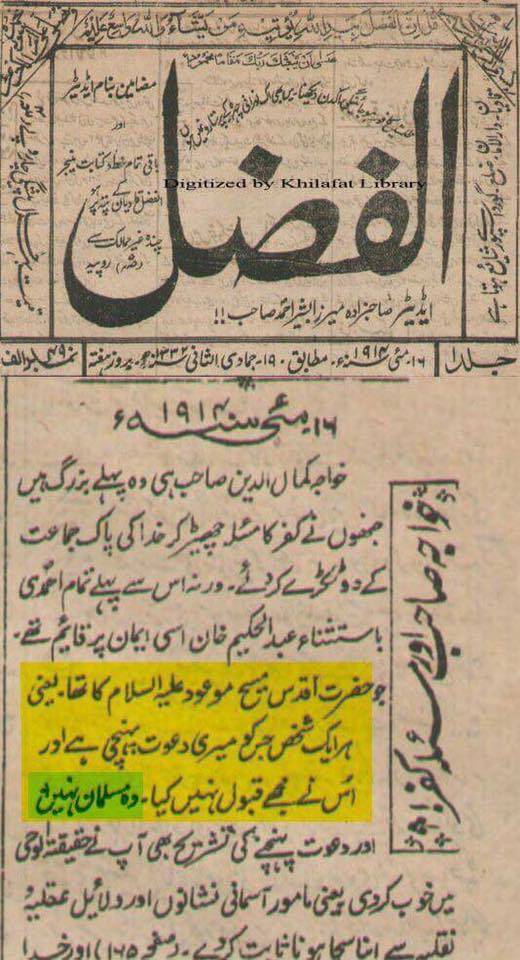 Mirza Ghulam Ahmad and 2:62, the “Salvation” or “status” of Non-Muslim’s in an islamic state?

24 thoughts on “Qasim Rashid keeps lying about his Messiahs Takfir”