Why did Zia ul Haq give Dr. Abdus Salam presidential treatment in December of 1979?

Intro
Rumors continue to swirl about Zia ul Haq and his Ahmadi connection, we have evidence from the Al-Fazl of 1941 that Zia did sign bait to the Ahmadiyya Khalifa, he may have done this only to get admission into the British-Army, since being an Ahmadi expedited that process. However, by 1947, he wasn’t listed among the famous list of 199 Ahmadi officers that was submitted to the boundary commission. However, even by 1951, Zia and his father were regular subscribers of Al-Fazl. Bhutto had begun removing Ahmadi officers in 1974 (see the case of Air Marshall Zafar), and 1975, this angered the Mirza family, they seem to have helped Zia come to power and immediately gave Bhutto the death penalty, in fact, an Ahmadi was working at that jail and brags about being the person who tied Bhutto’s hands and feet, there were probably more Ahmadi’s around in the courts who expedited the process of getting Bhutto killed. In 1978, as soon as Zia came to power, Ahmadi’s won a historical case wherein it was ruled by the Lahore High Court that Ahmadi’s could in-fact pose as Muslims, since this was allowed during the Mughal empire and under Hanafi Fiqh. By 1982, Ahmadi’s were over-represented in civil/government jobs in Pakistan and by a huge margin. By 1987, Zia had promoted 5 Ahmadi’s to the rank of General, there were 328 Ahmadi officer’s serving in the Pakistani military, all promoted by Zia and his friends and other Ahmadi sympathizers.

Zia invites Dr. Salaam to Pakistan From December 15th–23rd of 1979, after he wins the Nobel
Firstly, the Pakistani press and all other news outlets never reported any trip by Dr. Abdus Salam to Pakistan in 1979-1980, this was only revealed briefly by Singh in 1992, and explained in detail in 1997. After winning the nobel prize, with other scientists, Zia-ul-Haq wooed him to come back to Pakistan  via red carpet treatment. Dr. Salaam didn’t fly on commercial aircraft, instead, he flew on the Presidents aircraft (see pages 96-97, Singh). Salam arrived at the Karachi airport on 12-15-1979 (See Al-Nahl of 1997, page 112), only his Pakistani wife was with him, his British wife was not. On 12-16-79 he visited his sister in Multan. He then flew to Sargodha (in the afternoon)(which is barely 20 miles from Rabwah), he was received at the Pakistani Air Force base in Sarghoda, he was received by Mirza Tahir Ahmad and Mirza Khurshid Ahmad. They then drove to Rabwah under police escort. Dr. Salam attended the Ahmadiyya Jalsa in Rabwah in December of 1979 under govt. escort. On 12-18-1979, he flew from Rabwah to Islamabad via military helicopter. He was received by military and civilian government leaders and was allowed to spend the day and night at “Sindh house”. He met Zia ul Haq on that day also(See Al-Nahl of 1997, pages 112-113). Zia ul Haq then allowed Dr. Salam to read his prayers separately and called him a better Muslim than himself. On 12-19-1979, Sala visited PINSTECH, Major General Shafiq was also there.  On 12-20-1979, Zia gave Salam the country’s highest civilian honour, Nishan-e-Imtiaz, some Ahmadi’s were also there and vouched for all of this info in the Al-Nahl. On 12-21-1979, Salam flew to Peshawar and was again met by all the top military and civilian leaders of that area. Lt. general Fazal Haq was also there. Again they traveled via Military aircraft. In the afternoon, they flew to Lahore. Lt.General Sawar Khan hosted Salam and gave an amazing dinner at the Governor’s house, many Ahmadi’s were there also. On 12-23-1979, Salam gave a speech at the Punjab University of Lahore. A private dinner was arranged wherein mostly Ahmadi’s ate with Dr. Salam. On 12-24-1979, Dr. Salam left via military helicopter for Jhang, many Ahmadi’s were with him. He slept in a government rest house. On 12-25-1979, Salam left Jhang for Sargodha, via military helicopter, he then drove to Rabwah to attend the Jalsa, which lasted until 12-27-1979. On 12-28-1979, Salam was driven by Ahmadi youth to Lahore. On 12-29-1979, Salam headed out for Karachi. On 12-30-1979, he visited Sindh University. Lt. General Abassi hosted dinner of Salam that night, he was the governor of Sindh at that time. On 1-2-1980, Salam returned to England. After that, he got a visa for India (which is really hard) and visited his old teacher in India. Then again in 1987, Zia invited Dr. Salam as an official guest of the Government of Pakistan. When Zia died in 1988, Dr. Salam rejoiced.

The famous Ahmadi Generals
The first ever Ahmadi General was General Nazir Ahmad (1947), he was mentioned in the famous list of 199 Ahmadi officers that was presented to the boundary commission in 1947. Colonel Mirza Daud Ahmad was also mentioned in the list, he is a grandson of MGA. After him came General Abdul Ali Malik and General Akhtar Hussain Malik (these 2 are brothers), Zafar Ahmad Chaudhry, Major General Iftikhar Janjua, Major General Ijaz Amjad, Brigadier General Ijaz Ahmad Khan, Brigadier General Waqiuz Zaman, the Lahori-Ahmadi Major General Abdul Saeed Khan, and we are still adding to the list. There were also those were super trusted by the colonist back in 1947, they were Major Malik Habib-ullah (who died at the age of a 100) (from Dhulmial), Captain Nizam ud Din (he was the father of Brigadier General Mohammad Iqbal Khan) and Captain Umar Hayat (father of Commander Yousaf), Major-General Nasir Ahmad Chaudhry is another. In terms of Medical Doctors, Dr. Major Shah Nawaz, Commander Dr. Abdul Latif (ww-2 era) were some of the first. During Zia’s era, Lt-Gen Mahmood-ul-Hassan and his protege Major General Dr. Mahmood ul Hassan Noori who was probably the last Qadiani to make it to the rank of General.

Famous Ahmadi officer’s who almost made General
Major Syed Maqbool Ahmad was a colleague of Zia and one of the founders of ISI.

Nasir Ahmad Faruqi (a Lahori-Ahmadi)
He was the principal secretary for Ayub Khan from 1959 to 1969 as well as Chief Election Commissioner of Pakistan for the 1965 election, which was totally rigged. The elections in Pakistan were under his control in 1970 also. 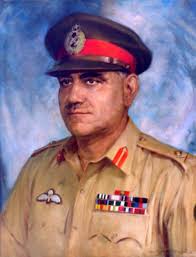 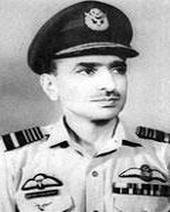 44 people are talking about this

7 thoughts on “Why did Zia ul Haq give Dr. Abdus Salam presidential treatment in December of 1979?”