“”Dr Mir Muhammad Ismail stated to me that once Hazrat Masih Maoud formulated a tablet for the treatment of patient of TB, (tuberculosis). Beside quinine, camphor, opium, and hemp, he added some poisonous substances like Dhatoora, in it. He used to say that for the sake of life, life saving and use as a medicine, prohibited goods are allowed too. This humble self says that Hazrat sb has issued similar FATWA (religious decree) for wine. If a doctor or Tabib prescribe them. Then on this occasion hazrat sb told that his great grand father when at death bed was offered Wine by his Tabib but he refused by saying that he would die but would not taste wine”” 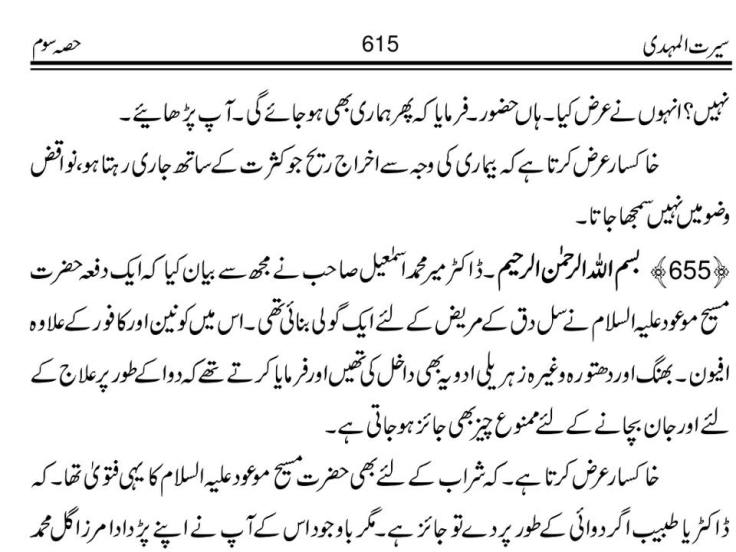 Mirza Ghulam Ahmad liked his opium sprinkled into his Lassi

Nooruddin treated Mirza Ghulam Ahmad for impotency and many others, with opium!!!!

Mirza Basheer uddin Mahmud Ahmad was poisoned as a child, then had many mental issues

A newspaper, the Lancet calls MGA a scamp or a blasphemous idiot (1898)

38 thoughts on “Mirza Ghulam Ahmad used poison, opium and wine in his medicines”