The history of Ahmadiyya in Benin

Intro
Benin was colonized by the French, its a West African nation and is the birthplace of the vodun (or “voodoo”) religion and home to the former Dahomey Kingdom from circa 1600–1900. Islam was entrenched in the north, they are mostly Maliki-Muslims. Mirza Mubarak Ahmad in his famous “Foreign Mission” (1958) doesn’t mention any Ahmadiyya mission in Benin (See the 1961, 3rd edition), Fisher doesn’t mention Ahmadiyya in Benin either (1963). The first ever Qadiani-Ahmadi missionary was sent in the 1980’s. By 1998, per Ahmadiyya sources, there were scarcely 1000 Ahmadi’s in the whole country, however, this is a lie, it was most likely less than 100. The Ahmadiyya movement announced 2-3 million converts and specifically in the area of the The Trans–West African Coastal Highway, the Khalifa claimed that there are 328 cities around the border with Niger and most of the converts came from this area. By 2001, the Ahmadiyya jamaat and the Khalifa were claiming 1.3 million Ahmadi’s in Benin, which is a total farce. At the 2002 UK annual Jalsa, the Khalifa, Mirza Tahir Ahmad brought many so called Kings from Benin and claimed to have specifically fulfilled a prophecy of MGA, wherein it was described that kings would seek blessings from MGA (or his descendants) garments. However, by 2002, there were barely 4-5 Ahmadiyya mosques in the entire country and even those were very small and in villages, nothing in any major city. By 2004, the new Khalifa, Mirza Masroor Ahmad visited and thus for the first time ever, a sitting Khalifa visited. He opened the Baitul Tauheed mosque, which was the biggest Ahmadiyya mosque in the country. The Khalifa visited again in 2008 and opened the Al-Mahdi mosque in Porto Nova. In 2020, the Ahmadiyya movement fraudulently reported 1000 converts for the 2019-2020 fiscal year, which is a total lie. At the annual Jalsa, barely 200 people attended, most of which were probably guests.

Ahmad Rana Farooq also phrase as Rana Farooq Ahmad, is the missionary-in-charge, he seems to be the only Ahmadi mullah working in the country. We haven’t found any others.

The first ever Qadiani-Ahmadi missionary to be officially sent to Benin was Maulana Ahmad Shamsheer Sookia (1980’s).

We have counted 16 Ahmadiyya mosques in the entire country.  Most of the Ahmadiyya mosques in Benin are very small. There are 12 mini-mosques, wherein the capacity is barely 50 people, these are in small villages. They are the first 8 listed in the below. Most of these are in the southern region of Benin. In the northern area of Benin, the entire population is Maliki-Muslim and not converting to Ahmadiyya,.

In 2008, the Khalifa, Mirza Masroor Ahmad travelled to Benin and opened the Al-Mahdi Mosque, which is now the headquarters of the Benin jamaat. The 10th is the grand mosque in Porto Novo, Benin, which is the capital, this was opened in 2008. The other large size mosque is Baitul Tauheed, which was opened in 2004. There are 2 others, one in Bohicon and the other in Save. MTA news tells us that 4 additional small mosque were opened in 2018.

One of our youngest head physicians in the world is Dr Anila Bhunnoo-Abdullah, Ahmadiyya hospital, Parakou, Benin Flag of Benin 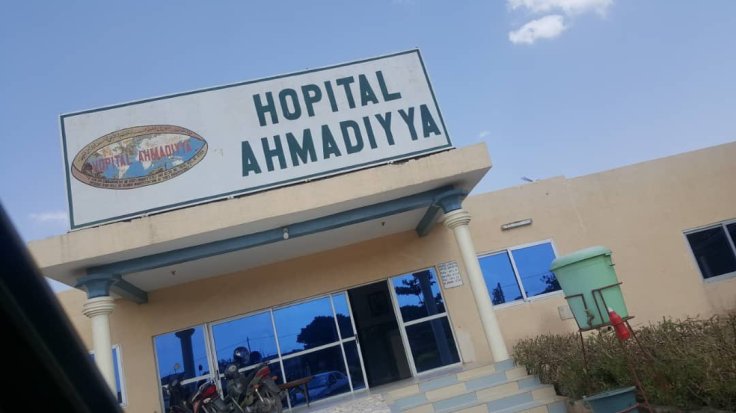 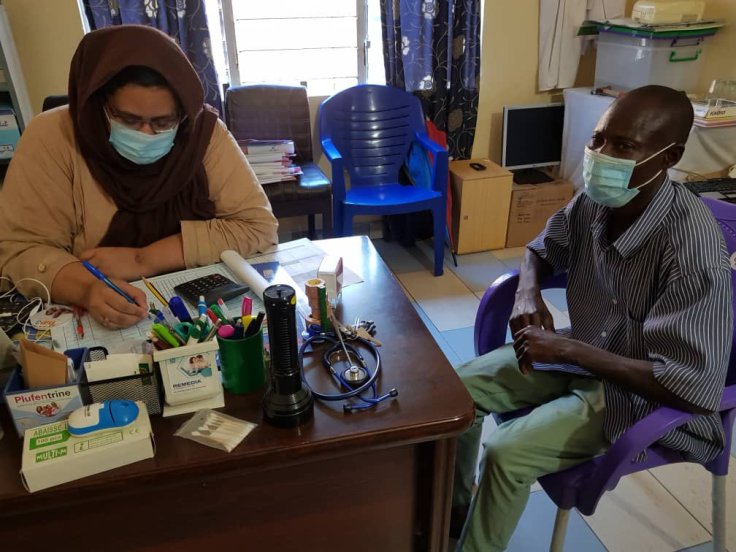 After the initial introduction, a Central Missionary in the person of Maulvi Bashirud-Deen was sent there to survey the situation. In 1972 however, the Jama’at requested the then Amir Maulana Muhammad Ajmal Shahid, to send Resident Missionary. Alhaji Muhammad Taoheed Shekoni was  posted to them. He met three active members of the Jama’at with whom he was carried  on his preaching activities. The brothers were:  Sikiru Dauda, Abdul Lateef and Bisiriou Raji.  Port-Novo was used for the Jama’at’s daily and Jum’ah Prayers. This, therefore, marked the beginning of a regular Jama’at of Ahmadiyya in The Republic of Benin. Initially, as a result of the opposition encountered by the Jama’at, the members’ wives did not join the Jama’at until some- time later.

The Jama’at also built a one-storey Mosque on a piece of land donated  by Alhaji Bisiriyou Raji, the then  President of the Jama’at. Even Eid prayer was being observed on one of his farmlands. After the departure of Alhaji Muhammad Taoheed Shekoni, who spent one and a half years in the People’s Republic of Benin, some other Missionaries were sent there at different times. Those sent there included  Late Bro. A. R. Oluwa and Alhaji M. A. Salman (on several occasions). In particular, Brother Tajudeen Abdul Azeez was there for a considerable length of time.  Later on, a Central Missionary in person of Maulvi Sookia was also posted there to teach and lead the Jama’at.

Owing to the activities of hostile non-Ahmadis, the Jama’at Mosque in Port-Novo was closed down for some time by the government. But the ban was later lifted through divine grace. The Jama’at was thus once again making progress in the propagation of Ahmadiyya in the People’s Republic of Benin.

The first ever Qadiani-Ahmadi missionary to be sent to Benin was Maulana Ahmad Shamsheer Sookia (1980’s)(See Ahmadiyya Muslim Mosques Around the World, 2008). By 2014, was working as the missionary-in-charge for the Ahmadiyya jamaat in Mauritius, another french speaking nation.

Per Ahmadiyya sources, Dr. Abdus Salam begins working with the Benin government to connect his International Center of Theoretical Physics with the Benin Institute for Mathematics and Physics, which opened in 1988. (See Ahmadiyya Muslim Mosques Around the World, 2008). 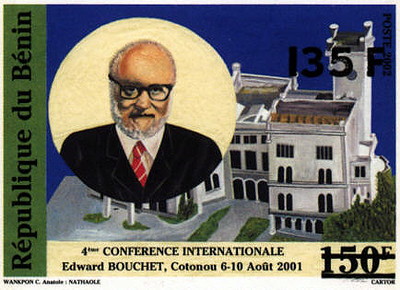 Ahmadiyya sources (See Ahmadiyya mosques around the world) report that there were barely 1000 Ahmadi’s in the country, however, the number was probably less than 100. (See Ahmadiyya Muslim Mosques Around the World, 2008).

Baitul Tauheed Mosque is inaugurated. It is the economic center of Benin, in Cotonou. Capacity seems to be 1000. The Khalifa meets the president of Benin also.

The Khalifa announces that 10,000 people joined Ahmadiyya from Benin in the 2019-2020 fiscal Ahmadiyya year, which ends in roughly July-2020.