The history of #Ahmadiyya in #Japan

Intro
Per Ahmadiyya sources, there are barely 300 Ahmadi’s in Japan, and mostly Pakistani immigrants on asylum. There is only one Ahmadi mullah working in the country.

Baitul Ahad -The Japan Mosque (Japanese: ベイトゥルアハドモスク – 日本のモスク) or simply The Japan Mosque is an Ahmadi Muslim mosque, located in Tsushima, on the outskirts of Nagoya, in Aichi Prefecture.

We have posted MGA’s alleged revelations about Korea (See ROR of Jan-1912), MGA was allegedly predicting the humiliation of Korea. Ahmadi editors claim that MGA was predicting the victory of Japan.

The first Ahmadi Muslim missionary to be sent to Japan was Sufi Abdul Qadeer, who was sent by the second Caliph. He arrived in Japan on June 4, 1935. Qadeer was later joined by another companion, Abdul Ghafoor. However, due to the escalating war, the mission had to be abandoned, and the two missionaries had to return to their country in 1941. arrived in Japan in the city of Kobe, located on Osaka Bay in central Japan. Once there, he made it a priority to begin learning Japanese and dedicated himself to this task. Day and night, he busied himself
in propagating Islam in Japan. He delivered lectures in many places.

The ROR of Jan-1936 alleges that Ahmadiyya has centers in many countries of the world, these were all represented at the 1935 Jalsa at Qadian. They are as follows: England, America, Japan, China, Syria, Palestine, Egypt, Java and Sumatra, Nigeria, Nairobi (Modern day Kenya), Afghanistan and Persia.

The ROR of Feb-1936 mentions the spread of Ahmadiyya in Japan.

Efforts were revived during the late 1960s and the 1970s.[3] Mirza Mubarak Ahmad, a prominent Ahmadi Muslim and later Major Abdul Majeed, a retired soldier and a missionary of the Community was sent by the Third Caliph. During this period, missionary activity was centered in Tokyo.

From 1975 to 1983, Ataul Mujeeb Rashed served as a missionary in Japan. Methods adopted by Rashed included flier distribution, such as at the Hachiko exit of the Shibuya Station, and preaching over a loudspeaker, whilst driving a car printed with religious slogans. As advised by the caliph, and recommended by Rashed, the headquarters shifted to Nagoya, when a mission house was bought in the city in 1981. In 1989, a Japanese translation of the Quran was published. The Quran was translated by Atsushi Kobayashi, a 1957 convert, who adopted the name, Muhammad Uwais Kobayashi. The first caliph to visit Japan was Mirza Tahir Ahmad, whose visit in 1989 coincided with the publication of a translation of the Quran into Japanese, published by the Ahmadiyya Muslim Community. 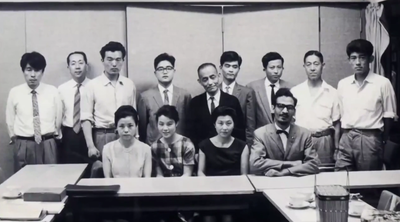 The history of #Ahmadiyya in #SouthKorea

“The History of Muslims in Japan” by Anees Ahmad Nadeem

9 thoughts on “The history of #Ahmadiyya in #Japan”