The history of #Ahmadiyya in #Norway

Intro
By 2021, there seem to be less than 500 Ahmadi’s in all of Norway. There is also only 2 Ahmadiyya places of worship, one of which is the largest mosque in all of Scandinavia (see photos in the below). The missionary-in-charge is Shahid Mahmood Kahloon, he has been working in Norway since at least 2008 (see Ahmadiyya Mosque’s around the world), here we have a video of him at the Jalsa-Norway in 2018. He is from Pakistan, and seems to only be able to intelligently speak Urdu. By watching this video and other research, we estimate there to be 500 Ahmadi’s in all of Norway, of which 90% are recently asylum cases. Check their official twitter account herein.

In 1957, a local Nordic man, Truls Bølstad (born in 1941)(also called Noor Ahmad) converted to Ahmadiyya, he was there in 1980 when the 3rd Khalifa opened the Ahmadiyya temple, which was called the first ever mosque in Norway. He was very young at the time and never read any books of MGA. His children are not Ahmadi.

Kamal Yousaf was the pioneering missionary to Scandinavia (Denmark, Norway, Finland, Iceland and Sweden). Ahmadiyya sources claim that he landed in Oslo, Norway in 1958. The first Ahmadiyya place of worship was opened in 1980, and in 2011, as is the normal Ahmadiyya method, they built the largest mosque in all of Scandivia, the Ahmadiyya Movement even requested armed police.

In December, the Community bought a villa in Frogner, a residential borough in Oslo, which became the Community’s first mosque. Five years later, in 1985 a bomb was planted inside the mosque by a 19-year old neo-nazi member of the National Democratic Party, injuring at least one Ahmadi Muslim woman. The attack took place during the month of Ramadhan.

The 3rd Khalifa visits and inaugurates the Noor Mosque in Oslo on August 1, 1980.

Truls Bølstad together with Nasir Ahmad, the then head of the Ahmadiyya Muslims, the third caliph, during the opening of the Nor mosque at Frogner in August 1980. 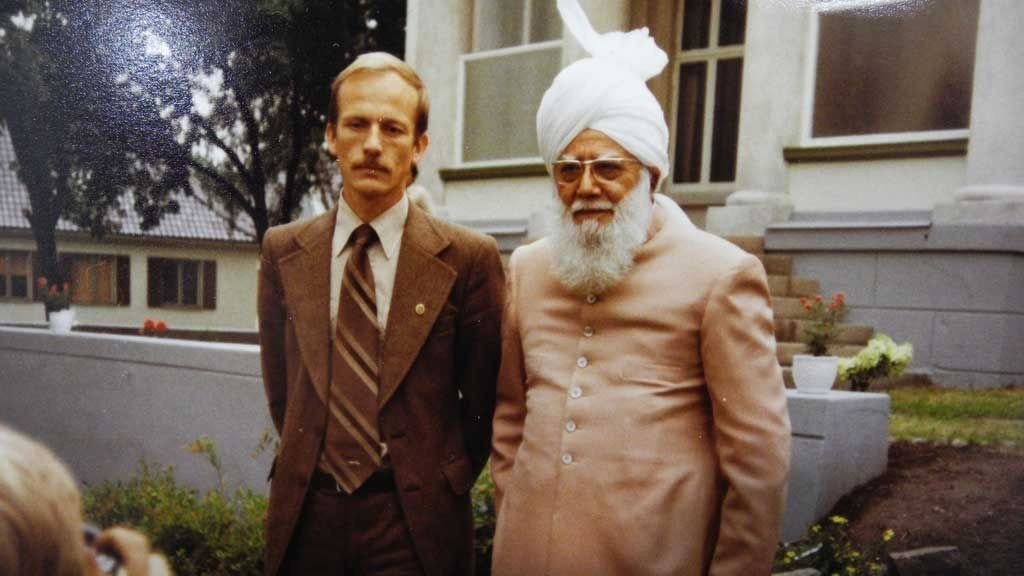 The 4th Khalifa visits on July 31st and holds a Majlis e Shura.

The first ever Jalsa Salana was held.

The opening ceremony of the Bait-un-Nasr Mosque was held on 30th September, 2011. This is the first purpose built Mosque constructed by the Ahmadiyya Muslim Community in Norway and it stands as the largest Mosque in the country. The mosque itself is situated on 7759 square meters of land. A total of 2250 worshippers can offer prayers simultaneously in this Mosque. The dome of Mosque is five meters tall and there is a library, offices and a large kitchen on the premises. The Mosque is located on a motorway en route to the Oslo Airport. About 80,000 cars etc. pass by every day. 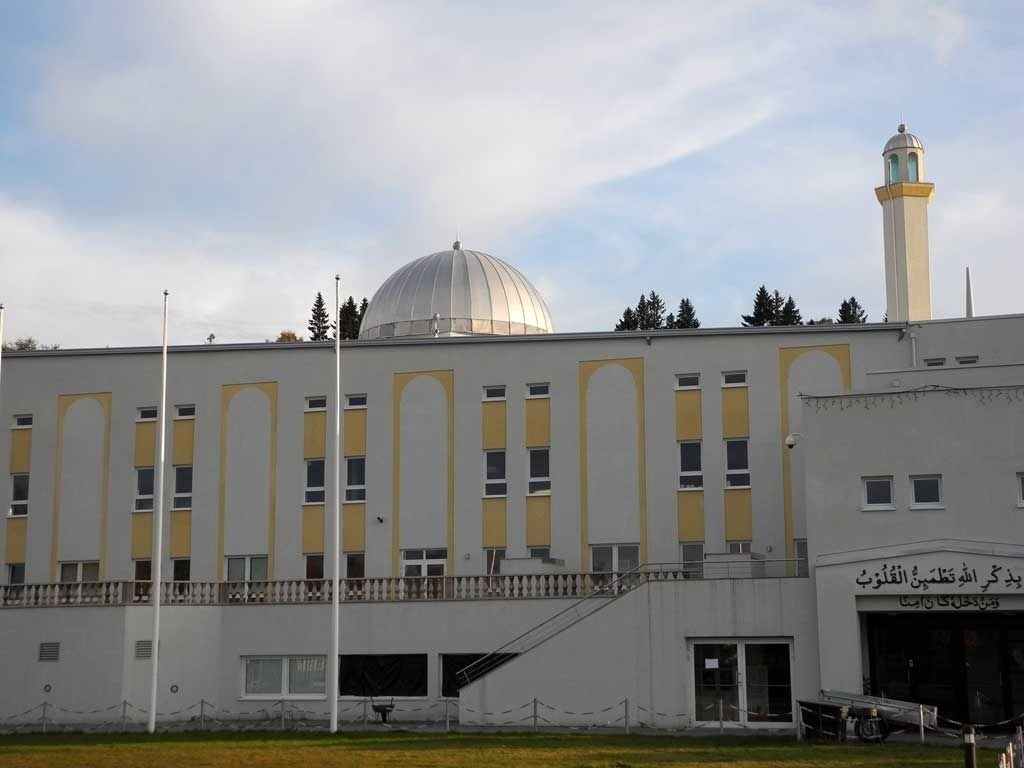 The 36th Jalsa Salana is held.

He claims to have exchanged letters with Kamal Yousaf in 1957 and then converted to Ahmadiyya. In reality, he seems to have accepted money to join.

Married for almost 50 years
It was after he had been a Muslim for a couple of years, he met the great love of a girl from Trøndelag. Ann Marlen, as she was called, did not allow herself to be intimidated by her boyfriend’s religious beliefs. Now they have been married for 48 years. The couple has two children who are now adults and two grandchildren. The wife converted herself a couple of years after they got married, but the two children did not choose to follow in their parents’ footsteps when they were old enough to make their own choices about life. Bølstad thinks it’s okay. He says he does not want to force his choice on others.

The history of #Ahmadiyya in #Sweden

The history of #Ahmadiyya in #Denmark

The history of #Ahmadiyya in #Finland

3 thoughts on “The history of #Ahmadiyya in #Norway”