Ranjit Singh was in power, he thus confiscated  all the misl’s in the Punjab and gave it governmental ownership, except the Ahluwalia Misl, and this is where Mirza Ghulam Murtaza lived. He might have met his wife (Charagh Bibi) in a village named Aima in this era. From 1840-1855, MGA went to Aima many times in his youth.

See Dard, pages 17-18. This proves that the Mirza family turned on the Sikh Empire and was to be awarded.

He has the Masjid Aqsa built. The piece of land on which it stands belonged at that time to the Sikhs, and he bought it at an auction at the very high bid of Rs. 700. He had made up his mind to buy it at any cost, as he wanted to make amends for the worldly pursuits in which he had spent his life. People taunted him for building such a big mosque while there were no worshippers for it. Little did they know that it was to be crowded with devotees, and that the sincerity with which it was built was to be reflected in the necessity to extend it again and again. He also tried to regain possession of the mosque which was converted into a temple; but the legal proceedings he instituted did not meet with any success. The mosque is situated inside the compound of the family house of Mirza Ghulam Ahmad which now serves as the centre of the Ahmadiyya Muslim Community in India located close to the White Minaret and important offices of the community.
_____________________________________________________________________________________________1876-His death

“””I saw my father in my dream (it was really an angelic manifestation in his form). He was holding a small stick in his hand, which I understood was for the purpose of beating me. I said to him: Does any one beat his own children? On this his eyes became wet and when he tried to do it again I said the same thing. After this had happened two or three times I woke up.””” 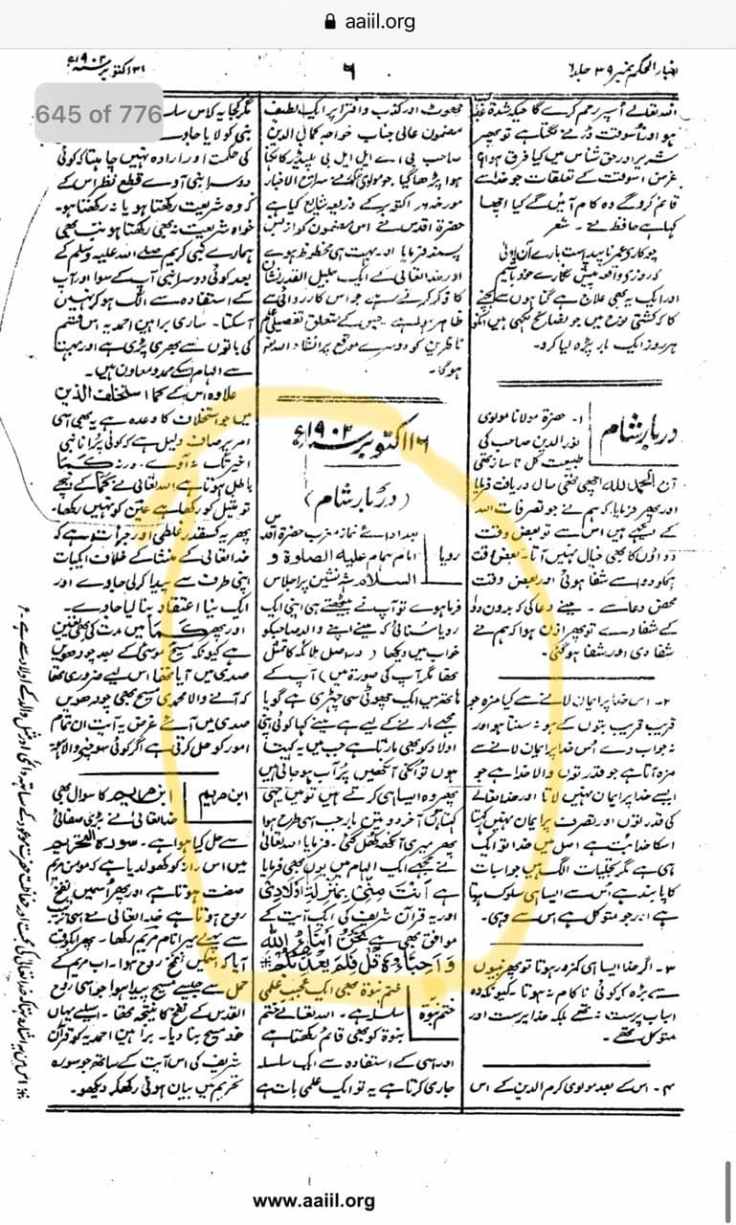 In the Al-fazl of June-11, the death of Mirza Ghulam Murtaza is mentioned via pechas (bloody diarrhea)(see at the 23:50 mark).

Who is Murad Bibi?

The entire Mirza family was above the law in British-India

Even in 1907, Mirza Ghulam Ahmad was still lusting for his niece, Muhammadi Begum

“The Punjab Chiefs”, 1909 edition, officially states that Mirza Ghulam Ahmad was born in 1839

The Mirza family was above the law in British-India

Forefathers of the Promised Messiah(as)

MGA’s right arm was disabled, he cant be Sultan-ul-Qalam

Forefathers of the Promised Messiah(as)

Even in 1907, Mirza Ghulam Ahmad was still lusting for his niece, Muhammadi Begum