The history of Ahmadiyya in China

Intro
Chinese Muslims’ turn toward Arabo-centrism and Islamic modernism in the early 1930s
appears to have resulted from a controversy over the Ahmadiyya. Through Zhao Zhenwu’s
outreach efforts, Yuehua also came into possession of a number of Ahmadiyya publications from India, Europe, and Britain. The Ahmadiyya were a controversial Islamic movement founded by Mirza Ghulam Ahmad of Qadian in the late nineteenth century; later, a second branch developed in Lahore. While the Ahmadiyya became highly influential for its widespread work in South Asia and Europe and its apologetic explanations of Islam, it was reviled by figures such as Rashid Rida due to its loose approach to matters of doctrine, its embrace of English and other non-Islamic languages, and above all, its founder’s claim to be a new savior figure in Islam. Most of the Ahmadiyya publications Yuehua received were indeed written in English.129 By this point, Yuehua had received relatively few publications in Arabic or from the Arab Middle East. In the late 1920s and early 1930s, a group of Beijing-based Chinese Muslims calling
themselves the “Searching Academy” (Zhuiqiu xuehui, literally “Seeking Knowledge Study
Society”) published a set of translations of Ahmadiyya works into Chinese, including M. Manzur
Ilahi’s The Muslim Catechism and Maulana Muhammad Ali’s Islam: The Religion of Peace. (See John Tseh-han Chen’s academic work on Ahmadiyya).

As a whole, the list of foreign periodicals received by Yuehua from 1931 to 1933 forces
us to reconsider the weight of the Arab world as against that of other Muslim regions in Chinese Muslim practices of textual transnationalism. A particularly conspicuous absence from that list is Rashid Rida’s al-Manar (Cairo, 1898–1935), one of the most sustained, widespread and influential voices in the history of Islamic modernism (it is also an ironic absence given Rida’s fierce polemics against the Ahmadiyya).

In other words, just as Zhao Zhenwu’s efforts to make contact with Muslim publications
outside China did not focus exclusively on Arabic publications, they also did not singlemindedly
seek out publications identifiable as Islamic modernist—this in spite of Zhao’s studies
with Wang Haoran and Da Pusheng. On the contrary: the presence of so many Ahmadiyya
publications, and the glaring absence of al-Manar, vividly illustrate that Zhao’s outreach project
was highly uneven and eclectic, and—as he admitted in Yuehua’s English-language notice—
aimed at connecting with any and all Muslim groups outside China. It was not inevitable that
Yuehua would come to espouse Islamic modernism at the expense of movements such as the
Ahmadiyya, or that it would come to place such a high value on the Arabic language.
Nevertheless, not long thereafter, a greater emphasis on Arabic language and Islamic
modernism is precisely what came about, due largely to the Ahmadiyya controversy itself. In
1932, Yuehua published an article on this controversy by the Chinese Muslim scholar Hai
Weiliang, then only twenty years old and studying at the Nadwat al-‘Ulama in Lucknow. Hai
wished to convey a “word of caution” to Chinese Muslims in China. The purpose of this
admonition was to dissuade Chinese Muslims from relying on Ahmadiyya writings, and instead
advocate greater attention to Islamic modernist thought produced in Arabic.135 Hai sympathized with Chinese Muslims’ impulse to reach “all the brethren of the world,” but criticized the Ahmadiyya’s heterodoxy nonetheless:

The July-1916 edition of the ROR has an article entitled, “The Ahmadiyya Movement and the British Government”. It then reproduces a letter from 1912, from Hong Kong, wherein the colonists informed the governor of the Punjab about the situation of Ahmadi’s in Hong Kong and how the Muslims of Hong Kong wouldn’t allow Ahmadi’s to be buried in their cemetery.

The ROR of June-1917 reports that Ahmadiyya Movement has an honorary missionary working in Hong Kong.

In the August edition of the ROR, on the cover, a chinese man’s photo is given, his name is alleged to be Mr. T. Sakuma, and it is listed that he is the Director of the International Moslem Association, and editor of the “Light of Islam”, Shanghai, China.

He seems to have been bought out by the Ahmadiyya Movement. In the year 1990, Osman Chau translated the Quran in Mandarin Chinese.

There are no known organized Ahmadi communities in China. Besides a number of refugees, students and expatriates. The Chinese section of the movement is itself based in Surrey, United Kingdom, as opposed to being based in China.

In the year 1949, four Ahmadi Muslim Chinese students, from various parts of China, sailed via Singapore on SS Shirala, for Rabwah, Pakistan, in order to undergo a five-year course at the Pakistani branch of the Ahmadiyya University of Theology and Languages. The students, all in their twenties, were Mohammad Chong from Beijing, Osman Chau from Anhwei, Idris Wong and Ibrahim Ma, both from Shandong. While Chong previously studied at an Islamic school in the capital, the rest were students of Nanjing University.[2]

In 1966 Muhammad Osman Chou, an Ahmadi Muslim missionary who grew up in Anhui, China, was transferred to Singapore in April 1966. During his term, which lasted 3 years, he translated a number of Ahmadiyya books into Mandarin, including, The Philosophy of the Teachings of Islam and Ahmadiyyat, the True Islam.[5]

In April 2012, the head of the Ahmadiyya movement of Israel, Muhammad Sharif Odeh visited Yinchuan, the provincial capital of Ningxia. Odeh held a meeting with Li Rui, the vice chairman of the autonomous province, taking the opportunity to introduce the peaceful and humanitarian activities of the Ahmadiyya movement around the world. He led a delegation to participate at the China-Arab Economic Trade Forum held in September of the same year.[7][8] Ningxia is one of the two Chinese provinces with a large proportion of the population following the Islamic faith. Approximately 33% are estimated to be Muslim in the province, while almost 60% are estimated to follow the religion in Xinjiang.[9]

Ahmadiyya version of events in Singapore 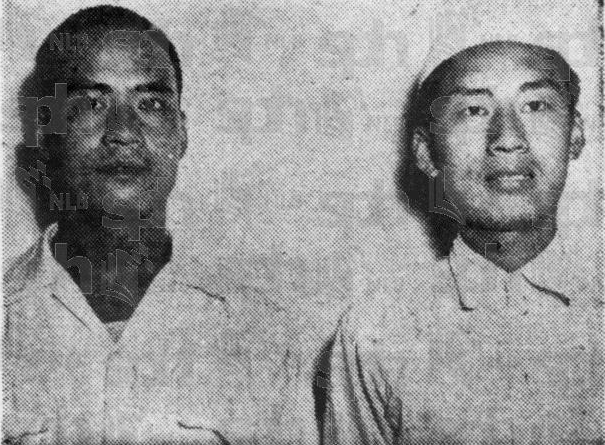 3 thoughts on “The history of Ahmadiyya in China”