The history of Ahmadiyya in Syria

Intro
In 1924, after arriving in Egypt on 7-28-1924, the 2nd Khalifa and his team began their travel by road to Jerusalem and Damascus on 7-31-1924. He seems to have stayed for a week, this was French controlled Syria and the French were weary of the Ahmadi’s. He traveled to Damascus by train where he is reported to have attracted publicity as well as some opposition (see “Near East & India”. London. September 11, 1924). He discussed the claims of the founder of the Community, Mirza Ghulam Ahmad, with leading scholars, and other intellectual figures from Damascus (see “Akhbaar Al-Qabas”. August 8, 1924. Retrieved October 1, 2016).

This history of Ahmadiyya in Syria ends in 1929, in 1955, Zafrullah Khan shows up with the Khalifa and commits fornication with a lebanese woman. In 1958, via the famous book, Our Foreign Missions, 1961 edition, by Mirza Mubarak Ahmad, the Ahmadiyya claims that they have a murrabi working in the country by the name of Syyed Munir-al-Hassani, however, this seems to be a lie. In 2021, Humanity First Canada has been trying to work in Syria and use their NGO to get converts.

Jalal ud Din Shams is living in Syria. Maulvi Sayyid Zayn al’Abidin Waliullah Shah himself was able to obtain a position of lectureship at the “Sultania College” in Damascus for period of time before his return to Qadian, the then international headquarters of the Ahmadiyya movement. Following his return, Shams was left alone in Damascus at the instruction of the caliph. He thus disappeared into the history of Ahmadiyya.

In this photo, the Ahmadiyya Movement made it look like people were converting to Ahmadiyyam, this is a lie and was done for the purposes of marketing. 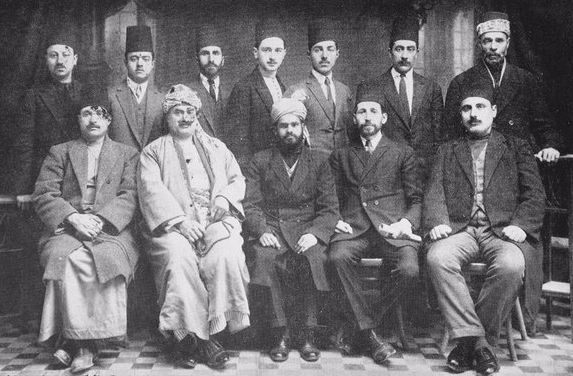 The ROR claims that an entire family of Syrians has converted to Ahmadiyya. See the pic.

The ROR made no mention of how Shams fled the country, instead, they claim that a man named Munir Effendi ul Hasni is the Amir of the Ahmadiyya Movement. However, this is a total lie.

Zafrullah Khan’s final marriage was in 1955, a short lived and haraam marriage, with a Lebanese girl named Bushra Rabbani, who was living in Syria at the time. Zafrullah Khan stopped in during his trip to London (we don’t know if it was coming or going)(see “Ahmadiyya Movement: British-Jewish Connections” by Bashir Ahmad [1995], pages 325-326). Its unclear how and when he met up with the Khalifa.

Who is Zafrullah Khan?

One thought on “The history of Ahmadiyya in Syria”